A statement that I hear a lot from photograph beginners is, "I tried to take a photo of my children playing football, but it just came out blurry, what am I doing wrong?" Capturing movement with your camera isn’t something that will come intuitively to many, but unless you want to be taking still life and landscapes shots for the rest of your life, it’s time to learn how to take action shots!

If you’re struggling to get enough light in, try cranking up the ISO. If that doesn’t work, then switch to manual so you have control over the aperture and select something nice and wide such as f2.8 or f4 to let as much light in as possible. If your at your highest workable ISO and your widest f/stop, the shutter speed will be as fast as it can go with the given situation. 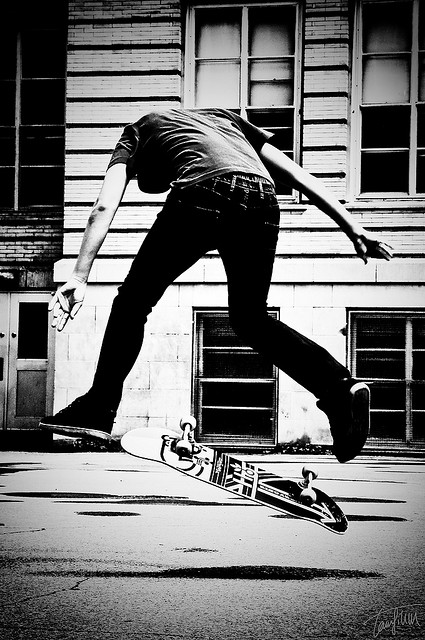 Anticipation is the key

So how does one go about capturing those allusive action shots? Well, the first thing to learn is that you need to be ready. It’s vital to have your camera set up to shoot so that all you have to worry about is composing and capturing the shot you want.

Knowing what you want to achieve can be helpful, but getting great actions shots is more about reacting quickly and decisively to what is going on around you. Being aware of the subject matter and having a level of understanding as to what is likely to happen next will enable you to anticipate and capture it. 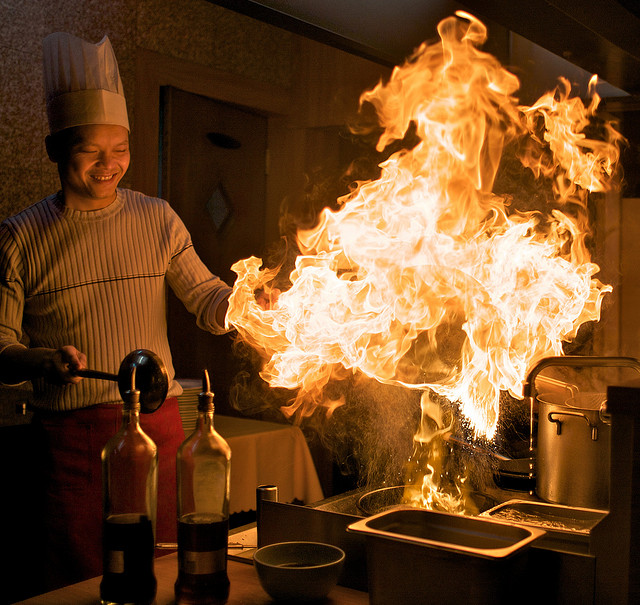 Prepare with the pre-focus

In many cases, you’ll know where the action is about to happen, particularly in sports, for example, a base in baseball or the wicket in cricket. In order to do all you can do prepare yourself for the shot, focus your lens on that area long before the action happens. Then all you have to do is wait until the scene begins unfolding through your viewfinder and get snapping without you or the camera having to take time to focus. 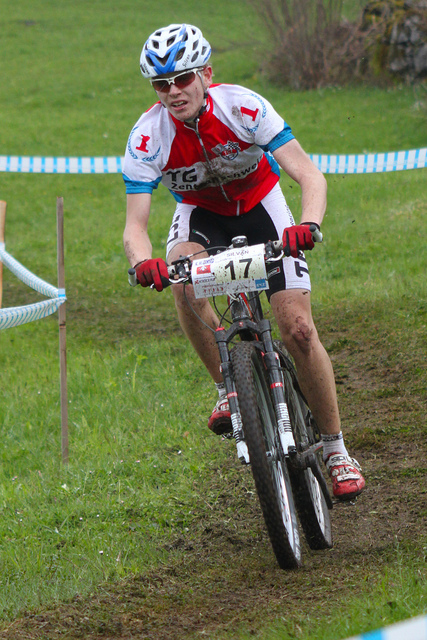 In order to get the shot you want, you have to have the best vantage point possible. Take time before the action starts to prepare a good point to view it from. Having a clear view is essential, but more than that, it’s important that you’re at the right level for the shots you want.

It’s no good trying to take action shots of your kids from a first floor bedroom window. You need to be at their level to see their reactions and movements. Think about the angles at which your shooting at and whether you want to shoot something side on, facing it, from above it, below it, on it, in it or any other angle you can think of! 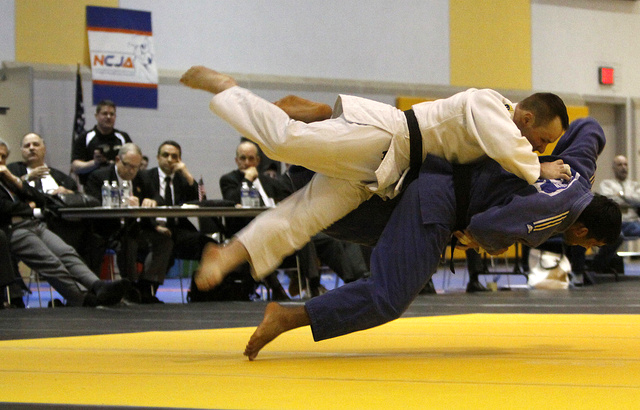 Once you’re in position, keep shooting and shooting and then shoot some more. Not only does the law of averages suggest that the more shots you take the more likely you are to get an image you like, but you’re also far less likely to miss that pivotal moment.

Keep your eyes on the action, and avoid chimping (staring at your LCD screen after you take some photos). There will be time for that when you get home. This will help you avoid getting distracted and missing the shot you’ve been waiting for. 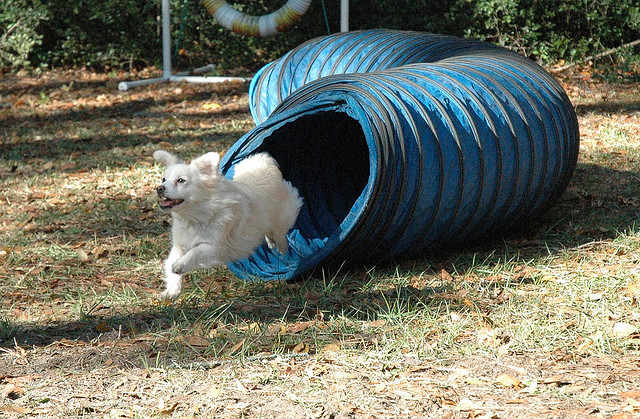 If, however, the photographer tracks with the car, turning to follow it as it moves down the street, then there is a far greater chance of capturing a sharp image with the car in focus. 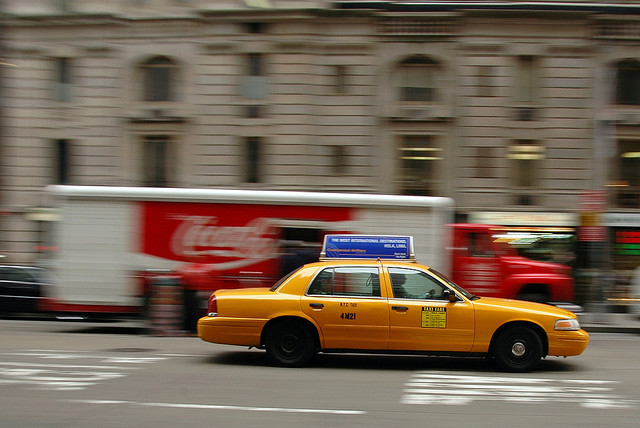 The techniques involved with photographing kids and pets in action are worryingly similar, although it will depend a lot on how much the subject responds to directions and demands. It’s essential to get down to their level, to see the world from their perspective and be able to react to their responses to what they are seeing and interacting with.

Where kids are concerned, watch their faces for smiles, frowns and everything in between. You’ll need a fairly quick shutter speed to capture their motions, dogs move particularly quickly, so something above 1/500 may be required. 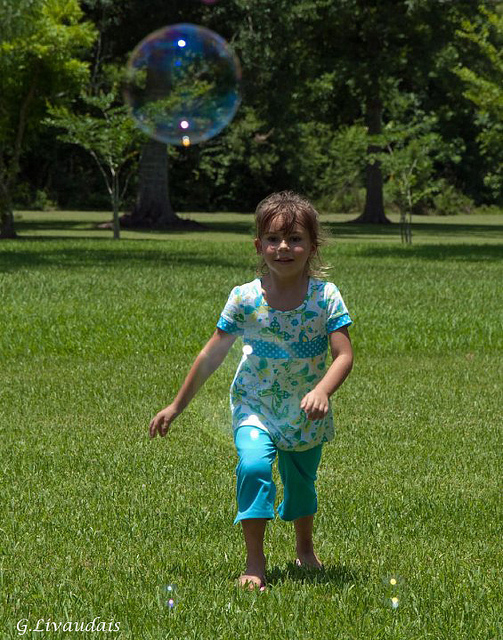 When trying to photograph a moving vehicle, you have two options. Do you want to capture the car frozen in action with a blurred backdrop or would you prefer to portray the car in action, streaking past the static scene behind it? If you want the car to be sharp, then utilise the panning technique that I mentioned earlier, using a quick shutter speed.

If you’d prefer to have the car flying by, use a slightly longer shutter speed and keep the camera static. For this technique, timing is the key, shoot too early or too late and you’ll miss it, depending upon the light available, you may be able to afford to use a higher f/stop and employ a long enough shutter speed to have the shutter open for the duration of the car passing through the scene.

In a similar notion to photographing cars, when working with water it’s important to decide first whether you want to freeze the water in action, complete with droplets and spray, or whether you’d prefer to capture a silky smooth flowing shot.

The first shot will look quite static, but done well, can capture the excitement and texture of the water extremely nicely by using a short shutter speed.

The classic long exposure of water flowing down a stream or waterfall can make for stunning images. By using a polarizing filter (and depending on how bright it is, a neutral density filter), you’ll successfully be able to capture a shot of the rushing water appearing smooth and peaceful.

Suggested shutter speeds depend on the speed of the flowing water. Something around the 1/10 to 1/25 point would hopefully give you motion within the water, although I would avoid shooting anything longer than 1/60 without a tripod. 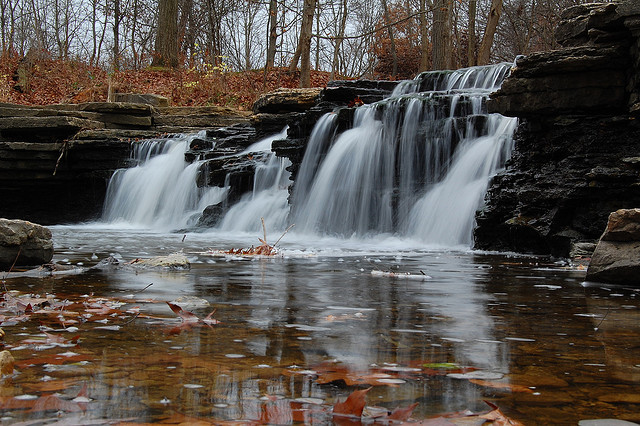 Many of the techniques mentioned previously, such as pre-focus, panning and having a good vantage point are all essential for taking good sports shots. Capturing the pivotal moment in a sports match is extremely difficult and will require lots of concentration, anticipation and most importantly, an understanding of the game.

This is crucial so you can be as prepared as possible to respond appropriately when action does occur. It’s also extremely useful to have a long telephoto lens, either a 200mm or even a 300mm may be necessary to get close into those points of action, skill, conflict, despair, embarrassment or jubilation.

Time To Give It A Go!

Now it’s over to you. I hope that these simple tips and techniques will help you on your way to achieving better results when trying to capture those illusive action shots. Make your decision as to whether you want to freeze the action and use a short shutter speed, or whether you’d prefer to portray the motion by using a longer shutter speed.

Keep your eyes peeled for anything that’s moving and get practicing. The more you experiment with techniques such as panning, the easier it’ll be to get good results.