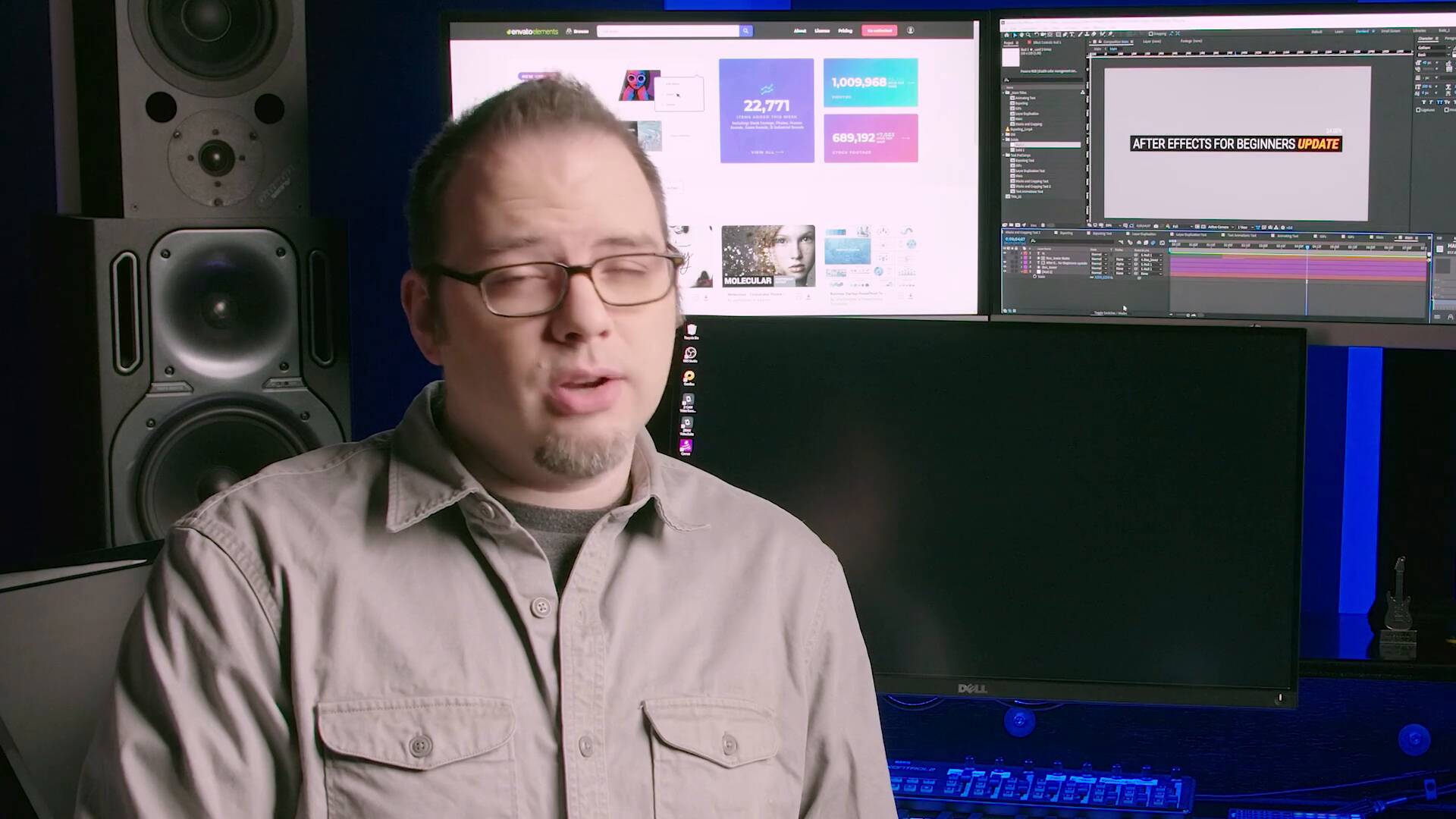 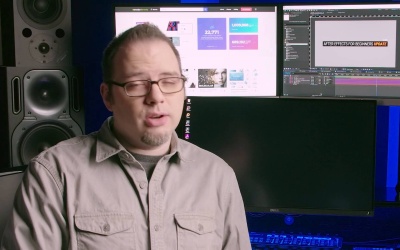 In this lesson, you'll get some final tips and suggestions on using 3rd party scripts in AE!

You made it to the end of the After Effects for beginners course update, and that is really cool. In this last video, I'm gonna give you a couple of final tips and tricks to help you along your After Effects journey. One of those is talking about some of the scripts and tools that I used throughout these update lessons. And I wanted to kind of reiterate that these tools are really cool to have and they can help you out if you're in a jam or doing something that's incredibly tedious, but they're definitely not necessary. There are a ton of really cool tools in the After Effects world from effects and plugins to really fancy scripts that do all kinds of neat and interesting and incredibly helpful things. But you don't absolutely have to get them. My thinking on this is whenever I'm doing something really tedious I look out there and see if there's a reasonably priced script that will help me do the thing that I'm doing a heck of a lot faster. Sometimes there is sometimes there's not, sometimes there is a script and it just costs too much money and it's what I'll just do it for now. If it's something that I end up doing a whole lot of then I really strongly consider getting one of those scripts but it's always a balance because you can't have all of them it would cost you I don't know a quarter million dollars because there's a lot of them out there. Maybe not that much, but there are some that you saw me use that I think are really handy. And those scripts are things that I use in After Effects all of the time. Things that are used for key frame manipulation layer sequencing, background render Max is a nice tool to have if you are having trouble rendering out things quickly from After Effects, because I don't know anything else that can render things in less than half sometimes a quarter of the time then the after Perfect render or Adobe Media Encoder. So that can be handy from time to time. But there are other tools out there if you look on aescripts.com, there are really cool keyframe manipulation tools like Ease, Wiz, Flow, Keith Smith and others. There's a great tool that I use from Mount Mograph called Motion 3 that also has keyframe manipulation tools. It's got a really cool anchor point tool where you can move the anchor point around which sounds pretty simple until you see it in action. You go my gosh, I can't believe I've not used this before. I think I use that almost every time I use After Effects. And there are a bunch of other tools that are jam packed in that Motion 3 scripts. It is really, really cool and you should definitely check it out. There are some other tools that I use all the time from battleaxe.co. There's an extension called Overlord which helps you get shape layers from After Effects to Illustrator and from Illustrator to After Effect in a really seamless way. And that can be really handy if you're working with a lot of Illustrator files, or you just wanna use Illustrator to refine the shapes that you create in After Effects, if that's something that you find yourself doing, definitely check that out. There's also another tool called RubberHose 2. If you do puppets, you should definitely look at RubberHose 2. It is really cool for doing puppets. And you'll also find a free tool there called ButtCapper which I also use almost every time I use After Effects. There's another tool that I have found really invaluable whenever I'm working with text and I need to do something that can't be done any other way other than breaking the text layer apart. So for example, if I want it to fly in a line of text and then have the text explode and have all of the individual characters go in a unique direction either in 2D or in 2.5 D there's really no good way to do that other than breaking the text layer up into individual characters and I promise you, if you try and do that by hand, you will want to pull your hair out. It is incredibly tedious. So I use a tool called TextExploder to be able to break apart text layers, either big blocks of text into individual lines into individual words or individual characters and you hit just one button in the script runs in it, it breaks everything apart and puts everything right back where it was before. If you do a lot of things with text, you should definitely check that out. That's from Malmo World and you can find that, along with many other really cool scripts on aescripts.com. And finally, make sure to check out all the great things on Novato Elements. As I was perusing things to get for this course, I was reminded that they have a lot of great audio and stock video footage along with a bunch of cool looking After Effects templates and other assets. They're always adding stuff all the time. And you can find a lot of great stuff there. Well, that about wraps it up for this course. I hope you enjoyed yourself and I hope you learned a few things along the way. My name is Dave Bode for Envato. And I'll see you around. [MUSIC]