From Pixel-Perfect to Print Ready in Photoshop 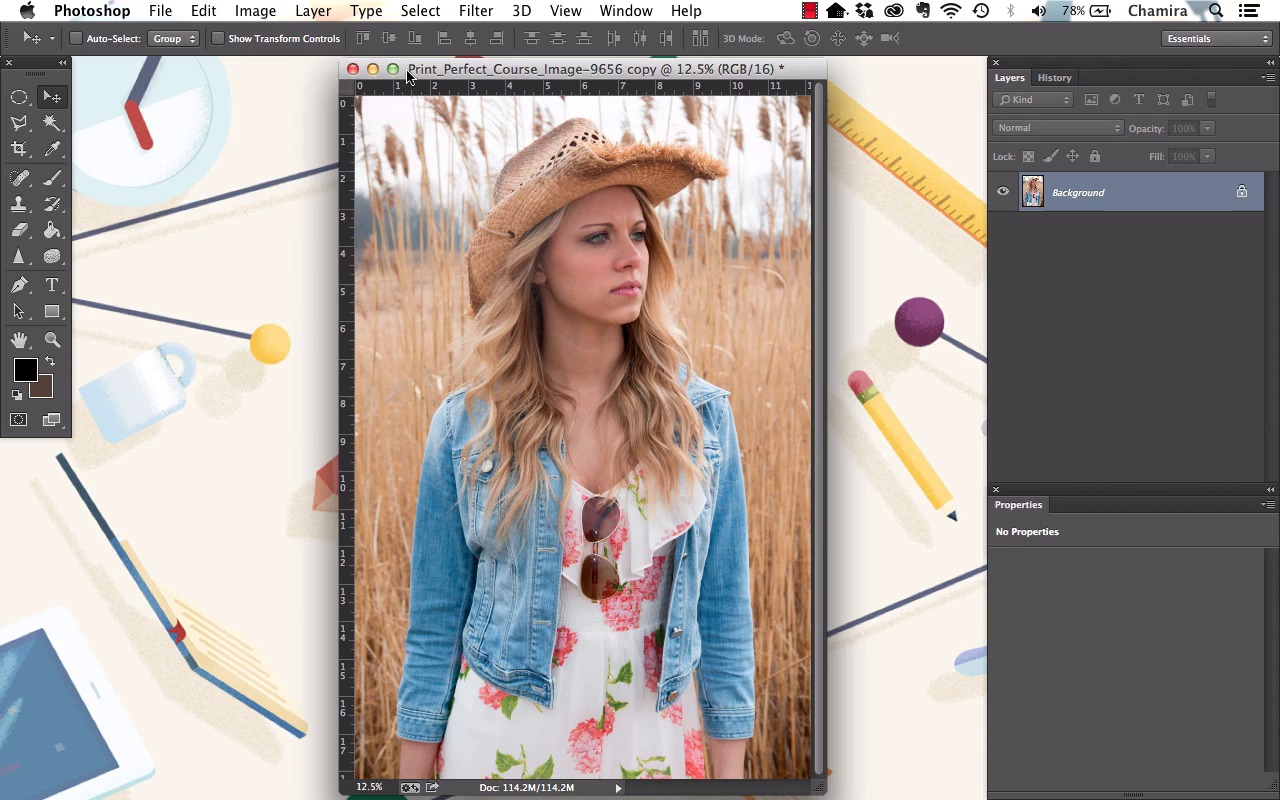 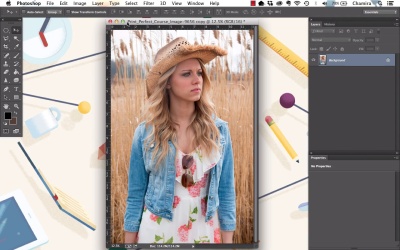 In this lesson you'll learn how to make sure your image is at the optimal resolution for printing.

In this lesson, we're going to make sure our image is at the optimal resolution for printing. Let's talk about resolution in detail. First we'll start off with a couple definitions. PPI, or pixels per inch, and DPI, also known as dots per inch. PPI, pixels per inch, is a more recent term and is much more appropriate for image resolution and size. It refers to the number of pixels per inch in your photo. The word pixel means picture element, and is the most basic element of any digital image that the eye can see. It's the tiny squares that make up an image when you zoom all the way into your photo. When you resample an image, you are changing the number of pixels in the photo itself. It's generally not recommended that you do this, because your computer can add pixels to your image in inappropriate places, which can degrade the quality. DPI, dots per inch, is an often misused term that refers to the resolution and size of your image. Dots per inch is often misused to refer to the resolution and size of your image. However, it's actually an older, more technical term and refers to how many dots per inch your printer lays down to represent your image. These dots are made up of cyan, magenta, yellow, and key or black. The term DPI refers to how dense these dots are laid down by your printer onto the paper. Some printers use settings other than 300 DPI. Some use less and some use more. Because of the way the Epson ink nozzles are built, for example, they use multiples of 240 DPI, or dots per inch. So 240 is the base. But you can successfully print at 360 and 180 DPI, depending on how far away the print will be viewed. When you print at a higher DPI such as 360, you're using more ink than when you print at a lower DPI, such as 180. And if you print at 720 DPI, for example, it will use much more ink and will also take longer to print. Inkjet printers usually print at 300 to 600 DPI, and laser printers usually at 600 to 1,800 DPI. So what's the difference between DPI and PPI in a nutshell? Well, while an image may have 300 pixels per inch, it will still be interpolated to make a print where the image can result in a final higher or lower DPI, or dots per inch, depending on the size that you print it in. If you have an original image of eight-by-ten inches at 300 dots per inch and then scale it down to five-by-seven, for example, the actual PPI, or pixels per inch, resolution will be higher than 300. Now let's talk about print resolutions for common types of printing. It can vary depending on the job that you're doing and what it's going to be printed on. For example, 200 dots per inch is common for newspapers, and 150 dots per inch is considered a bare minimum for photographs in books or magazines. Often, designers will want a higher resolution image than that, though. Billboard resolution can go as low as 50 DPI, although you can't tell because you're looking at it from farther away. This brings me to the next point. It's important to be aware of the relationship between resolution, size, and viewing distance. Your eyes will discern the resolution of an image differently from five feet away compared to if you were standing 100 feet away. From the highway, a billboard looks clear. However, if you were to stand directly in front of the same billboard with your eyes just a few feet away, you would definitely see pixelation. This is why it's important to consider how your image will be viewed when you're going through the printing process. If your image is going to be on a wall in a small art gallery, for example, you will need to print it with a higher resolution. We're going to check and make sure that this image is at at least 300 before printing. And before we get to that, let's change the view here in Photoshop so that we don't see the distracting desktop background. Let's head up to view, down to screen mode, and let's select full screen mode with menu bar, and that gives us a nice dark gray and allows us to focus on our image. Now let's check the resolution. We'll head up to image and then image size. And here you'll see that we have a resolution of 300 pixels per inch. And my unit of measure is currently set in inches. Now, you can adjust this as necessary, depending on your printing requirements. For the purposes of this course, I'll leave mine on inches. This image is currently 300 pixels per inch, because that's the way I exported it from Lightroom. If your image was at something other than 300, say 72 pixels per inch, you would want to change it. And to do that, you would uncheck the resample box first. Now, resampling refers to changing the number of pixels in the image, which is not what we want to do. We would simply want to resize our photo. And then you would change it to whatever unit of measures that you would want that to be. And then you would change the resolution. And when you change the resolution, your width and height will change accordingly so that all of the pixels are preserved. We'll go ahead and select cancel, and that brings us to the end of this lesson. In this lesson, we checked our photos resolution to make sure it was at 300 pixels per inch before printing. In our next lesson, we're going to make some slight visual adjustments to our image by adding an adjustment layer. This is often necessary in order to keep a photo's appearance consistent, especially when you're adjusting color spaces for a specific type of printing.