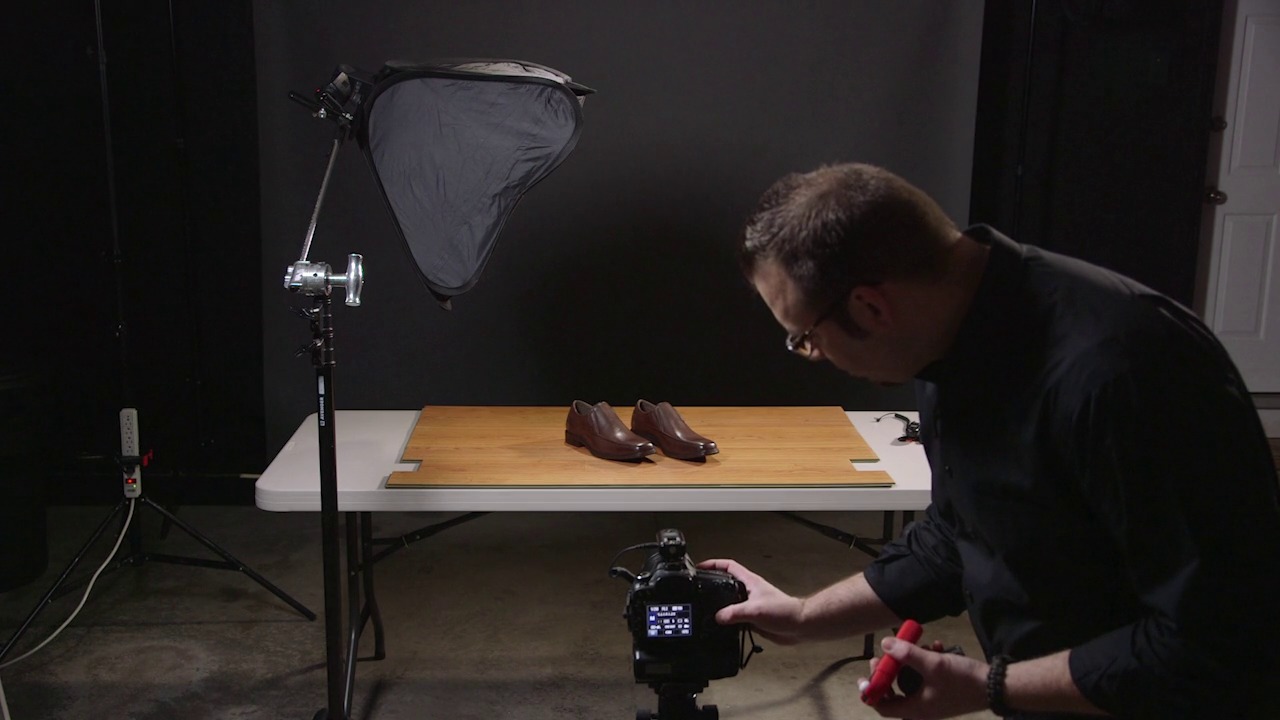 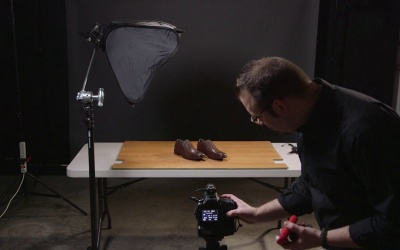 Getting the light just right will be critical to making this shot work. In this lesson you will see how to set up the first light and get the initial highlight on the shoe.