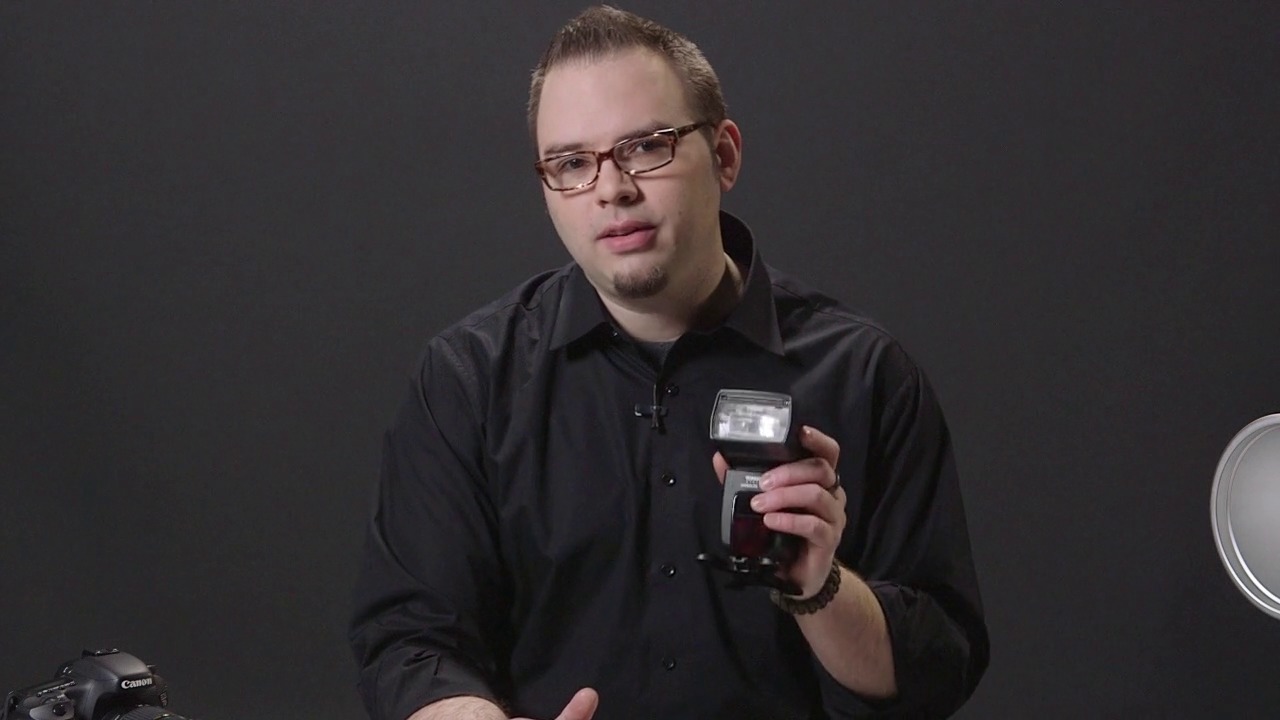 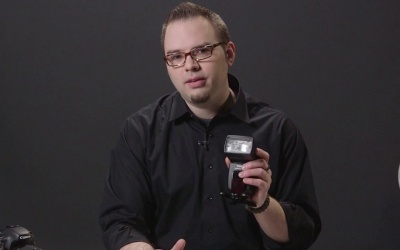 At this point you may be wondering why you need to use a flash at all. In this lesson you will learn the advantages and disadvantages of flash over constant lighting sources. We'll talk about maximum output, beam angle, power range, color temperature when dimming, modifiers, and banding.

At this point, you may be wondering why you need to use a flash at all. In this lesson, you will learn the advantages and disadvantages of flash over constant lighting sources. The types of constant lighting sources that are typically used for photography are LED, fluorescent, and incandescent lighting. While these will work, they do have some disadvantages. First is output. Just about any modern speed light will have far more output than any constant lighting source, except the sun. This means you can make better use of large light modifiers like umbrellas and soft boxes. Using constant lighting sources with these light modifiers is possible, but because of the lower output, you'll have to use longer exposure times. This may not be a problem with incandescent, but LED and fluorescent lights often use a power supply that pulses the light. And this can cause banding in your images at certain shutter speeds, which is not very good. You don't have any banding issues with incandescent light but heat definitely is an issue. Not all modifiers can be used with hot incandescent lighting. Most of the soft boxes and the umbrellas out there work fine for fluorescent, LED, and flash. But they can't take the heat of an incandescent source. With the high power available in speed lights and strobes, you can use smaller apertures on your camera very easily. With constant lighting sources, you can use small apertures too, but you may have to increase the ISO to get a proper exposure. Higher ISO is not a huge deal, but lower is always better. Flashes also have a great power range. Most speed lights can go from full power down to 1/128th power in one-third stop increments. Studio strobes also have a flexible power range of between four in nine stops which can exceed that of a speed light. Speaking of light modifiers, flash is a hard light source. The great thing about a hard light source is that it can be made into a soft light source. Fluorescent and LED panels are softer lighting sources because they are bigger. The only way you can make a soft light hard is to get it further away from your subject, and this isn't always possible. On the other hand, it's easy to make a hard light source into a soft light source by using a light modifier. Flash lighting also has very good color quality and relatively consistent color temperature. Fluorescent and LED lighting suffer from color quality issues in all but the top end lighting units. The difference in price between a manual flash and an LED or fluorescent light with decent light output and great color is huge. Probably on the order of 5 to 10 times more expensive. Flash lighting is also relatively light weight. So you don't need a big beefy stand for every flash. Now is flash perfect? No, there are a few disadvantages with flash lighting. For one, speed lights do not have a modeling light. So you can't see what your light is actually going to look like until you take the shot. Studio strobes do have modeling lights but they tend to be a good bit more expensive than a basic manual speed light. Speed lights also require batteries which is an extra thing to keep track of. Flashes also need to be triggered where constant lighting sources don't, because they're always on. Now, triggering flashes is not a big deal. And you are going to learn more about triggering flashes in an upcoming lesson. When you factor all of these elements into the equation, flash lighting brings a lot to the table. It's lightweight, it has massive power, and a big power range, great color, lots of inexpensive light modifier options, and a basic manual flash won't break the bank. In the next lesson, you are going to learn about the two basic types of flashes, speed lights and strobes. So check that out coming up next.