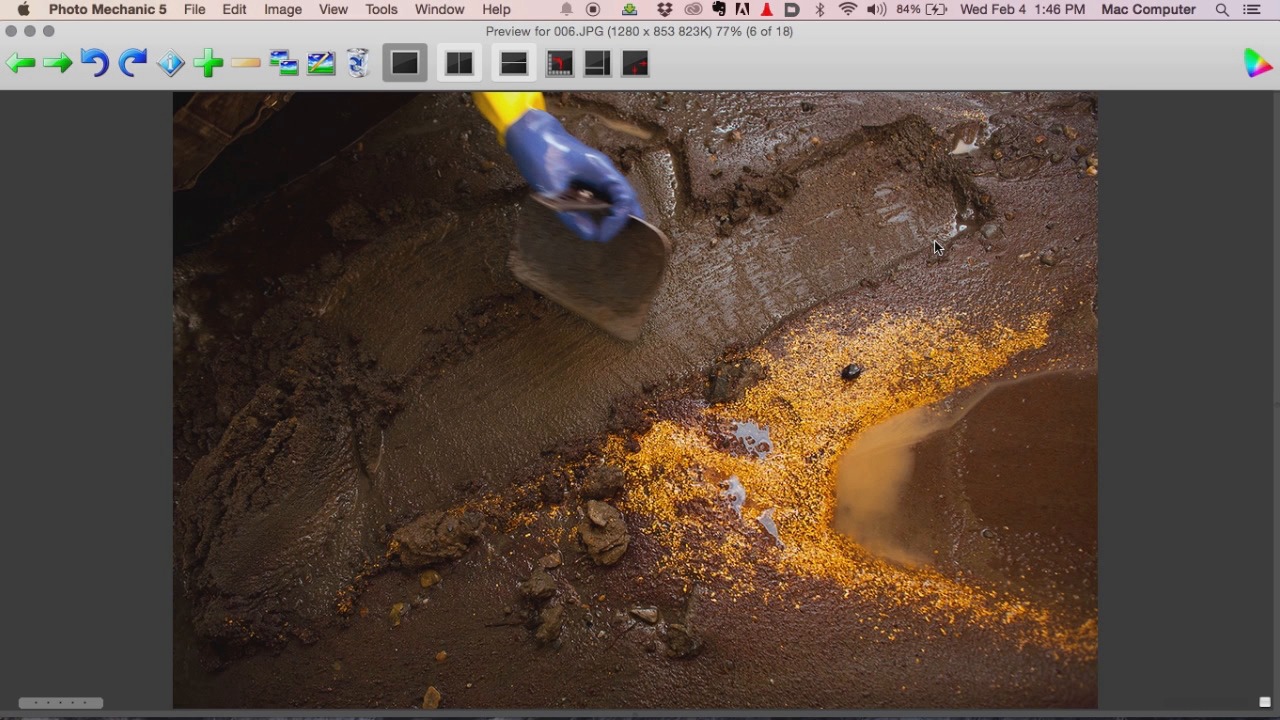 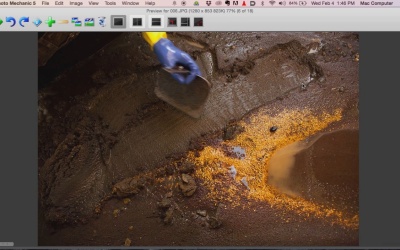 In this lesson we conclude our behind the scenes look at Mexico's Ghosts.

So next we're going to talk about another feature assignment I did in the Yukon territory of Canada on gold mining. This is a much smaller selection of photos, some of the ones that I liked, my personal edit, so we'll just go through this. This is 20 photos, a lot more reduced than the other one. But I can go though and talk about each photo quickly and the situation and why I chose it. So I'll just give you a little quick preview here. So, yeah that's a quick little wrap up. Here is the first opening shot. A nice scene. Nice morning time shot, classic Brett, climb up on a hill and take a morning sunrise shot. Works every time. And here is one of the workers, Haley. They're blasting away some of the dirt, so this is part of the process. Not exactly what you would think gold mining looks like, but this is modern age gold mining. Here they are clearing out a cut to take, start mining gold. They have to dig in real far to get down to the bedrock, so photos like this where they're still kind of interesting. There's lots going on in these photos, the spilling over, and sort of the vastness of it, but they're also very factual photos, so that's important. Here's an interesting shot. Moment I got there, Dale, this guy, had killed a moose. So, they were piecing it up, I believe it would be called. Just basically taking it apart so they can bring it into storage for the winter. Here's the whole family affair. This is the last week right before they were going to get hit with snow. And this may look graphic to some people, but this is a large part of life up here. If they don't get moose then food costs for Dale's family back here is going to be very high throughout the winter. So it's an essential part of living up in such an isolated region. So here's Jason. This is actually the writer. He was a journalist who went gold mining for the summer and wrote about the story. Here we are having a couple of beers in his room after he got off shift at 7:30 in the morning. [LAUGH] Good photo there. An important photo for the package. Here we're cutting away some gold. This is like in the final stages, so basically what went through in that big cut is all refined down to like these final stages. The view of the camp, kind of a nice little moody view there. Downtown playing poker, cool little behind the scenes shot. Old gold miner, old prospector who had been up there forever, his house, interesting guy. Jason working. Nigel afterwards drinking a few beers at night. Sort of a scenic airy shot. Downtown at the bar, life outside just work. Kind of a nice portrait of this guy, I forget his name, I only met him for five minutes. But he was the definition of a Yukon gold miner for me at least. Dale afterwards, you can see the moosehead in the back of the truck. A little more context, a view of the camp, a view of some of the tailings, the leftovers from Stewart's plane. As you can see we were doing quite a tip there and just shooting out the window. I don't know if he gave me that view on purpose. And yeah, nice sort of a scenic view of the mountains flying in the plain. So, yea that was quick overview of how I went through this assignment. All kind of going through the checklist. Sort of the working, the scene setter, life afterwards and just sort of coming in and out of there. So, let's see how it was used in the magazine. So here's a first shot. This is a double page spread, so you can one page on here and one page on here. This is a cropped shot of one you didn't see, and here's this photo from the plane. Interesting layout here with the text. Some more mixing of the photos. More industry photos. Like the actual work in process. And then here's sort of the after hours type stuff. And here's a little bit more about just sort of gold mining. So yeah. Overall, really great assignment, shot for seven days. And yeah, the layout went good, and I won an award for this magazine layout. Where I was just nominated or something. Either I won, or I got second place, or something like that, and this work was also shown as independent exhibition.