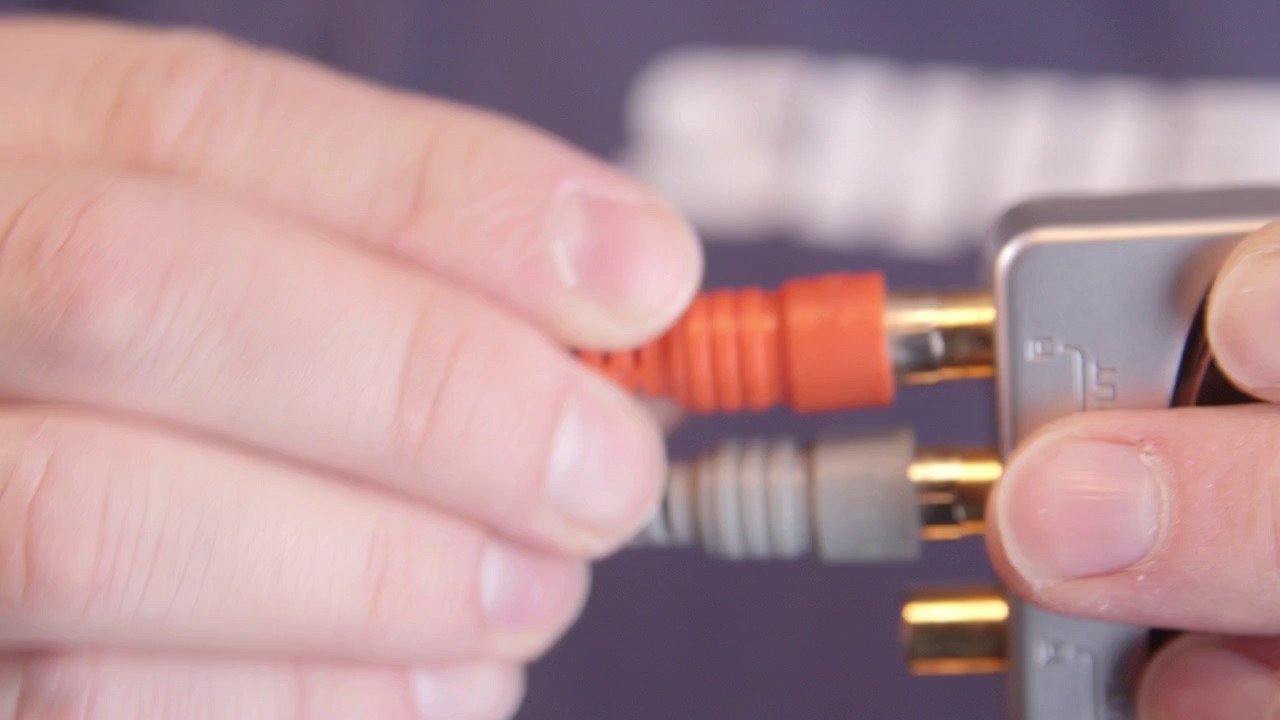 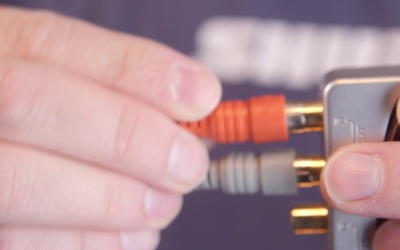 As mentioned earlier in this course, one of the essential tools for audio recording is an audio interface. In this lesson you will learn about some of the options for input, output and monitoring, and get some recommendations on what to purchase.

As I mentioned earlier in this course, one of the essential tools for audio recording is an audio interface. In this lesson, you will learn about some of the input and output options, monitoring options and get some recommendations on what to purchase. So what is an audio interface? An audio interface is essentially a sound card with professional inputs and outputs. There are several kinds of professional inputs and outputs in the audio world. But there are only a few that you will want to be familiar with at this point. The first is a XLR connection. The XLR connector is a style of electrical connector primarily found on professional audio, video and stage lighting equipment. The connectors are circular in design and have between three and seven pins. But for microphones and audio gear, it's only three pins. These pins carry the signal from the microphone to the input point of your device. Pin 1 is ground, pin 2 is positive, and pin 3 is negative. Another connection type looks like this. This connection has many names, like TRS, phone plug, audio plug, and quarter-inch cable. It was invented for use in telephone switch boards in the 20th century. And it's still widely used today, both in its original one-quarter inch size and in miniaturized versions, 3.5-millimeter or approximately one-eighth inch and 2.5-millimeter or approximately three-32ds of an inch. The TRS connector's name is an acronym that stands for tip, ring, and sleeve, the three conductive parts of this connection. This connection has many uses, and sometimes it can be a little bit confusing. For more professional headphones, this connector is used, and it carries the signal as left, right, and ground. On balanced outputs and inputs, this would be positive, negative, and ground. There are also mono, or TS versions of this cable, which you may know as a guitar cable. These are the same size but only have a tip and a sleeve. Some pro audio speakers use the same quarter-inch TS connector. But speaker cables are not the same as instrument or line level cables and shouldn't be interchanged. On interfaces and audio gear, you will see these quarter-inch connections as inputs and outputs. They may be labeled as balanced/unbalanced. Balanced connections use three conductors for positive, negative, and ground. And unbalanced connections use two conductors for hot or signal and ground. An RCA connector, sometimes called a phono connector, is a type of electrical connector commonly used to carry audio and video signals. The name RCA comes from the Radio Corporation of America, which introduced the design in the early 1940s. These cables are used for many things, such as video, a line-level audio, digital audio, speaker connections, and more. The use of high quality cables is especially important when using RCA for a digital connection. So RCA, quarter-inch TRS or TS and XLR are going to be the connections that you will need to be most familiar with. But you may also across S/PDIF, TOSLink, ADAT lightpipe, MIDI, and Word Clock. Unless you need to connect other audio gear to your device, those connections are not essential. So as I mentioned earlier, an audio interface is a sound card with professional ins and outs. Your computer probably already has a sound card. But it isn't set up for plugging in a pro level microphone with an XLR input. Could you use your built in sound card for recording? Sure, but it's going to be much less complicated to get a dedicated device to handle all the inputs and outputs. Almost all of the audio interfaces you will come across are external, and use one of three types of connection to the computer: USB, FireWire, or Thunderbolt. Several years ago, FireWire was the professional standard, but now is less common because the FireWire interface is not as common on computers. USB is probably what you wanna shoot for because it's going to be the most common connection. At minimum you're going to want to have one XLR input with phantom power, one headphone output, and one stereo main output. Depending on the interface the headphone output could be a one-eighth inch mini headphone connection. But I prefer the one-quarter inch connection because it's more robust. Output connections can vary as well. Ideally you would have balanced quarter-inch outputs, but unbalanced and RCA will work. Most of the current products from companies like Behringer, Roland, TASCAM, Focusrite, PreSonus, M-Audio, Mackie, RME, Avid, et cetera, will work fine. All the current products out there today will support 48k and 24bit recording. Now this one, you might be asking yourself, couldn't I just use a portable audio recorder with XLR inputs? Well, the answer is, yes, you can. However, you will find that it's going to be a little bit more of an expensive option to get a recorder with high quality pre-amps. If you do need a portable option, you might wanna look at a recorder that works as an audio interface when you connect it to your computer via USB. This will make it more convenient to record when you are by a computer because you won't have to deal with batteries and transferring files. Not all portable recorders work as audio interfaces. So check out the product details, if that's something that you're looking for. Now that you know what you wanna look for in an audio interface, you're ready to move on to the next lesson, where you're gonna learn about microphones. [BLANK_AUDIO]