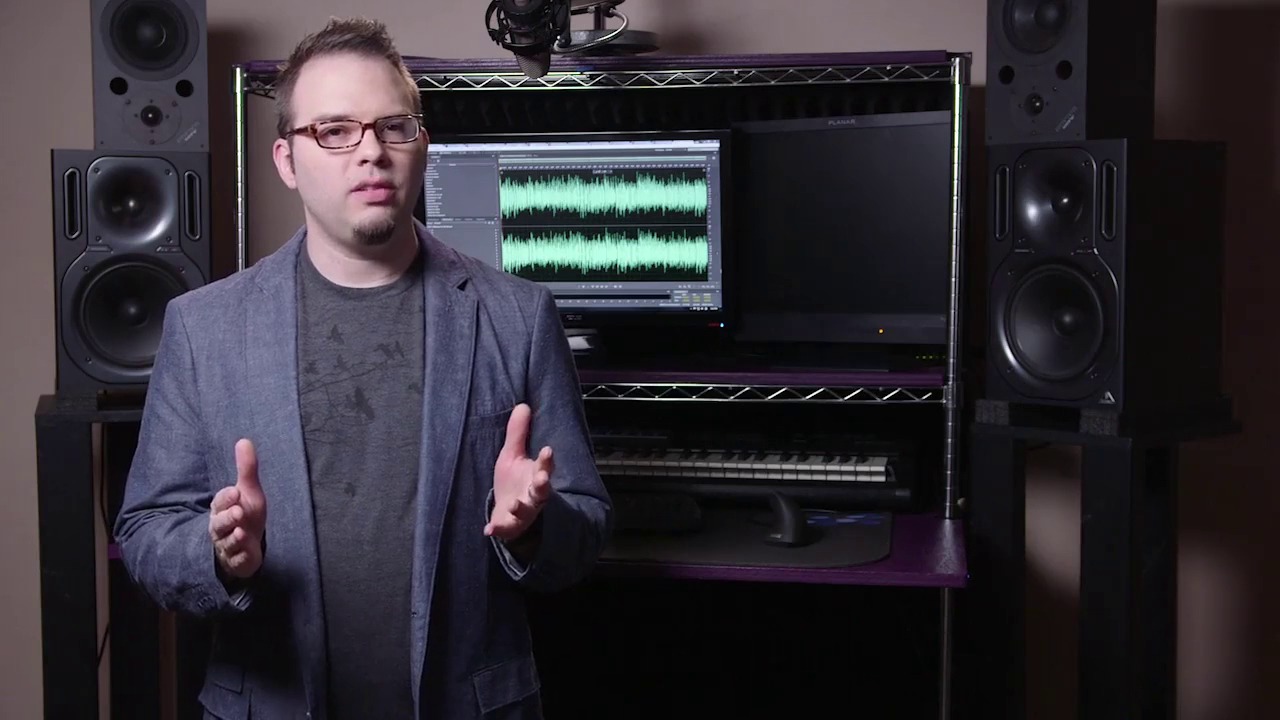 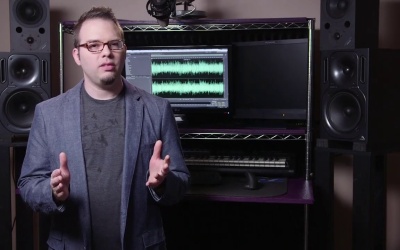 Audio recording can be done with very modest equipment, and you have a lot of options in relatively inexpensive audio recording software. In this lesson you will learn about some of the things you want to consider in your audio recording system and the software you use for recording and editing.

Audio recording can be done using very modest equipment. And you have a lot of options in relatively inexpensive audio recording software. In this lesson, you will learn about some of the things you want to consider in your audio recording system, and the software you use to record and edit with. First, let's talk about the computer. Recording a single audio file and playing back a few audio files at the same time is pretty simple. To put this into perspective, let me tell you a little story. The very first computer I bought with my own money was back in 2004 and it was a Pentium 4 three gigahertz with one gigabyte of RAM. This computer was perfectly capable of recording 16 channels of audio simultaneously with my audio interface. If that ten year old computer could record 16 channels at once, recording just one channel of audio could have been done with a much slower computer. This means that almost any computer made within the last ten years or so will work fine if we're recording voice overs. That said, there are a few things that you want to look for in the computer system that you want to use. Because we are recording a stream of digital information, the computer has to be responsive and have a hard drive that is in stable and safe condition. Even older hardware can be very quick and snappy with a fresh install of the O-S. You also, are probably going to want a good amount of space on the hard drive to work with, but this will vary based on your needs. Although you can record on older hardware, I wanna make some recommendations for a new purchase. First, you do not have to have a Mac. There's still this misconception that for recording audio, video editing, and Photoshop, you need a Mac for best results. On the audio side, I think this comes from the old days, when Pro Tools was Mac only. If you didn't know this, a Mac has the same hardware as a PC, but usually costs a lot more. They are not any more stable, and are not noticeably faster doing actual work. By actual work, I mean rendering out files or other processor-intensive tasks. For this kind of work you need horsepower, and there's really no difference between a Mac and a PC in that realm. Now, don't get me wrong, I have nothing against Apple or Macs. I think they're very well designed products and they have some of the best customer support in the industry. The point is that you don't need a Mac to record. That said, if you are looking for a notebook for recording, Apple makes some very good products. For non-Apple PCs, I would recommend the quietest computer you can find if you want the computer in the room with you while you are recording. Most desktop computers have fans in them that are going to be too loud and will be picked by the microphone. If you have a computer already you might want to look at a fanless CPU cooler or very quiet fans with large heat syncs. This can drastically help the noise level in your space. Many laptops are technically capable of audio recording and editing but if they have those noisy fans they won't work. If you can't find a quiet computer you might want to look at buying long USB and monitor extension cables and then move your computer into another room. This should help keep your space very quiet. For me and my system quiet is key. I moved my work station to my basement that sits just under my office the workstation is actually sitting only about four inches below the floor but the floor and the carpet makes it completely silent. 8 to 16 gigs of RAM should be plenty for audio recording and editing with lots of headroom to multitask. A single hard drive will work fine for basic recording, but you could add a second hard drive for redundancy. SSDs are quiet and fast but not necessary for this type of recording. Remember, a single channel of audio only needs to stream 140 kilobytes per second. Just about anything can handle that. For software, you have a lot of options. If you're coming from a video or photo background, and you are an Adobe Creative Cloud user, you have access to Adobe Audition. And that's what you should use. Audition is a powerful application that will do everything you need and more. If you are just starting out, I would recommend an application called REAPER. REAPER is a multi-track audio and MIDI recording Editing, processing, mixing, and mastering environment. And that's what I've been using for the last seven years. Reaper costs $60 USD for a personal license, and will do everything you need and much more. You've heard me mention Pro Tools already, and you may be familiar with that name. Pro Tools is the most well-known audio recording software out there, but many applications are just as good. I believe Reaper is just as good, if not better. But you don't have to take my word for it. Search some of the reviews of Reaper and you will see that it stacks up well against all the other players out there. For now, you are ready to move on to the next lesson, where you're gonna learn about audio interfaces.