How to Make Advanced Shots With a Long Lens

The long lens can be used to enhance location shoots, create extreme changes of focus and strengthen your compositions. This lesson builds on the previous lesson and includes tips on lighting and controlling focus. These advanced techniques give you powerful ways to open scenes, direct attention and beautify a shot.

Use a Long Lens to Hide Bad Backgrounds

For low budget filmmakers in particular, we often end up on the edge of a park and the last thing you want to do is make it look like that's where you are. You can solve this problem by using a much longer lens.

This isn’t just a trick for budget film makers, it’s absolutely used all the time to enhance locations. If you ever get the chance to visit locations where films have been made, you’ll be amazed at what’s been hidden. Often, in really beautiful locations, there’ll be something awful and shot-ruining just across the road: most often, a long lens was used to hide it.

Rather than using a medium lens or short telephoto lens like in the image above, step back from your subject and use the longest lens you can. Below, we haven’t changed the framing but the background is pulled so much closer and out of focus.

We no longer have that cheap feeling of being on the edge of a park.

Use a Long Lens to Hide Light Sources

Long lenses can also be used to hide light sources. Below, I’m using a stadium flood light to illuminate the actor. It just happened to be at the location. By using a long lens, I’m able to hide the light and get this lovely rim light.

You can use this technique with your own lights too. If you need to hide a stand or other hardware, you may need to go a little lower with your shot. That way you won’t see the lamp or the stand which would ruin the shot.

Pull focuses work best when there’s some camera movement to the side, or up and down. Both is even better. It has a much more interesting feel than when the camera remains static and only the focus changes. It also hides the focus change from the audience; they don’t notice it and just feel the reveal.

A variation on this is to let the background show through a little right from the beginning. It doesn’t have the same revealing effect but can be beautiful. It’s helps if the foreground subject and background subject are somehow related.

Pull focus is easiest if you have a follow focus unit attached to your camera.

If you don’t, or aren’t using cine lenses, then here’s a handy trick for pulling focus. Focus on the background object and place your thumb in a comfortable position on the focus ring. Get a feel for where it is. Next, focus on the foreground object. When it comes to make the shot, let your thumb return to the comfortable position where you were focused on the background object. It’s a lot more natural than trying to do it by eye.

Let the Subject Move Through the Frame

A really good use of the long lens is to keep the camera still and let the subject move through the frame. Below, the path cuts across the frame twice which creates a really strong composition. The dark sky in the top third also helps. To get a composition like this, you often need to go a long way back and use the longest possible lens.

By using a long lens and keeping the camera absolutely still, we get a really strong sense of motion and of the subject moving through this space. It can be a bit counter-intuitive; usually to create a sense of motion we try to follow an actor through a scene but sometimes, but this can sometimes work better. Try it out.

Reveal Locations with a Camera Tilt

Another great way to reveal locations is to use a simple tilt. Below, the shot starts with a long lens focused on the actor's feet.

As she moves forward all we do is tilt up and it's her motion that's guiding the camera up to reveal the location behind her.

It doesn’t feel like a random, stuck-on-camera move. If the audience feels the move, you’ve drawn too much attention to it. You want them thinking about the character and what they’re going through.

Camera height has an enormous effect on any shot. With a long lens, it’s tempting to keep it level with the subject and reveal everything. By raising the camera up, like in the shot below, you can create a much more mysterious feeling.

We don’t see the road at the end of the alleyway or any other details. There’s a lot more tension and mystery. If you reveal everything, the audience won’t be intrigued about what the character is going through.

Use a Long Lens for Closeups

Long lenses are often used for close ups. A better technique than just zooming in, is to also include something else in the frame. Below, is an example. Rather than just looking at the leaf, you can also see the person holding it. This is a lot more interesting.

A long lens isolates things so if you just shoot a close up on its own, it can look like something from a nature documentary. By including some other details, it becomes a much more human shot.

Even though this lesson has looked at advanced techniques for the long lens, we're still just scratching the surface. Check out the rest of the lessons in this series and get out their and start experimenting. 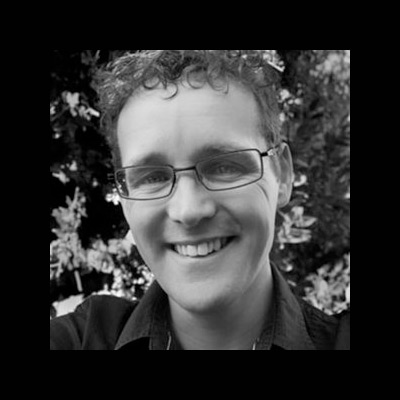 Christopher Kenworthy
Christopher Kenworthy (born 1968) is an Australian writer and former film director. He is the author of two novels, The Winter Inside and The Quality of Light for Serpent's Tail, along with a short story collection, Will You Hold Me? and the chapbook Sullom Hill. His fiction has been widely praised by authors such as Michael Moorcock, and anthologised in books such as The Year's Best Fantasy and Horror. Born in Preston, England, he moved to Australia in 1997 and began a directing career which lasted until 2013. His Master Shots books are best-sellers for Michael Wiese Books. He is the director of The Sculptor. He won the Award For Directing (WA Screen Awards) in 2007. He directed many music videos, including Dreaming Light for Anathema (band).
Weekly email summary