In today's tutorial, you'll learn how to add a cinematic style to any of your photos using Photoshop and a Camera RAW file. It only takes a few minutes and is easy to follow however well you know Photoshop. We'll be walking you through the process step-by-step in both a tutorial and video format!

Getting the Perfect Photo

Here's the photography kit I used:

I headed out on a Sunday in Macau, the busiest day of the week, in order to capture people enjoying the old town. In-between feeling like a sardine in a can, I was able to fire off some shots of the people. Shooting at a aperture of f4.0 this allowed me to capture a shallow depth of field. If you have a lens which goes lower, such as a 50mm prime. I would advise using that.

Make sure you shoot in RAW as it allows us to prepare our photo in seconds. If you want to edit a photo without the RAW file it can be done using separate tools instead of the easy-to-use Camera Raw panel.

As you can see, I have tried my best to obey the rules of thirds but have struggled getting it perfectly correct (due to the fact I couldn't stop walking). This is something which I will fix later on. 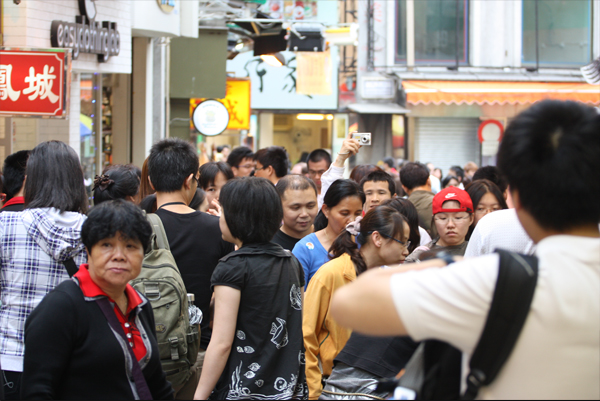 Step 1 - Open Up Your RAW File

Open up your RAW file into Adobe Camera Raw 5 (or your latest version). On the right hand side you should see a panel with lots of options. The basic panel should be showing at the current time.

Remember each picture is different and needs different settings. I am going to show you my personal settings, but you might have to tweak them each time.

Step 2: Reduce the temperature slightly for a cooler style of image. Leave the tint alone. 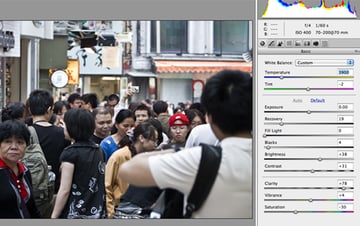 Now let's discuss what we have effectively just done. We have darkened the image slightly by lowering the exposure and then used the blacks tool in order to darken the areas of the image already containing a black shadow.

The colour is important in the image but we only want small amounts coming through, so by reducing the saturation this leads us perfectly onto our next stage. 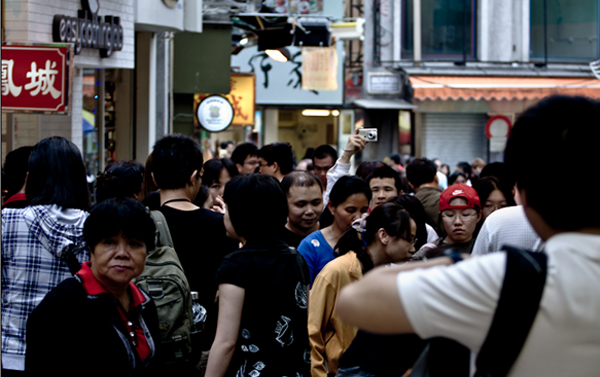 Choose the icon of the camera in the Camera Raw menu bar. It should bring up the camera calibration tool. At this stage it will depend on what colours you have in your scene as to what you need to adjust. In my scene a fair number of people are wearing red clothing and I wanted this to be more vibrant so I have increased the saturation of the red to the maximum and then lowered the saturation of the blues. 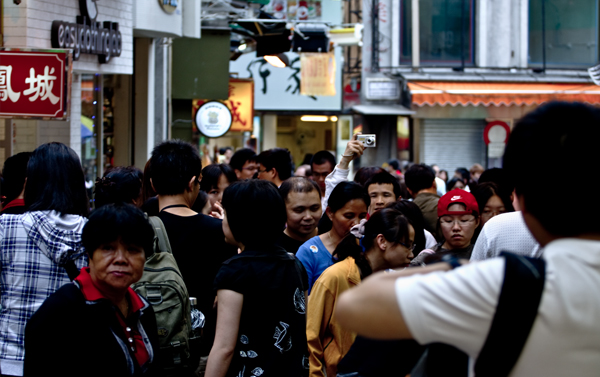 At the bottom of the Camera RAW file there should be a option stating "Open image". This will open your edited RAW file in Photoshop.

Duplicate the image layer by clicking Layer > Duplicate layer, or using the shortcut CTRL/CMD + J. After this, select the duplicated layer and then go Filter > Blur > Lens Blur.

Again, this stage is down to your photo and how shallow your own depth of field already is. I used very close to the default settings as I felt it provided a good enough effect. 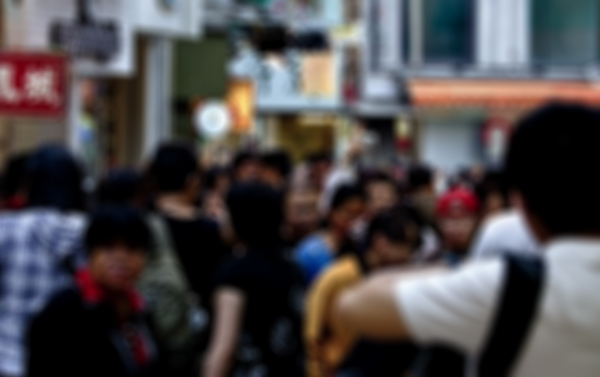 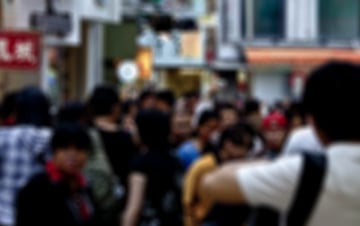 Select your blurred image and then select Layer > Layer Mask > Reveal All or alternatively simply click on the rectangle shape with a small circle inside, which can be found at the bottom of the layers panel.

Select your layer mask by clicking on it. Then take out your eraser tool, select a large soft brush and remove areas that you want to appear sharp. 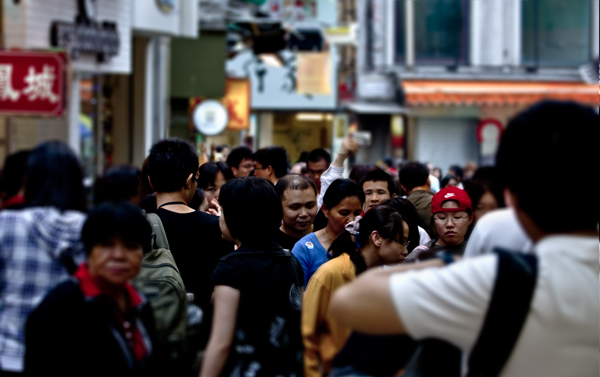 I have added two black rectangles at the top and bottom of the image. This is similar to when you watch widescreen movies on a widescreen television, and adds to the cinematic effect. I also shifted my photo up in order to obey the rule of thirds slightly better.

Then you are done! Easy as that - just simply remember that every photo is different and will need slightly different settings.

Here are a few other outcomes using extremely different styles of photos. Each one has had the settings tweaked slightly, but was shot by myself in RAW. 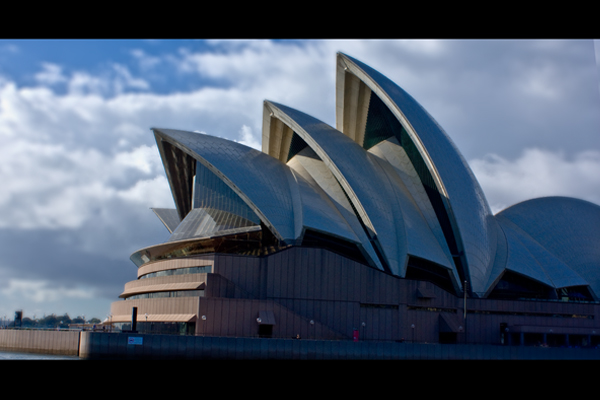 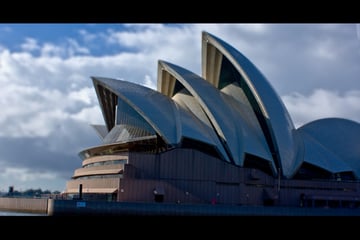 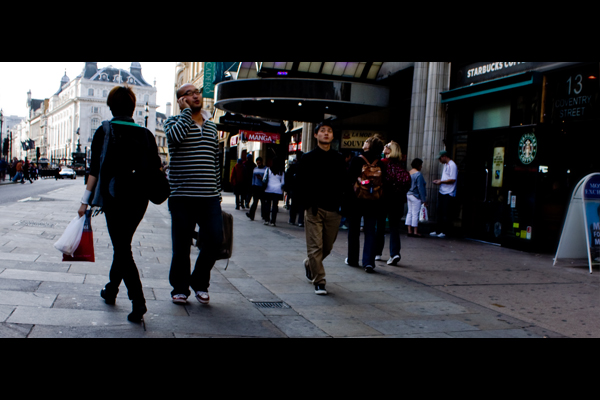 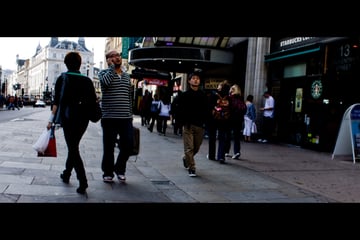 This image shows a normal scene in the centre of London, but by applying this effect it appears like a scene straight out of a movie.