DIY Grid and Snoot - And What They Do

The list of accessories a photographer could use is virtually endless, and in this economy, some of us don't have the extra money. Luckily, there are a number of way to reproduce many of these accessories at home on a budget. This tutorial/article addresses a couple of these flash accessories, why it's useful to have it in your gear bag and how you can manufacture your DIY version at home.

Not all photographers are in the position where they can buy every photographic accessory on the market. For some, it's just a hobby. And for the others, the economy makes it difficult to not only purchase the various strobes, flashes and other lights, but also the soft boxes, beauty dishes, grids, snoots, reflectors, diffusers...The list of things a photographer could use is virtually endless.

One of my favorite and easiest DIY flash accessories is a combo - the use of a grid and snoot together. Let us examine the different effects in using these accessories.

First: bare flash. A regular flash spills light quite a bit. It's uneven in its distribution of the light.

With a snoot: the light is more controlled. There's still some light spillage, but not as much. The distribution of light is a bit more even. 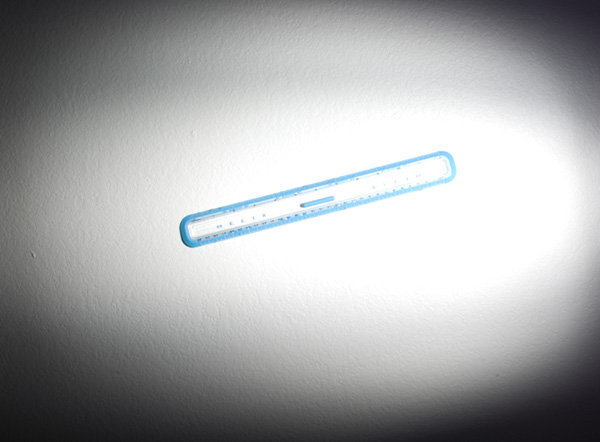 With a grid: it's even more controlled. The light spread is much smaller, but the edges aren't defined. 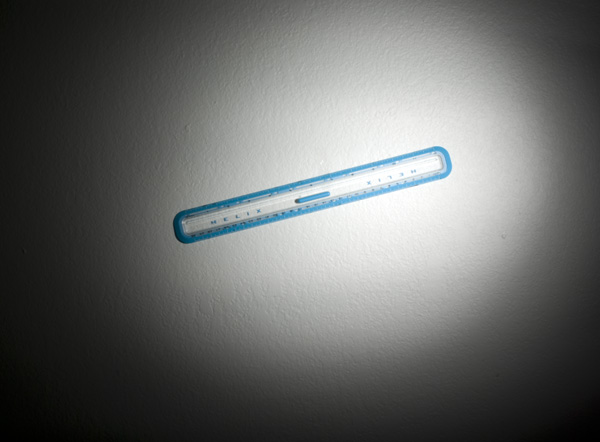 With a snoot and a grid: the light is much more tight and defined. 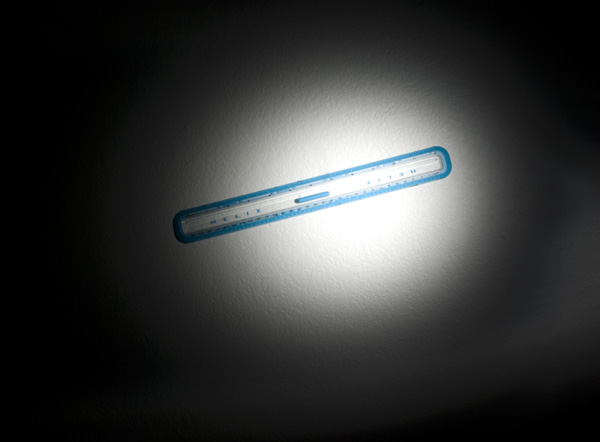 I personally like the snoot and grid combo because it produces a very tightly controlled beam of light, which comes in extremely handy in certain shoots. For example... 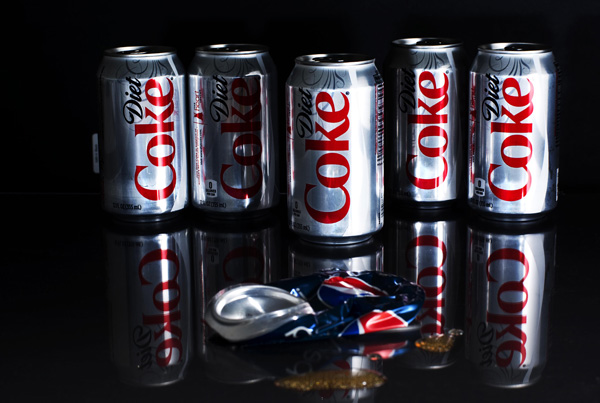 In the above image, I needed to very specifically illuminate the crushed Pepsi can without creating additional light spillage on the surface and the other Diet Coca Cola cans. The grid/snoot combo on the secondary flash did the job nicely, while the primary illuminated the Diet Coca Cola cans from camera right.

A grid and snoot are very handy accessories to have in your gearbag. It's great for moody or editorial shoots, and in a pinch, can function as a hair light for a portrait session.

I experimented with a few different DIY snoots and grids, and by far, this was my favorite because it was extremely budget friendly and the end result looks much better than, say, a snoot made from cereal cardboard box. 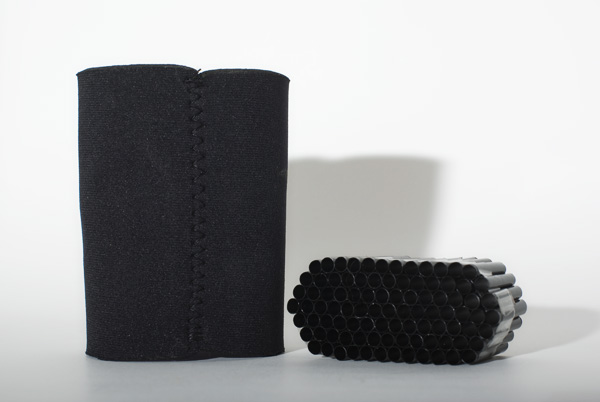 Find and buy a flexible Naugahyde beer huggie that has a black interior..

Cut the bottom out and invert the huggie. The black exterior appears more professional to a casual bystander.

The grid takes a little more work, but the end result does the job very well.

Find and acquire black plastic straws. (I found some at a certain nationwide bakery chain). Ask for permission to take a handful. If you don't ask, you can actually be charged with theft. 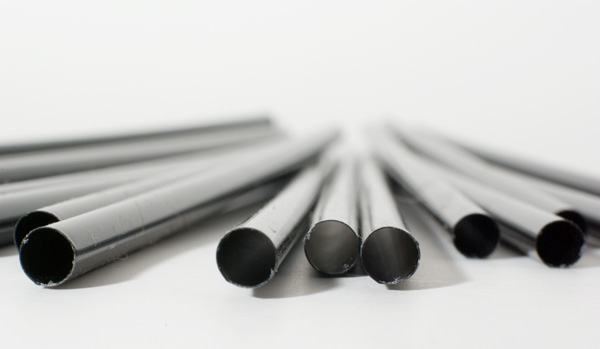 Decide on the length of your grid: The longer your grid is, the more light loss you will have. The most ideal size is about 1cm, but you may find that you want longer ones for extra light control. I do not recommend going longer than 3cm though; however, if your straws have a bigger diameter, you might be able to get away with 4cm without too much trouble. After a certain length, the light loss is just so extreme that it ceases being useful.

Cut the straws to the size you want using either a Xacto knife or scissors. If you have an old school cutting board with a chopping blade arm, that should result in more consistent cuts. Try to cut them all exactly the same length; it's difficult to trim them after constructing the grid. The more even they are, the more professional they seem - and less work you have fixing them.

I chose for this tutorial's new DIY grid to cut straws down to about 1.5cm width (the grid pictured above is about 3cm, made some time ago).

Start by laying down about 8cm strip of regular scotch tape, sticky side up, and line the first set of straws up in a row on the tape. Keep one side as even as you can; this side will be the side that faces out of the snoot. When you've completed the first row: lay a strip of double-sided tape on top of that and then press the next row of straws onto that. Repeat. Depending on the diameter of your straws, you may need as many as seven or eight rows. Aim to create a rough rectangle. I opted to make mine six-sided so that it'd fit the snoot more snugly; that's purely personal preferences.

As you construct the grid, continually check the length and thickness against your flash head. Your grid should ideally be slightly larger than the casing so that, for the times when you opt to use the grid sans the snoot, there are no light leaks outside it.

As you can see in the below image of a partially constructed grid, it isn't perfectly even despite my best efforts. I blame dull scissors. 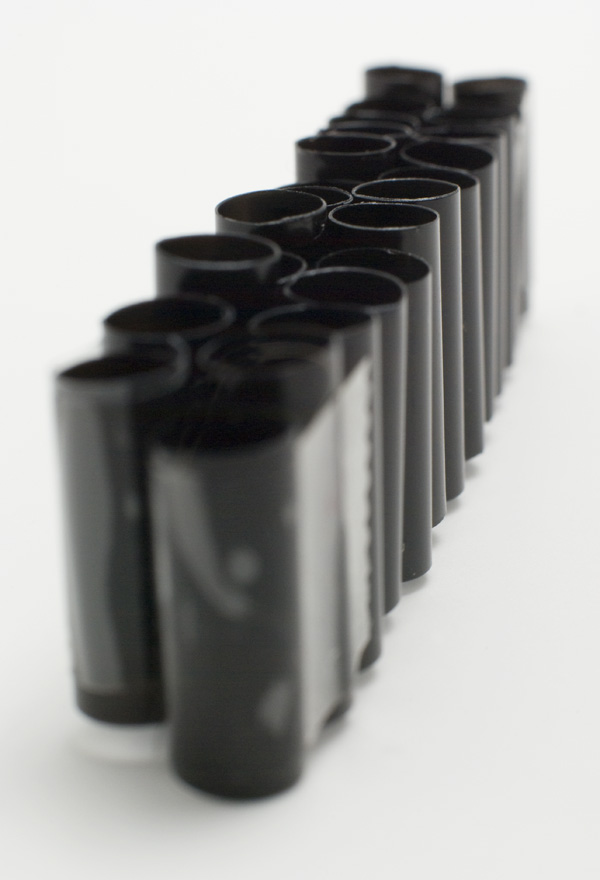 I ended up trimming it with a razor and will keep the nicer-looking side facing out the snoot. Unless someone examines it closely, nobody will be wiser.

When you're satisfied with the size and shape, check the fit against the flash head again. 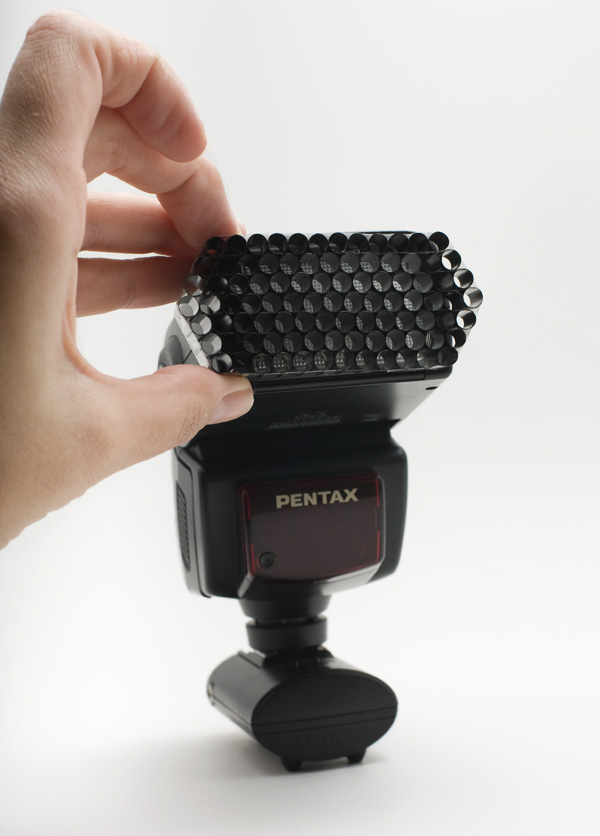 Once you're done with your alterations, complete your new grid by wrapping the outer edges in regular scotch tape or if you prefer, electrical tape. This will help hold the grid together a bit more sturdily. I used scotch tape.

Voila. Snoot and grid. Have fun experimenting with your new toy! 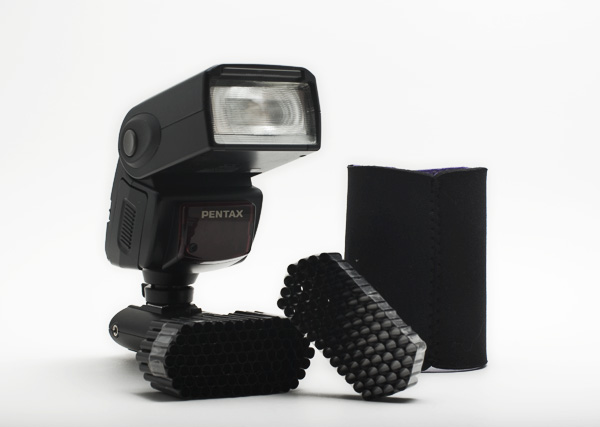 Jennifer Carrigan
Jennifer is a freelance writer and editor residing somewhere in Seattle, and she occasionally moonlights as a "lifestyle" photographer. Jennifer enjoys exploring new techniques and is, as of early 2011, teaching herself about product and commercial photography.
Weekly email summary