How To Diffuse Your Pop-Up Flash with a Fong Puffer

Don't you just hate that little pop-up flash on your camera? Harsh shadows, blown highlights, ugly photos; no fun at all! If only there were a way to turn this little flash into something that you could actually use without being embarrassed of the results.

Today we're going to take a look at a product that promises to do just that: The Gary Fong Pop-Up Flash Diffuser. We'll discuss pricing and setup and take some test shots to see if it actually makes good on its promise.

The Plight of the Pop-up Flash 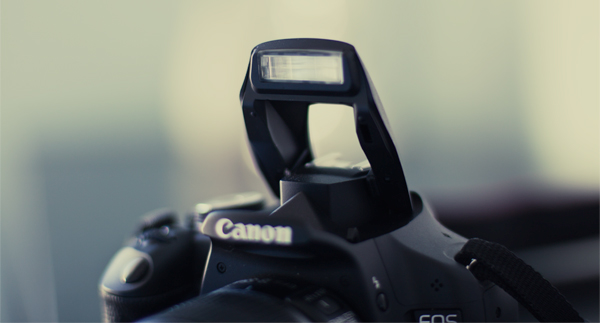 If you're a new photographer, you might be confused about a trend in professional cameras. Generally, the more expensive the camera, the less likely it is to have a pop-up flash. This is of course counter-intuitive. Why would Canon and other manufacturers start stripping features as the price increases? Shouldn't it be the other way around? Why does the $600 Canon T1i come equipped with a flash while the $2,000 Canon 5D Mark II doesn't?

While I can't pretend to fully understand Canon's reasoning, an important part of the equation no doubt lies in an analysis of the customer purchasing the camera. Most people that purchase 5Ds aren't merely looking for something to shoot photos of their kid's next birthday party, they're likely engaged in a level of professionalism.

What's So Bad About My Flash?

Pop-up flashes are harsh and direct. They can make photos taken with a $700 camera look like they came from a disposable flash and trash. Sure, you have the benefit of actually being able to take pictures where you otherwise wouldn't, but the result is often flat, uninteresting images with harsh shadows and horrible white balance. 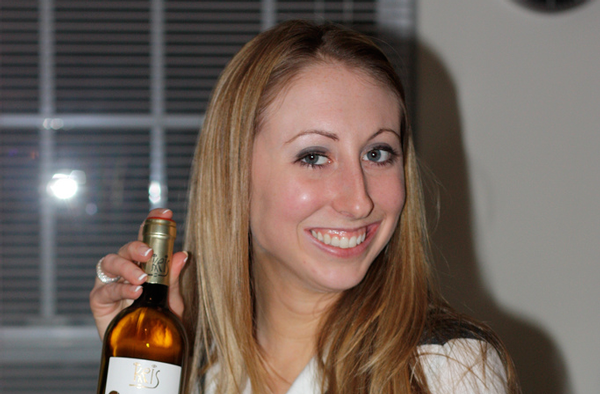 So Is My Flash Useless?

The information above isn't very encouraging to anyone who owns a camera with a pop-up flash. Odds are, you aren't ready to run out and spend hundreds of dollars for a good flash, so does this mean you're out of luck?

Fortunately, the answer is no. To be honest up front, your pop-up flash will probably never produce the kind of results you'll get from a Canon 580EX II, but you can take steps to make your flash usable and helpful.

Now that we've bashed pop-up flashes, you should know that even the high-grade on-camera flashes have a dirty little secret: they're harsh as well! It's simply the nature of the technology in its current state. They might be more powerful and spread the light out much better, but it's also quite easy to use them to take horrible photos.

Professional photographers that aren't a fan of directly hitting subjects with a bare flash generally take one of two routes. The first is to bounce the flash. Professional on-camera flashes have a pivot mechanism that allows you to point your flash at the ceiling, a nearby wall or a reflector card. This ensures that the subject isn't taking the harsh flash directly but rather receiving much softer, reflected light.

If you take a look at your pop-up flash, this technique doesn't really help you much. It would be ingenious of Canon to give their pop-up flashes a degree of swivel, even if just to point them up, but we have no such luck. Instead, the flash is fixed in its forward facing position.

The second technique that you'll see professional photographers use is the application of a flash diffuser. The most popular of these are made my Gary Fong. Fong makes several diffusers but most of them generally look like a piece of Tupperware retrofitted onto a Flash.

These "Lightspheres" work much in the same way that a lampshade does, dispersing and softening the light all at once. When used properly, this eliminates the harsh shadows and flat lighting typical of flash-lit shots.

Since you can't use the first technique very well with your pop-up flash, you'll have to take the second route and use a flash diffuser if you want to reduce the impact of your flash. Let's take a look at a product specifically for this purpose.

Gary Fong diffusers are generally for professional use and start at about $60. However, Fong also makes a neat little diffuser that you can pick up for around $20 called the Puffer. This flash diffuser is specially designed for pop-up flashes like those found on Canon Rebels (Puffers exist for Nikon, Sony, Pentax and other cameras as well). I recently purchased one of these for my Canon Rebel T1i so I could show you how to use it and see what kind of results it produces.

The Puffer comes in two pieces, both made of plastic. The first piece is the holder mechanism. This is cleverly designed to fit right into the hot shoe on your camera.

The second piece is the actual diffuser. It's a piece of curved, translucent plastic with several holes in a vertical strip on either side. 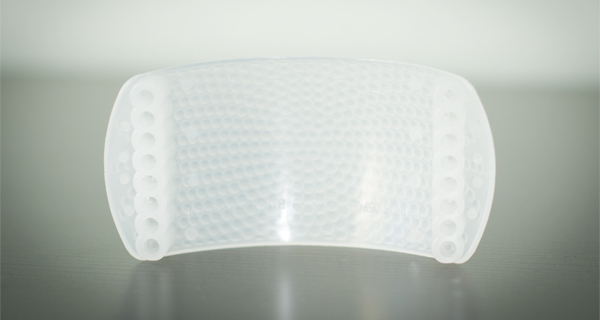 Put these two pieces together and you've got your Puffer. The pegs in the holder pop right into the holes on the diffuser. Multiple holes help you position the diffuser properly in front of your pop-up flash. I used the third hole from the bottom for my T1i, you should experiment to see what works best on your camera.

Once you've got your Puffer put together, just slide it into the hot shoe on your camera. Note that there's nothing electronic here, the hot shoe is just being used to hold the diffuser upright.

Isn't that something? Now let's do some tests to see if I wasted $18.

First, I found a fairly poorly lit section of my house. It was in the middle of the day so the house felt quite bright to my eyes, but my camera didn't quite agree. I was attempting to simulate a lot of the inside shots I've had trouble with during family gatherings, parties, etc. The resulting image was quite dark, even at a fairly slow shutter speed. Note that all of the images in this section are straight out of camera and have not been edited in any way aside from resizing and labeling.

Next I repeated the same shot, once with the diffuser and once with just the bare flash. The difference between the two results wasn't nearly as dramatic as I had hoped, but they are noticeably unique.

Neither technique created harsh face shadows (I was straight in front of the camera), nor did either produce an overly harsh, flat look. Even more surprisingly, one isn't significantly brighter than the other as I had expected.

The area that seems to display the most difference is the temperature of the image. The diffuser made the photo noticeably warmer (which is a good thing). This is more evident if we sample the skin tones from the two images using the same reference point.

Since my first setup wasn't creating any harsh shadows to analyze, I moved on to something new. This time I changed the camera settings a bit to adjust to the new room and repeated my with/without the Puffer process. Below are the results:

Here you can see the results of the Puffer much better. The shadows are softer and the light is more spread out, resulting in an overall brighter looking image.

In one final test, I wanted to really see the difference between how the two different methods dispersed the light. Basically, I wanted to analyze the shape of the flash and the resulting light rays. The easiest way I could figure out to do this was simply to stand in front of a mirror and take a few shots. 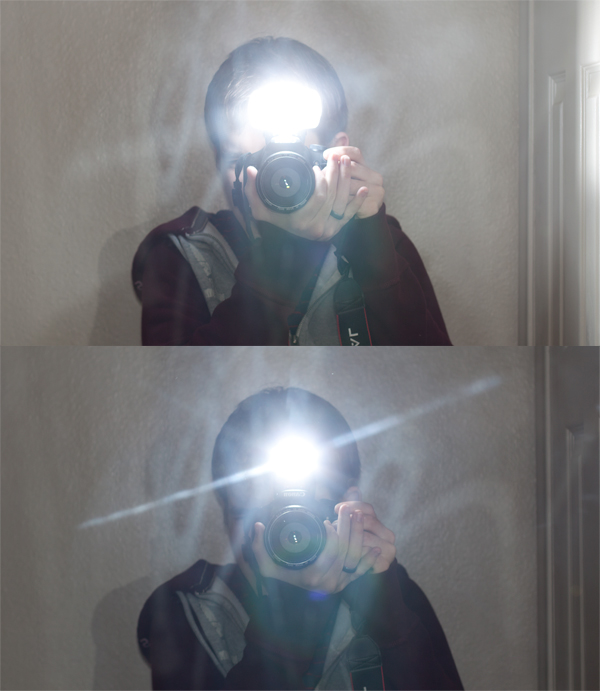 Is It Worth The Money?

The Gary Fong Puffer did exactly what it advertised, it softened my shadows and spread out the flash. However, I must admit that I had hoped for a more dramatic improvement in the quality of the resulting image. To be fair, much of this can probably be attributed to the fact that Canon placed a not-so-horrible flash on the T1i.

To quickly answer some questions that you might have about the Puffer: No, it doesn't eliminate redeye or pin lighting (little dots in the eyes). The flash carries around a big room a bit better, but is still not ideal for shooting anything more than a few feet away. No, I still wouldn't use a pop-up flash in a dark professional situation such as a wedding reception. Though I might consider using the Puffer in an already bright outdoor shoot to add some filler.

So will this piece of plastic take a pop-up flash from horrible to amazing? Certainly not. Am I glad that I have one? You bet. I've spent a lot of time with it in the past month in lots of different lighting scenarios and I almost always get better results with the Puffer than I do without it. Sometimes the difference is so subtle that most people would see no real improvement, but a photographer's eye will always spot the warmer skin tones and improved light spread.

How Do You Diffuse Your Pop-Up Flash?

Now that we've seen how the commercial product works, let's have a look at some of your homemade methods! I know many of you have faced this problem before and I've seen some pretty inventive methods for a DIY diffuser, everything from a film canister to vacuum bags!

Leave a comment below with a link to your diffuser hacks. Were you satisfied with the results? How would you improve your rig if you did it all over. Also be sure to let us know what you think of the Puffer!