Though the still photo is a beautiful thing, it does have its weaknesses - especially when it comes to portraying movement. In this tutorial you'll learn how to faithfully capture movement by taking photos that use flash and a slow shutter speed. You'll learn about recommended gear, how to choose appropriate subjects, setting up the shoot, dealing with lighting and choosing the best settings on your camera.

Ideally, to utilize this technique, you'll need a camera that can have its shutter speeds and aperture adjusted manually, a flash with TTL capabilities and/or manual adjustments and an off-camera cord or wireless flash triggering device.

To create this photograph, I used a Nikon Digital SLR

with a varipower module, and a standard PC sync cord. There are other ways to create this effect that I will cover at the end of this entry, but they are typically much less effective.

On a personal note, I believe that money is better spent on a good camera and good lenses. Most accessories are over-priced or over-convenient, hence my lighting equipment is rather basic. 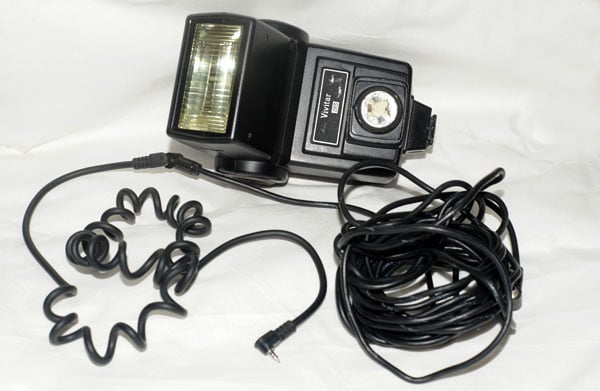 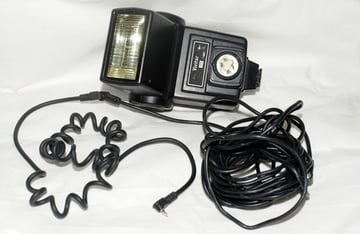 This technique is great at conveying motion in a still photo. Non-flash techniques for this include panning and isolated motion blur. Using flash with a slow shutter speed allows you to take this method a step further, by giving you yet another way to freeze part of the action. As you can see in this photo, there is a sharp frozen subject and yet the edges blur and everything is a little transparent. Things that really pop using this technique are subjects moving in an interesting background, like dancers, musicians, athletes, raging animals and bar fights.

Action; you want action. Especially the kind of action that looks boring and static when shot in a normal way. This could also be used in a more controlled environment with a focus on producing ghostlike, see-through people. Also, a common problem many people run into when shooting with a flash is that the subject ends up surrounded by darkness. This also fixes that problem. This photo is another example of what is possible with this technique. The stage lights and the musician's movement fill the frame with dynamic elements. 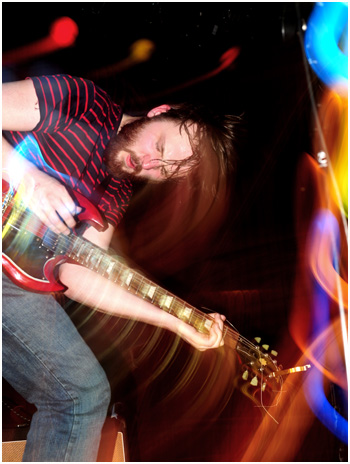 As a photojournalist, I try to portray the subject as accurately and as unmanipulated as possible. Obviously, this shot could be considered a gray area in the ethics department, but I think this shows the atmosphere and energy of the event much more honestly than a completely static still photo shot under florescent lights could have.

After dealing with several minutes of making poorly lit photos that lacked dynamic appeal, I decided to attach a flash to a curtain rod in the room. In the photo the flash is located just outside the top right corner of the frame.

I work mostly using all manual settings on my camera and flash, so I'll first describe how to shoot this photo setting everything by hand. I'll then go on to describe possible shortcuts and alternatives. Just remember that knowing how to use the equipment you have is much more important than having the newest and greatest gear. 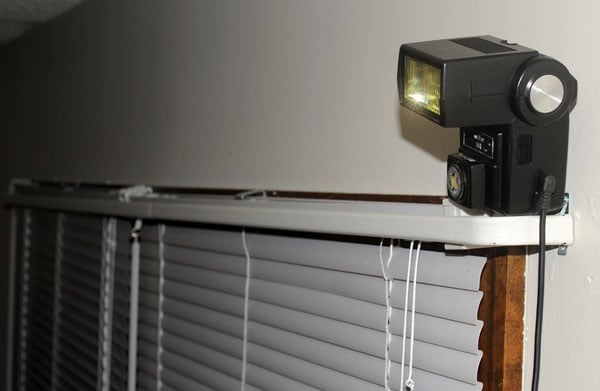 When using flash at any time, you are really dealing with two different sources of light. You have the ambient light--that's the light that's already in the setting, coming from lamps or a window or the sun. You then have the light the flash is producing. The goal in a photo like this is to balance the two.

The first step is to determine what your exposure would be without a flash. When doing this, keep in mind that the technique depends on a slow shutter speed.

Your ISO setting could also be adjusted to allow for different aperture settings if you have a desired depth-of-field. This photo was taken at the beginning of my shoot and shows what the scene looked like with ambient light only This is just a test shot, but notice that it has a little motion blur. This is due to the slow shutter speed I was using because I knew I would be utilizing this technique.

Think of your ambient exposure as your background exposure. In most situations, including the one I photographed, your flash will be lighting the subject in the foreground, and the ambient light will be filling in the background. This isn't a rule, but it's just how things normally work out. Because of this, you need to decide how bright your background will be in relation to the subject. You don't want the ambient/background light to be as bright as your subject and distract from the central point of focus. By adjusting your aperture you can control how much darker you want the background to be.

My background was about 1.5 stops darker than the subject, and I ended up using f/16 to achieve that. This was shot in the very same situation I shot the final product in. Notice how much darker it is than the normal ambient exposure above. The girl in the center of this shot is the subject of the final photo. 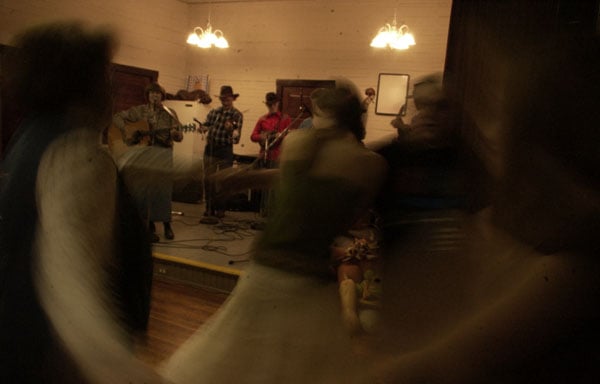 With the current setting on your camera, you can now take slightly dark, extremely blurry photos. It's time to strap on the flash. As I said earlier, my lighting set up is basic. I simply attach my flash to my camera with a cord and place the flash where I want it. The flash itself is also very basic. The only adjustment is a dial controlling the power or brightness. I simply took a few test shots and adjusted the power.

If you subject is too bright at half power, come down to quarter power and vice versa. You can also use these test shots to determine if your shutter speed is correct. Is everything way too blurry, even after the short burst of the flash froze the action? If so, you may need to make your shutter speed faster.

This shot brings all the elements together. I just needed to slightly adjust my shutter speed, which was a little too blurry for the things going on in the background. Because of the movement in the scene, you'll need to keep shooting prolifically until you get the composition you want. 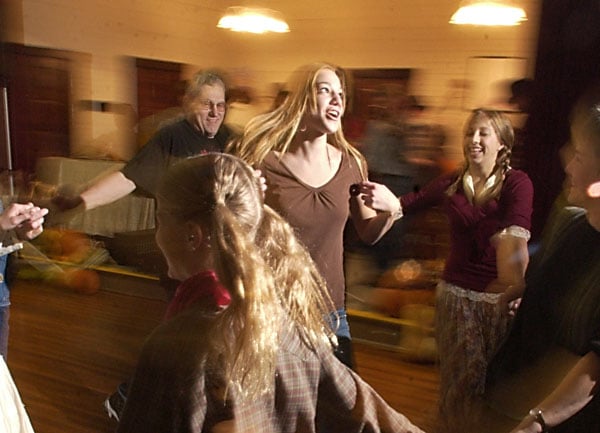 Perhaps you aren't used to working in an all manual mode with all manual gear. Maybe you don't have the ability to remove the flash from the camera. Or--you have way more money than me and suspect that your gear is smart enough to figure some of this stuff out on its own! There are some shortcuts and alternatives to make this technique work for anyone. These might be a better option if you want to keep it simple, or when you don't have time to fiddle with settings or set up your lighting for fear of losing the shot.

Don't worry too much about this limitation. Just keep in mind where the light from your flash is coming from and try to visualize what the light will be hitting. Many flashes allow you to adjust their direction so that the light is not hitting straight-on. Try bouncing your flash off the ceiling a wall. Trust me, the result will still be much better than if you let your camera do all the work. 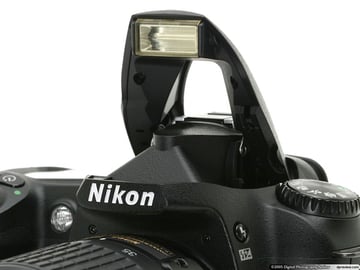 Most modern flashes have TTL capability or are considered "dedicated," meaning they are built for a specific brand of camera and won't function properly if used with another brand. As a side note, if your point-and-shoot has a flash, it is dedicated. Dedicated flashes can receive data from your camera and can determine a proper exposure by themselves. If you have one of these flashes, you can leave it in "auto" or "TTL" mode. Just set your camera manually and let the flash set itself. But if your are noticing the photos are way too bright or dark, then you are operating outside of the flash's range. Adjust your aperture to correct this. 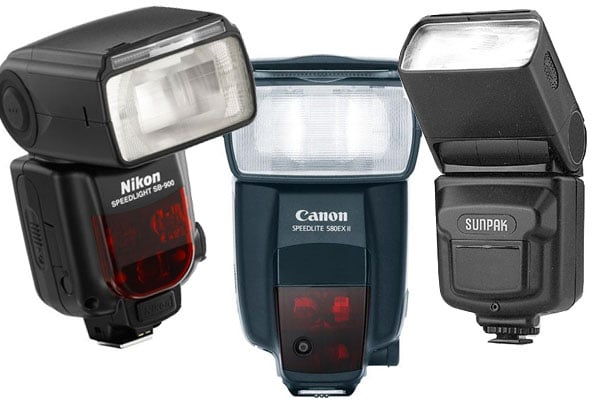 There are a variety of wireless triggers for flashes. Some are extremely expensive and some are very affordable

. The very affordable ones are usually only used with all manual flashes or studio strobes. The expensive ones are usually for dedicated flashes and allow the camera to transmit data to the flash through the air instead of a wire. Using one of these doesn't change the process, it just frees you up to move farther away than a cord will reach. 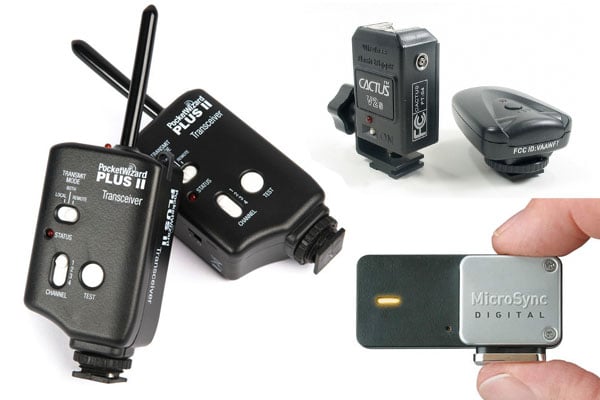 On most modern DSLRs and even some advanced point-and-shoots, there is a setting (typically labeled T or S) that allows you to select a shutter speed and your camera will automatically determine the aperture. This option can only be used with dedicated flashes, but if you have one, this way is the easiest. All you'll need to do is select this mode, select a slow shutter speed, attach your flash and shoot.

BUT, and there is always a "but," if you use this mode, your camera will not automatically under-expose the ambient light. If you want it to, you'll need to use the exposure compensation function on your camera. Also, modern DSLR's don't usually allow the shutter speed to go below 1/60 or 1/30 of a second when a dedicated flash is attached. You'll need to go into the menu of the camera to turn the limitation off, but there will always be an option to do so. 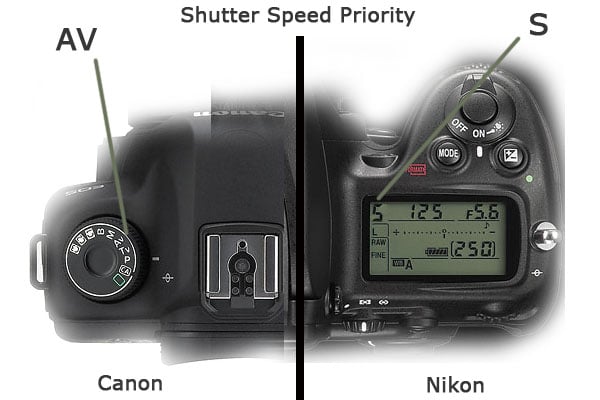 This is a setting on many advanced DSLRs that causes the flash to fire just before the shutter closes instead of just after it opens. If you're using a fast shutter speed there often isn't too much difference between rear curtain sync and front curtain sync. But with this technique, the shutter is open long enough for it to change the effect. Unfortunately it's not always easy to predict what will occur.

I prefer not to use rear curtain sync because you have to predict far in advance where your subject will be positioned in the frame. Instead of having them frozen by the flash immediately when you trip the shutter, they will be frozen later. How much later depends on your shutter speed. This makes shooting much harder.

Another thing to keep in mind when using rear curtain sync is that the blur of a moving subject will be on the opposite side. This is because the ambient light you're picking up with your camera is happening before the flash freezes it, not after. In other words, the blur will lead up to the frozen moment instead of leading away from it. 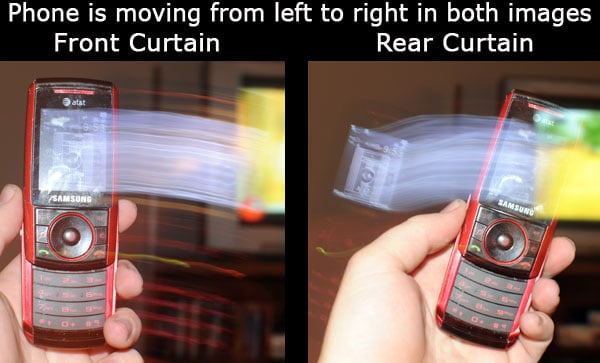 14. What Is Actually Happening?

When you take this picture your camera is completing a lot of tiny processes in a very short time. Here are those steps:

Have fun experimenting with this process. You could even try moving your camera around between the time the flash fires and the time your shutter closes for an even more dramatic effect. 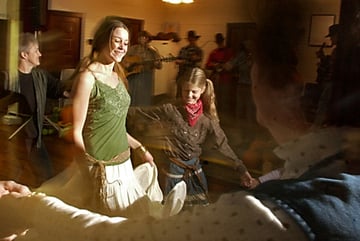 LightingShootingSpeedlights
Did you find this post useful?
Yes No
Would you like to provide feedback (optional)?
Cancel Submit
Want a weekly email summary?
Subscribe below and we’ll send you a weekly email summary of all new Photo & Video tutorials. Never miss out on learning about the next big thing.
Sign up