How to Use Sony Vegas Pro in 60 Seconds

Welcome to Sony Vegas Pro in 60 Seconds, in which you can learn a skill, feature, or technique in just a minute!

Now in its 13th incarnation, Sony Vegas Pro is a non-linear editing system for video. While its use still lags behind in popularity compared to more famous non-linear editors like Adobe, Avid and Final Cut, Sony Vegas offers all you would expect and is a real contender used by many professional video producers (at a price that's easy to afford).

From standard definition to 4k and 3D, Sony Vegas pro will handle multiple file formats in the same session, loaded directly into the working timeline. As a stand-alone piece of software it really can handle your entire project including sophisticated audio tools.

Working from a PC instead of a Mac means that it is also a favorite ‘first time’ choice for those looking for something more sophisticated with the option of a consumer version with less bells and whistles than the professional offering.

Sony Vegas is user friendly and intuitive, meaning you can increase the sophistication of your films at your own pace, trying new effects and more complicated operations as your confidence and knowledge grows.

Want to learn more? Check out the video above to see this lesson at work!

In Video Editing With Sony Vegas Pro you'll get a head start with the principles of video editing by working through a fun project: a short travel video.

This is part of a series of quick video tutorials on Envato Tuts+ in which we introduce a range of subjects, all in 60 seconds—just enough to whet your appetite. Let us know in the comments what you thought of this video and what else you'd like to see explained in 60 seconds! 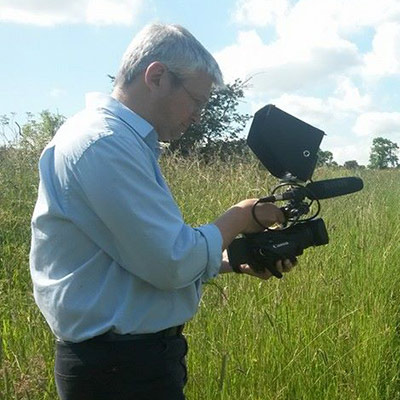 Mark Thorburn
Sunderland, UK
Mark Thorburn is a film maker based in the North East of England. He has over 25 years experience working in the broadcast media sector. He specialises in commercial, event and documentary film making.
lonelytower
Weekly email summary
Subscribe below and we’ll send you a weekly email summary of all new Photo & Video tutorials. Never miss out on learning about the next big thing.
Advertisement
Translations