Back in the days of film cameras, macro (or micro) photography referred to an image magnification that was 1:1 or greater in relation to the 35mm film frame.

With the rise of digital cameras of varying sensor sizes, this measurement is almost obsolete.  Today, most of compact cameras, bridge cameras and DSLRs (entry level to intermediate) will have a macro mode, depicted by a flower.

This will allow you to focus a little bit closer than the usual minimum distance and also tell your camera to select a wide aperture to keep the background out of focus. If you’re using a full frame dSLR then you’ll probably want to shoot in Aperture priority mode (A) so you can control your light and depth of field.

Close-up and macro photography is achievable in many ways, even without a dedicated macro lens. In this tutorial, I’ll go through some of the most popular macro-photography lenses and methods for close-up photography.

A specialised macro lens can range in price from a couple of hundred pounds to thousands of pounds. The length of macro lenses vary too, so think about what subject matter you want to shoot before you decide. A longer focal length will allow you a greater focussing distance, so if you want to shoot insects, for example, you’d need to choose a longer lens. 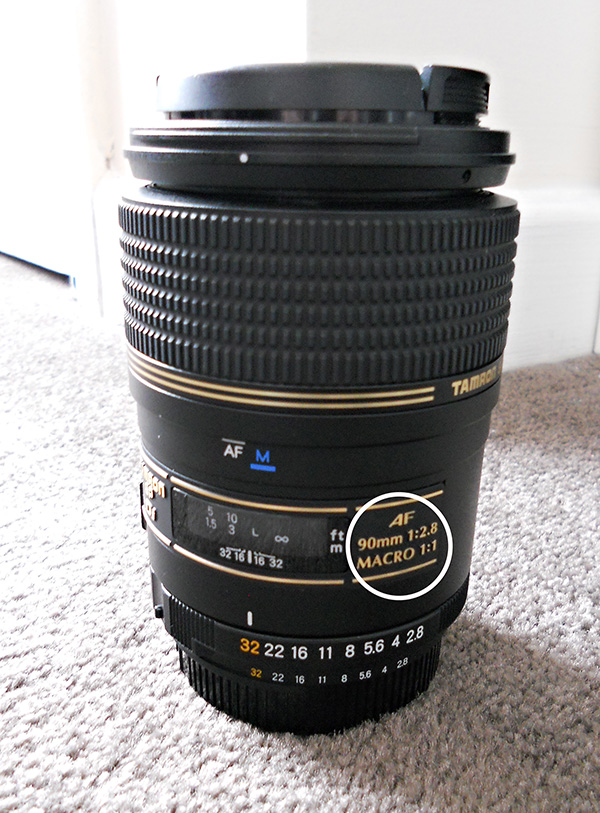 Macro lenses have something called flat-field focus. A traditional lens will curve, resulting in the subject being sharp in the middle and then less so towards the edges. Flat-field lenses are sharp right through, from focal point to edges, which is an advantage over using a regular lens for macro.

Macro lenses are usually quite fast (large maximum aperture) which is great as you’ll need lots of light when photographing a subject up close. This creates an incredibly narrow depth of field though, meaning you’ll have less in focus than you might like.

Be sure to get a macro lens that will work with your DSLR body. Some lenses are for smaller sensors. Some lenses don’t have internal motors, so if your body doesn't have one and you won't be able to auto focus. Having said that, when doing close-up stuff I always manual focus as AF is often too slow and inacurate when there’s a lack of light and a narrow depth of field.

Extension tubes are my favourite way to do macro without a specialised lens. You can buy different makes and sizes of tubes; I have a set of Kenko ones that look like this:

They cost around £99 but cheaper options are available. Be aware that some don’t have metal contacts inside, so they won’t ‘talk’ to your camera or auto focus. You can use all three or any combination of sizes together:

Extension tubes screw between the camera body and lens, creating some distance and turning an ‘ordinary’ lens into one capable of close focus. I've found this particularly works well with my 135mm f/2 because of both the length and it being a fast lens; but I've tried it with a telephoto and with the macro lens and all produce very pleasing results.

The trade-off with extension tubes is a loss of light.  This can be as much as a couple of f-stops, so again this will having a bearing on which lens produces the best results. Try and use lenses that stop down to at least f/2.8 for real close up work.

The great thing about extension tubes is that they’re designed to fit the camera in the same way as all your lenses, so you’ll be able try all your lenses and see which works best. Be aware that the more of the extension tubes you use and the bigger the lens, the heavier your camera will be to lift and keep steady if you’re shooting hand-held.

Also, as mentioned earlier, when using a regular lens it’s unlikely you’ll have the benefit of flat-field focus as the lens will most likely curve. When working with narrow depth of field though, this is less important and probably not noticeable.

This method is probably the cheapest way to get macro results. You can use a reversing ring, which mounts a normal lens onto your camera backwards, allowing you to focus closer to a subject. The results are vastly different from a dedicated macro lens but can create a very nice effect. Reversing rings work well with prime lenses (a fixed focal length): a decent used 50mm can be picked up very cheaply and the ring itself is less than £10. Make sure you get the correct size ring for the lens you want to use and always be aware that the rear optic will be exposed so be careful not to bump or scratch it.

As a quick comparison, I chose this Kodak Instamatic as my subject:

I took all of the pictures on ‘auto (or P)’ so that the only variable is the subject. I sat less than a foot away from the table, moving only my upper body with the camera back or forwards depending on what the focal length of the method would allow. The pictures are handheld and, as I said, not necessarily set to the best settings, so if they’re not tack sharp, it’s a reflection on the method, not the equipment, but it’s the best way to show you the results. These were all taken with a Nikon D800.

Sharp results but you have to lean right into the subject to get a close focus, potentially blocking your own light.

As these can be used with just about any lens depending on fit, the two examples I’ve chosen are a 50mm as they’re quite common and cheap to pick up and a 135mm which has a longer focal length.

As you can see there’s quite a difference. With this lens being a f/1.8, it really compensates for any loss of light using the tubes. Again, you have to be fairly close, but not as close as with the Tamron.

Sat in the same place as for the other examples, I had to lean quite far back to get this one with it being a longer focal length. Now we add the tubes:

Again, a huge difference. Not quite as close as the 50mm, but I was able to be much further back with my upper body. This is a must if photographing insects or small animals, for example.

I only have a reversing ring that fits this lens but you can get them for almost any thread size.

As you can see, the results with the 50mm mounted backwards aren’t as close as with the tubes. The image was much darker through the viewfinder so it’s harder to see your focus. With the camera not being connected to the lens either, you’d have to monitor your own aperture and focus.

As I've mentioned, the methods in this tutorial aren't the only methods of capturing macro, but they are the ones I've used most often and had consistently good results with.

My macro lens is one of my favourite lenses, it’s tack sharp, fast and also makes a great portrait lens. It’s the lens I use for nearly all of my macro work, although the extension tubes are racing for that joint first position.

The benefit of the extension tubes is that you can use them with your other lenses, great for those who don’t want to invest in a specialised lens.  You can also use them independent of one another for different results. You can get cheaper ones than the ones I've mentioned and you can get some stunning results with them.

In my opinion, reversing rings aren't worth wasting your time (or money) on. Yes, they’re cheap but the results can be unpredictable and you risk your lens by exposing the rear element.

If you’re really into your macro, buy a specialist lens and it will open up a whole new world to you. If you just want to give macro a go or want macro on a tighter budget, try the tubes.