It's OK to Use Phone Cameras for Professional Photography

Looking at the Trends

While the majority still prefer their dedicated camera for capturing photographs in business settings, 13% of the professional photographers surveyed take at least half of their work-related pictures with their smartphone, and almost two thirds use their smartphone to make pictures in their personal life.

This trend reveals a marked increase in camera phone usage among pros. About 30% of those surveyed said they opt for their smartphone more today than they did a year ago. When it comes to personal photography, 29% take half of their images with a camera phone, and 36 percent take greater than half of their personal shots with camera phones.

While these data are unrelated to professional use, the overall increase in smartphone use among professionals suggests that they are being swayed by the technology: its ease of use, its (greatly) improved resolution and image quality, its ubiquity and growing industry acceptance, all of this and more seem to be contributing to higher usage in professional settings. The overwhelming majority of which—about 85 percent—do so with an iPhone, despite the fact that Android camera phones are so often marketed to tout their quality and superiority.

This study also revealed something else that made us raise an eyebrow. When professional photographers were asked about when they use smartphones in work-related situations, the resulting data showed they do so mostly when the client who hired them isn’t around to see their choice in technology. Almost 60 percent choose their smartphone over their dedicated camera to make images for their website, social media accounts, or scenarios that otherwise support their photography business. Another 20 percent opts for their smartphone over their pro gear to make pictures behind the scenes in work contexts.

So how did the camera phone make such strides among pros in the industry? Even though the majority do not use them for work, the uptick in usage is a sure sign they are gaining in popularity since the initial models appeared. Made first by Samsung and released in 2000, the SCH-V200 had two separate components, one for the camera, the other for the phone, that were connected to one body. It featured a 1.5 inch LCD and could take only 20 images at .35 megapixels (yes that’s point three five). What’s more, you had to be hooked up to a computer to access the images.

Five months later, in November 2000, another camera phone came on the market: the J-SH04 J-Phone by Sharp Electronics. Even less impressive, images were only .11 megapixels, but unlike Samsung’s model, the camera and phone were integrated and consumers could share images with others directly from their phone, without having to pair with a computer.

Technology has certainly come a long way in the past twenty or so years. Apple’s latest model, the iPhone 13 Pro, for example, has an LCD as large as 6.7 inches, with telephoto, wide, and ultra wide camera system at 460 ppi, HDR video, and incredible low-light capability. All this plus filters, an end-to-end professional workflow, even the ability to revise the depth effect in post-production. The iPhone is, of course, just one of many camera phones available today; there are plenty of other models enticing the pros today, too. Even still, surveys show iPhones remain a very strong favorite among those in the industry. 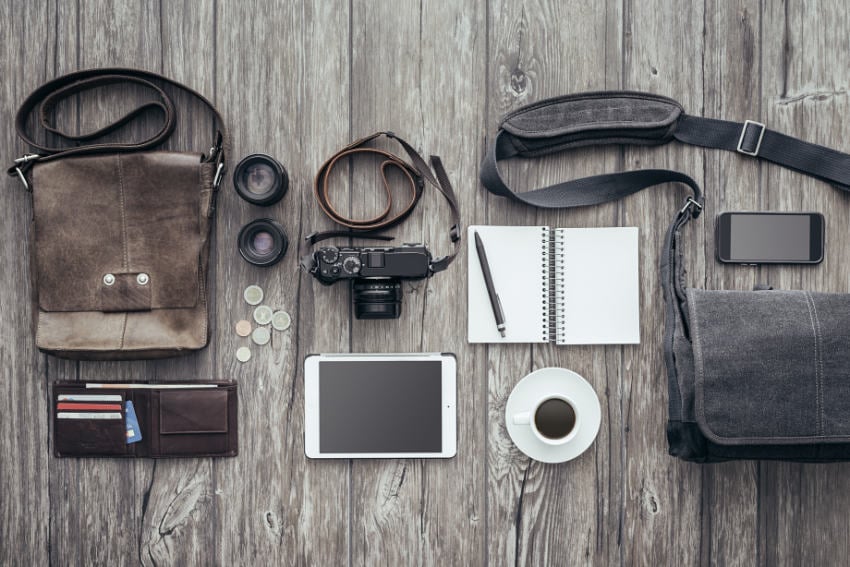 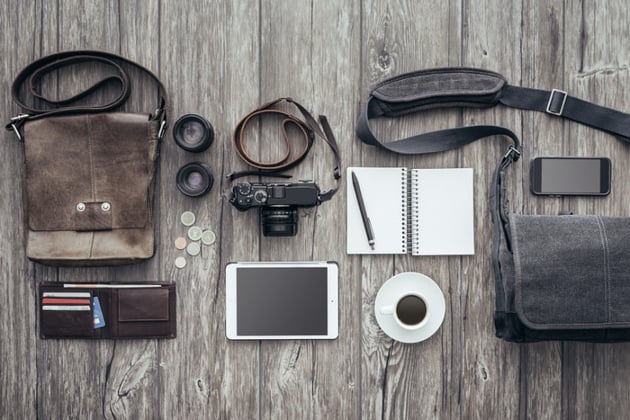 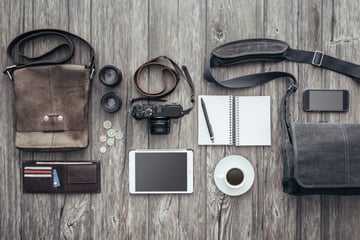 With all the technological advances, it’s not a surprise that professional photographers are starting to include camera phones in their choice of gear. Providing additional incentive is the fact that camera phones are much less arduous to cart around than the oftentimes weighty, cumbersome gear required during professional shots. It’s also not lost on pros that camera phones are slim enough to be clutched and operated with one hand, and pretty much always in reach to capture those fleeting moments that are so painful when missed.

That said, professional photography equipment isn’t going anywhere anytime soon. The optical quality of camera phones—even among the high-end models—is still a concern among many in the industry. Perhaps even more insurmountable are the perceptions of their clients, most of whom deem camera phones substandard and therefore unacceptable on a photo shoot. So—for now at least—professional gear is still what separates the amateurs from the pros. And perhaps that's how it should be.

PhotographySmartphoneiPhoneiPhoneography
Did you find this post useful?
Yes No
Would you like to provide feedback (optional)?
Cancel Submit
Want a weekly email summary?
Subscribe below and we’ll send you a weekly email summary of all new Photo & Video tutorials. Never miss out on learning about the next big thing.
Sign up

Duncan Clark
New York, NY
Duncan Clark is a freelance writer based in Brooklyn. She has a BA and MA in Literature and specializes in visual arts writing.