Quick Tip: Create Your Own Daguerreotype in Photoshop

In today's Quick Tip tutorial, we'll teach you how to create your own daguerreotype style image in Photoshop. A daguerreotype was the first publicly announced type of photographic process, created in 1839, and many of its classic characteristics can be recreated today in our favourite graphics editing app.

What Is a Daguerreotype?

A daguerreotype was the first publicly announced type of photographic process, created in 1839 by a couple of French scientists. Here is a watered down version of the quite complex process:

Due to the long exposure of a daguerreotype, we need to make our photos look blurred in the correct places. For example, water features would be a silky white colour. We will also have to manipulate our photo onto some sort of a metal plate surface as well as create the correct chemical staining - often a orangey colour. 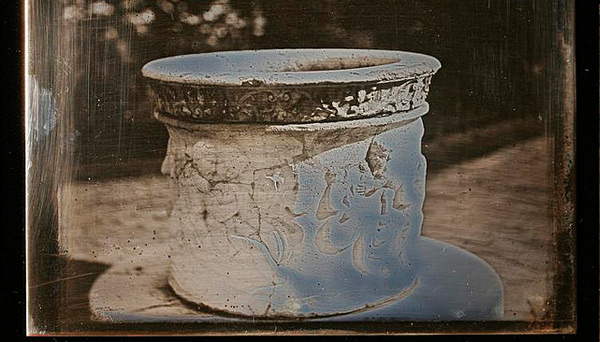 For this tutorial I am using the stock by telegram of London's Tower Bridge. If you are going to shoot your own, there are a few things to consider.

Most importantly, shoot a long exposure. Having to edit water or the sky into looking like a long exposure is often hard work, save yourself hours by shooting a little longer. Secondly don't worry about the colour. You are going to change it to black and white anyway.

If you are shooting a landscape, remember that people are unlikely to have stood in the same place and therefore in the cameras "eyes" will be invisible. If you have people in your photograph I would suggest cloning them out at the outset. 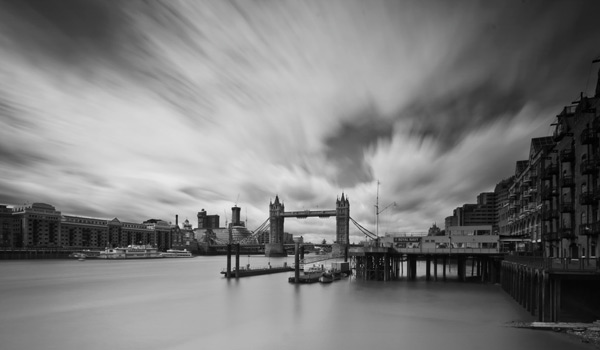 Load your Photo into Photoshop. If your image is in colour then simply convert it via Layer > New Adjustment Layer > Black and White.

When shooting a real Daguerreotype, you would have shot the image onto a silver surface. Therefore we need to add the surface scratches that the plate would have most likely occurred over the years.

I found an amazing site called Mayang's textures, it contains over 3600 textures in which you can use in your designs. Please read the FAQ for questions on usage and licensing.

Another great resource is GraphicRiver which there are some fantastic packs including these two:

Make sure the texture is black and white and then simply place your texture over the image and then play around the layer modes. Overlay, soft light or screen I found worked best depending on the texture. You might also have to play around with the opacity.

If you look at a daguerreotype gallery you will notice that most, if not every, picture seems to have a slight sepia tone to them. Therefore I add a warming photo filter. You can find it under Layer > New Adjustment Layer > Photo Filter. Often the default filter is the warming filter and is perfect. You may wish to turn down the opacity. 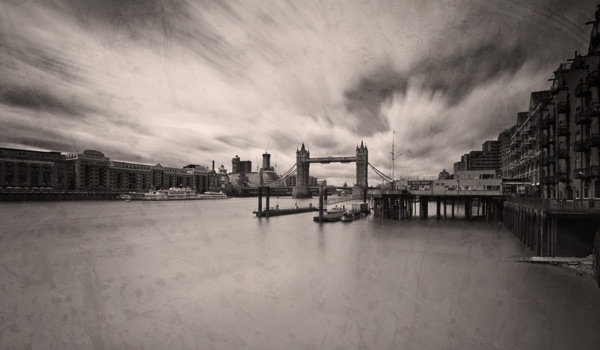 When dealing with chemicals, often the edges of the image became stained. This again was often an orange or blue colour, due to the oxidation of the silver plate.

So on a new layer using a large soft brush, paint some orange circles (#ff9700). Reduce the opacity to between 10-30%. Then repeat this again with a blue colour. Remember that this staining would be more intense in certain areas than others. It was certainly not even.

I also noticed a large number of real daguerreotypes contain a light vignette. In order to add your own, simply create a new layer and then go Image > Apply Image. Then go Filter > Lens correction. Under the custom panel you should find the vignette tool. Simply play around with the sliders until you are happy. 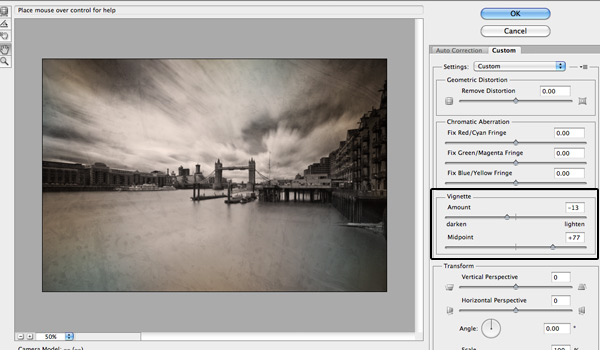 Now this stage is really optional. If you want to make your design look completely real I would suggest following it through. First of all, purchase some metallic paper, I would suggest Kodak Professional Endura Metallic VC Digital Paper. The only problem is that the paper is very expensive and very hard to get hold of. I found a typical roll of paper would set you back between $100-200.

In addition, finding a high quality printer that wouldn't smudge is also a problem. Overall if you don't own the greatest printer, you might be better just asking an external company to do everything for you. I found that companies charge from around $10+ per image depending on size. 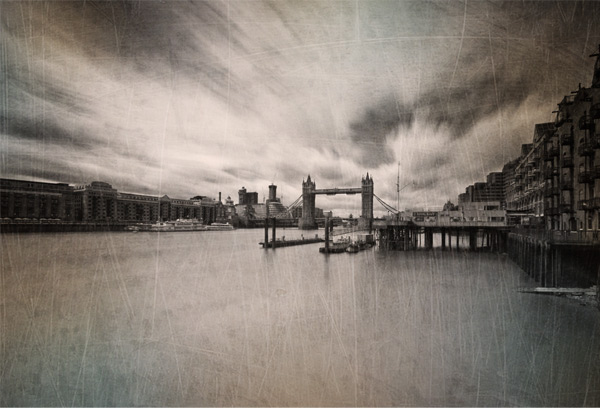 Compared to the original process, everything is obviously much safer in Photoshop (no horrid chemical spills guaranteed!)

Feel free to post up your results - we'd love to see what you come up with. 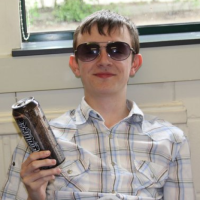