Cross processing gained popularity in the 1960s, as an effect created by purposefully using the wrong chemicals to process film. There are many variations of cross-processing, but the most recognizable attributes are the darkest parts of a photo becoming blue, with the photo taking on a slight general yellow tint.

Cross processing can be reproduced using Photoshop's curves and levels to alter a photo's tone, and in today's Quick Tip we'll be explaining just how to do that!

First, add the new adjustment layer where we will start adjusting the color tones of the image. Go to Layer > New Adjustment Layer > Curves. 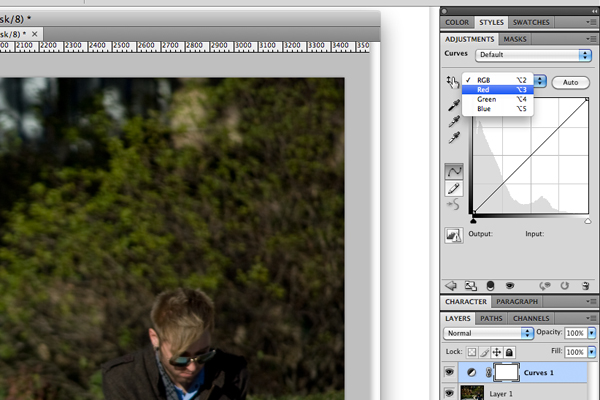 This will bring up a new histogram showing the the distribution of red tones in the image. Clicking on the histogram will create a new control point that is draggable to create a different line and therefore, different tones.

Click where the arrows are pointing to create two new control points.

After creating the new control points, dragging them will create a curve. The curve from left to right dictates the intensity of the red tone in the shadows and highlights of the picture, respectively.

Drag the control points so that the red curve looks similar to the picture below:

From the drop-down menu used to select the red curve, select the green curve and follow the same method described previously to produce a curve like the one below:

As you'd expect, the process for the blue curve is similar. After selecting the blue curve, the end points need to be changed to create certain thresholds for blue tones.

The arrows on the graph signify where the locations of these control points are. After moving the endpoints, create new control points to create a curve that looks as follows:

The next step is to experiment with the lights and darks using a Photoshop's levels adjustment. This effect gives the photo the finishing touch to look similar to a cross-processed image. Add a new adjustment layer to your photograph by going to Layer > New Adjustment Layer > Levels.

For this final set of curves, a big cutback in highs gives the photo a signature cross-processed look. Enter 6 and 193 into the left and right boxes, respectively.

After adding the levels adjustment level, your image is finished. Toy around with the settings to get some other great cross-processing effects, and thanks for reading this Quick Tip! 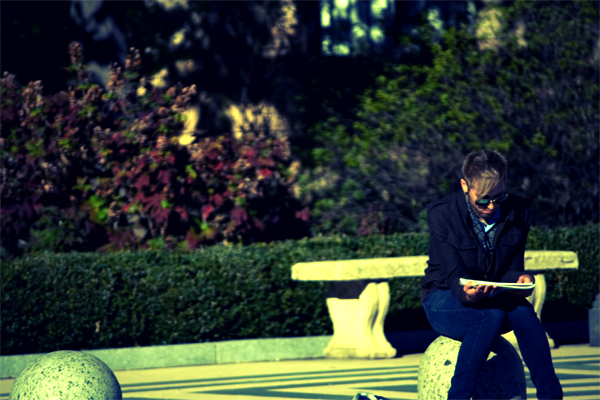 Here are a few other sites and articles which provide interesting reading on this topic: 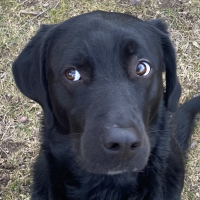 Christian Benincasa
I'm current a student at Drexel University in Philadelphia majoring in computer engineering. I'm also an amateur photographer and have been shooting for about 4 years and I love every minute of it! You'll find Christian over at his blog.
Weekly email summary