Ever returned from a shoot, and kicked yourself for not taking the right filter with you? Although Photoshop often can't quite achieve the same effect, it can come close. Today we'll outline the very basic technique behind replicating the effect of a Graduated Neutral Density filter in Photoshop.

What is a Graduated Neutral Density Filter?

"A Neutral Density filter allows a photographer to control the exposure in an image very easily. The filter stops light reaching the camera sensor, therefore allowing us to leave the camera with a higher aperture for a longer amount of time."

A graduated neutral density filter allows you to simply apply the effect on the top (or bottom) part of the image. You can read more about this in our Phototuts+ Quick Tip on this topic.

I am using Photoshop CS5 and in this Quick Tip, and I use some of the new features available. There are other methods to achieve the same result in older versions, but be aware these often take longer.

If you don't own Adobe Photoshop, you could try a similar process using GIMP, a free image editor.

The photo I am using I have chosen because it is not perfect in any way shape or form. We are going to improve it using very simple but often overlooked techniques. You can download the image from Stock.xchng to follow along if you'd like.

Points to note about the image:

Select the gradient tool (found on the same tab as the fill tool), and make sure the colour black is selected.

We need the gradient to go from black to transparent. You will be able to select this option from the drop down menu at the top. Make sure the linear gradient button is selected (it is normally set as default).

On a new layer (Layer > New > Layer) from the top, hold down the shift key and then draw a gradient covering the sky on your image. 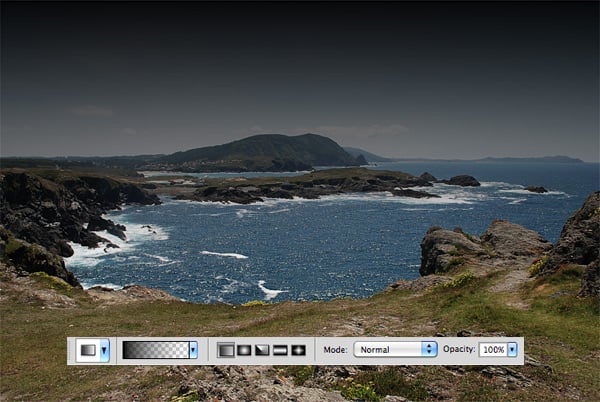 Set the gradient layer to "overlay", and then use the transform tools (CMD + T) to control the scale of the gradient. You'll also need to lower the opacity until you're happy with the result - we don't want something that's too strong!

In darkening the sky, we have caused two big problems with our image. First of all we have now made the vignette even stronger, and secondly the lens flare is now considerably more visible.

Under the custom settings panel there should be section labeled Vignette. In this panel we are going to increase the slider until the effect brightens the image enough to remove the vignette. Its not a perfect solution, but it's a huge improvement. Play with the settings to get a perfect result. 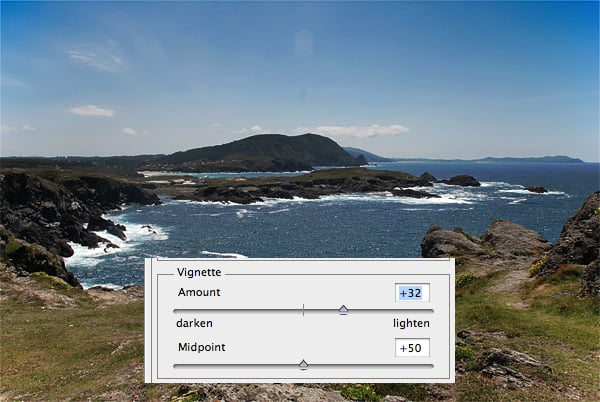 If you are using CS5 then simply use the selection tool to select the flare and then use the content aware fill in order to remove it.

On previous versions you still have the power of the clone tool, with which you can clone the area next to the flare and then cover over the flare. 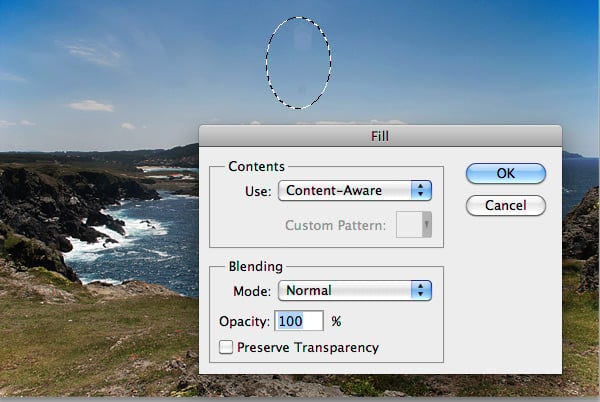 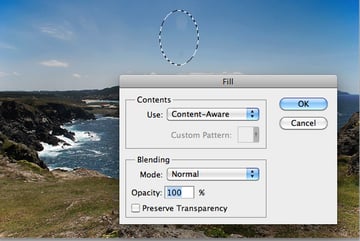 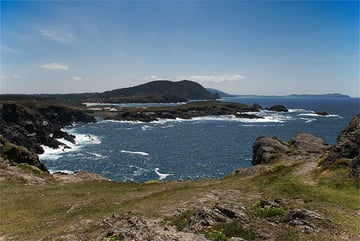 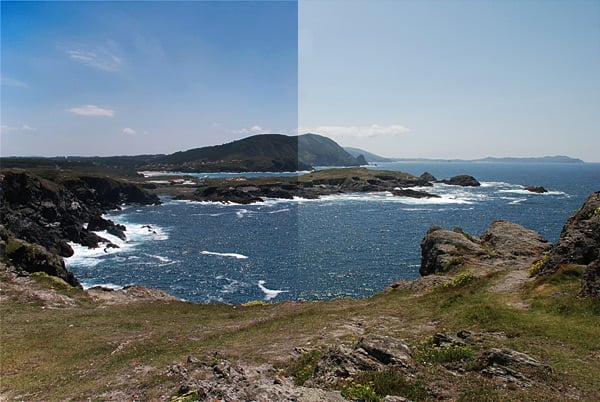 Comparsion of the end image with the start image.

It's as simple as that. Effectively we are just using a gradient inside of Photoshop rather than using a gradient on the filter. The important thing to remember is not to over-do the effect. In my example, I've made the gradient very pronounced to show what's possible.

Is this something you're tried in the past, and do you think it's a viable replacement for using an ND Grad filter at the time of shooting? Let us know in the comments!

Peter Sawyer
I am a freelance graphics designer from Ipswich in the UK. I have a huge interest in the web and have been pottering with websites for years. Speaking of which don't forget to go check out my latest: http://PSDtutorials.co.uk. or on twitter http://twitter.com/#!/peewee1002.