Solarisation occurs when a photographic print is partially developed, then exposed to white light. With our digital darkroom we are going to recreate the effect in a few easy steps.

Solarisation (often spelled Solarization) is the effect in photography in which the image recorded on a negative (or on a photographic print) is wholly or partially reversed in tone. Simply put dark areas appear light and light areas appear dark.

It is impossible to recreate with a digital camera without editing software such as Adobe Photoshop, Elements or The GIMP. In this tutorial, we are going to use Photoshop, but you should be able to follow a similar workflow in other editing software.

You might at this point think, hang on a second Adobe Photoshop has a solarise filter. (Filters > Stylize > Solarise).

Lets just say its pretty awful for creating a realistic version of a solarisation image. The image below shows the result of the filter on the right hand side, which looks nothing like the real thing. 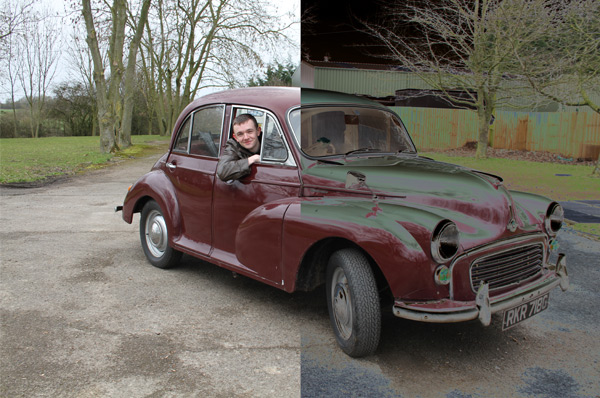 Can you name the car and year it was made? Bonus points if you know!

This was shot on a Canon 7D with a Nissin flash off-camera to the side, making sure the shadow was low.

I held a white background behind the flower. The result is below. 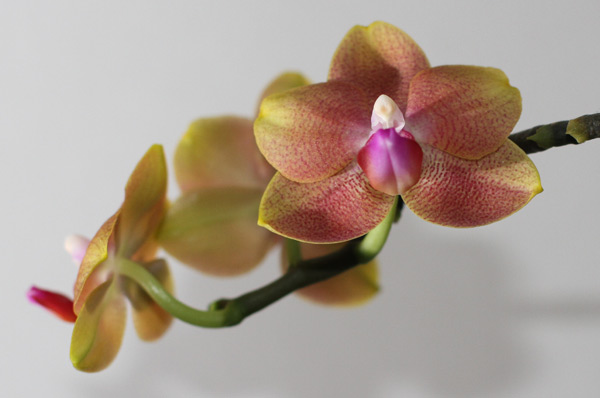 The first thing we are going to do is to turn our colour photo to black and white.

Everyone else: Layer > New adjustment Layer > Hue and saturation. Then move the saturation slider to the left to remove all colour.

The curves adjustment layer is the most important and only tool we really need. Either pick it from the Adjustment Panel Tools Palette or go Layer > New adjustment Layer > Curves. 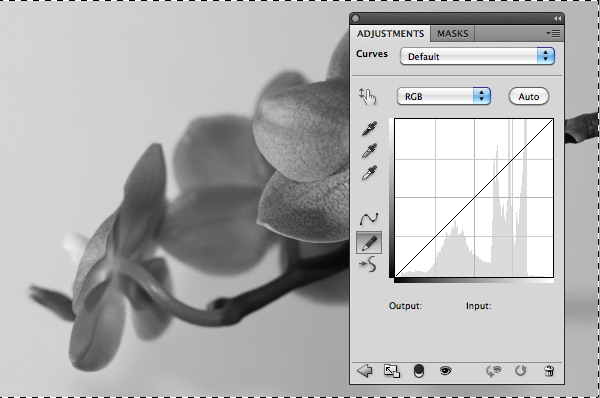 You then need to draw an inverted V.

Start at the bottom left, click once at output 0, input 0. Then hold down shift and then click again in the center at the top. (output 255, input 127).

Then finish off by clicking the bottom right hand corner. 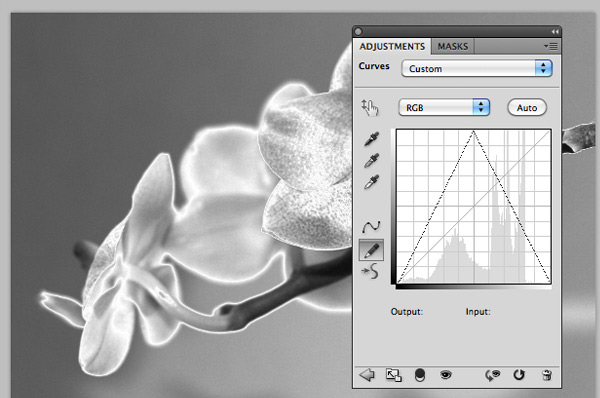 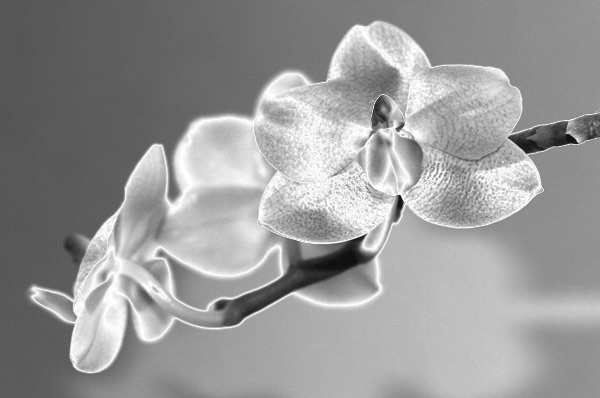 Create another curves layer. This time we are going to use the normal wave tool.

Manipulate the curve to lighten/darken your image. At this stage every single photo will be different.

As you can see in my example I only slightly darkened my image, small bend but a large effect.

Now because we are using digital technology we can also colour the image if we choose to, rather than leave the image a boring B&W.

Duplicated the original image and then place it on top. Change the transfer mode to color. Reduce the opacity if needed, I placed my on around 76%.

Step 6A- An Extra Step

This step is completely optional. I personally think it brings out the lines in the image slightly more than before.

Then go Image > Apply Image. This copies your current work into a single layer.

Head to Filters > Stylize > Glowing Edges. Then copy the settings in the image below. 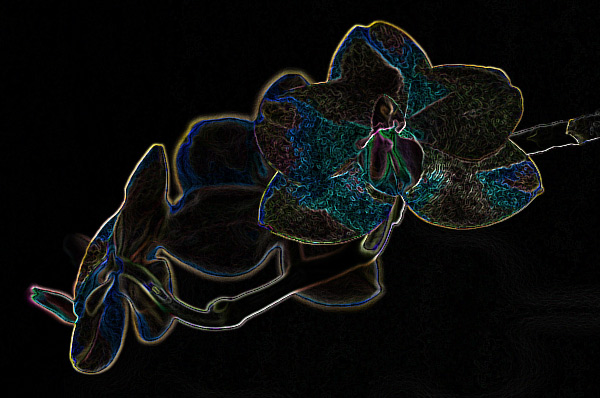 With the layer selected, hit CTRL or CMD + I. This will inverse the layer.

Then change the layer style to multiply. Reduce the opacity to somewhere between 20-50%.

On a new layer, apply the image. (Image > apply image).

Use the burn and dodge tools to make the background stand out and keep the subject in focus. 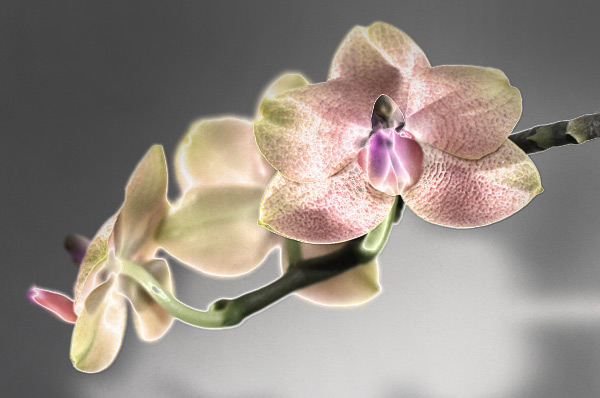 This image was shot against a wooden background with different patches of shadow and light. No colour layer applied. 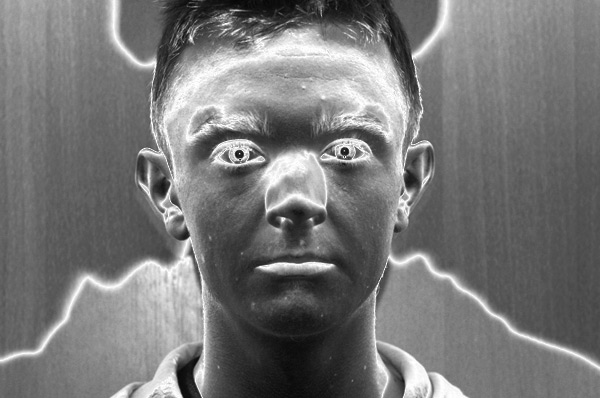 For this image the lines were strong enough so I didn't add the glowing lines effect. I also removed the colour from every other object other than the driver (myself) and the car.

With thanks to Harvey Yallop for the image and use of the car.