Recently, we took a look at how to create stunning high key images in a studio environment, producing bright images with an emphasis on beauty and clarity. Today we'll jump to the other side of the lighting spectrum and examine what low key lighting is and how you can achieve it in your own work.

What is Low Key Lighting?

Low key refers to a style of photography that utilizes predominantly dark tones to create a dramatic looking image. Where high key lighting seeks to over light the subject to the point of reduced contrast, low key lighting intensifies the contrast in an image through intensely reduced lighting. 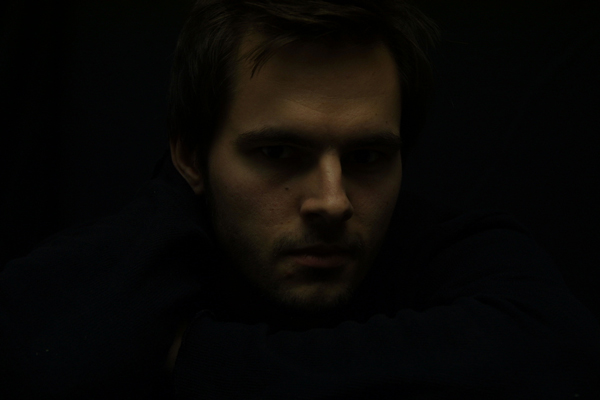 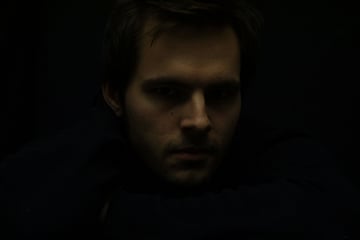 You can find more examples of low key portraits on Envato Market.

The key here is not just to produce a dark image but to use lighting very selectively so that only specific portions of the image are illuminated. Normally as a photographer, you spend your time trying to avoid harsh shadows, especially on faces and around the subject's eyes. For this reason, shooting low key can actually be a fun change of pace.

Instead of avoiding intense shadows, you'll have to consider them as the primary element of the composition; one that defines the mood of the entire photograph. The trick then becomes manipulating your lighting and the positioning of your subject so that the shadows fall in just the right spots to create the look you want.

Artists recognized the power of low key lighting long before photographers came around. Painters during the Renaissance and Baroque periods often used a technique known as "chiaroscuro" to achieve a similar dramatic tone for their images. Chiaroscuro comes from the Italian "chiaro" meaning clear/light and "oscuro" meaning obscure/dark.

Chiaroscuro was used not only for drama but also to bring realism to a painting. The varied lighting creates a sense of three dimensional depth that can be quite stunning. 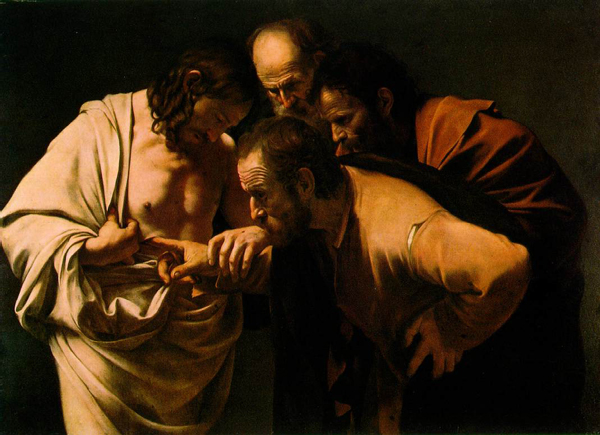 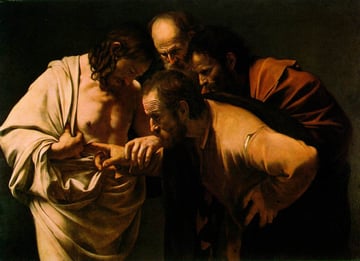 One of my favorite artists that utilized this technique was Caravaggio. He created several works, such as The Incredulity of Saint Thomas (seen above), that really capture the essence of what chiaroscuro was all about. Other great examples of artists who used this technique include Gerrit Van Honthorst, Tintoretto, El Greco and even Rembrandt to a lesser degree.

Low Key in the Studio

If you have your own photo studio, there are lots of ways to setup low key shots that will give you fantastic results. First, make sure you have a large black backdrop. As a general rule, try to avoid hitting with any lights in such a way that it shows texture, wrinkles, etc.

You can definitely have a low key portrait with other types of backdrops, but this will help you achieve that classy solid black look that comes to mind when you think of low key photography. 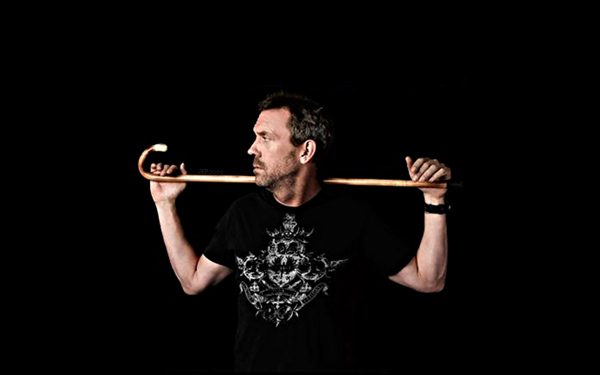 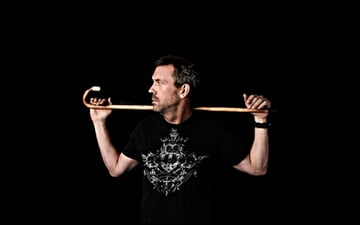 For an easy and affordable setup, position your subject a bit away from the backdrop and use a single flash off to one side. Also, make sure you turn the power way down on the flash so it doesn't blow out your subject too much. 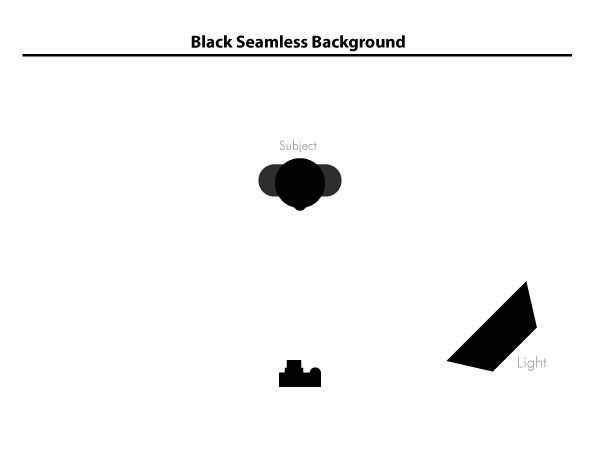 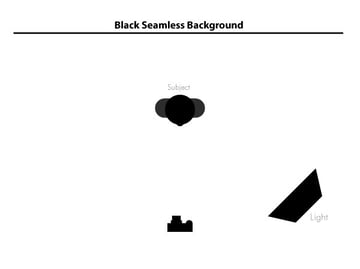 This should give you fairly dramatic results with all the lighting biased towards one side of the image as in the example below. Notice how a little bit of the backdrop is illuminated in this image. Depending on your specific preferences, this could be either desirable or something to watch out for and try to prevent.

If you want to provide a little backlighting, consider dropping in a reflector and/or placing another flash well behind the subject and off to the side. This will give you some nice hair light and can often create a sort of halo effect. 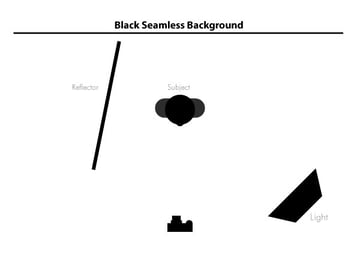 As always, don't expect to nail it on your first shot. Play around with different locations for both your light and your subject as well as different intensities for your flash. Resist the urge to think too much about what you can pull back out of the image in Photoshop and try to create the results you want up front. Getting into this habit will force you to learn the ins and outs of your equipment better and reduce the time spent in post-production.

If you're not lucky enough to have your own home studio, fret not. There are still plenty of ways to get a decent low key shot on a shoestring budget using only your camera and common household resources.

One trick that I've seen quite often is to use a two room setup with a door. The main room should be one that you can get completely dark, preferably with no windows or other natural sources of light. With the room as dark as you can make it, position your subject somewhere in front of the door. 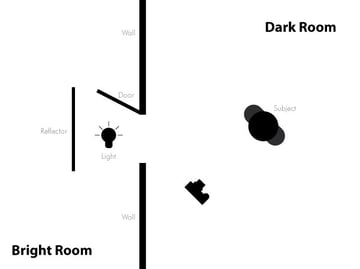 You might also want to setup some sort of reflector card behind the light as in the image above. You can use posterboard , paper or something else cheap that you have around that will bounce the light effectively.

Another take on this same setup is to use a window instead of a door. This is a little trickier as a window tends to light up the entire room but can be accomplished with great results under just the right conditions and by using a thick window shade to soften the light.

Another great way to get some nice low key shots without spending a fortune on lighting is to venture outside at night. Here nature takes care of the darkness element and you need only find a good light source.

For low key shots, the camera settings can actually vary quite widely. The trick is to minimize the light entering the camera while not making everything too dark. To illustrate, let's take a look at some actual shots along with their respective settings. 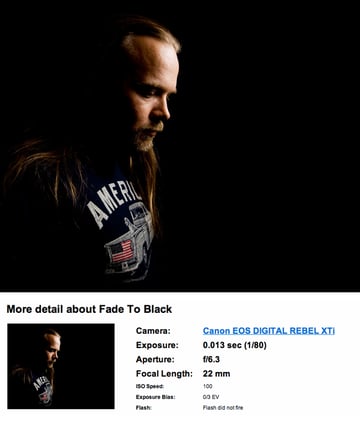 Here we see a nice solid black background and one primary light source. From the Flickr properties we can see that the exposure is at 1/80 sec, the aperture is f/6.3 and the ISO is at 100. Normally an ISO that low would produce an image that's too dark under anything but decently bright conditions but here dark is exactly what the photographer wanted and the flash in conjunction with the reduced shutter speed served to fill out the areas that he wanted to expose.

The bonus of shooting at ISO 100 is that the image quality stays high and void of color noise, which has a tendency to really stand out against a black background. Let's take a look at one more image and see if we spot any similarities. 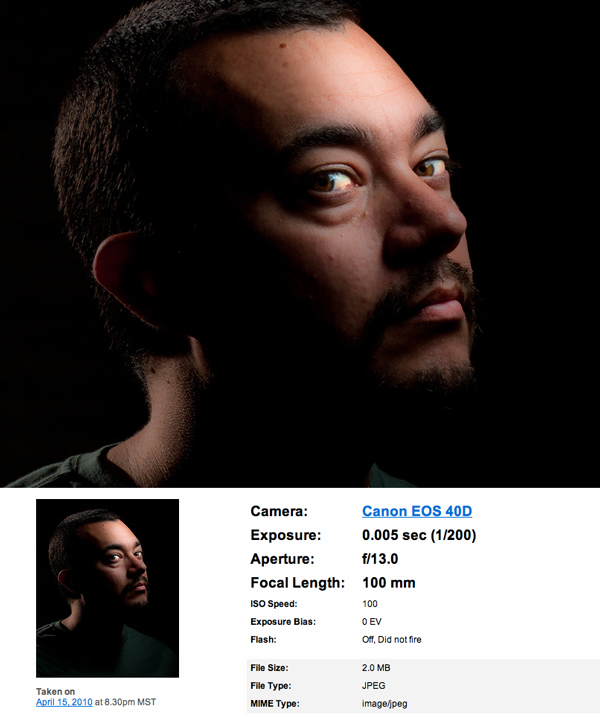 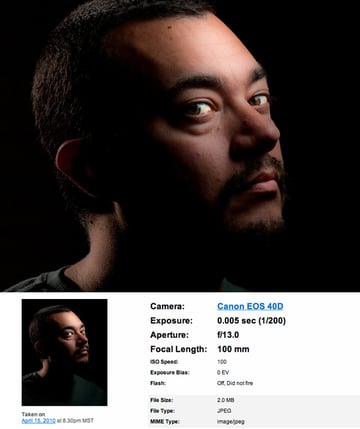 As you can see, even though this image is brighter, it was actually shot at 1/200 sec, significantly faster than the previous image. Although the aperture is letting in less light at f/13, the ISO is the same and it looks like there's more available light in the scene. The extra light enables the photographer to shoot at a faster shutter speed while still pulling in plenty of detail.

The primary takeaway from these two images is to try your best to keep your ISO around 100-200 to keep the image both dark and noise-free. You'll have to then play with your exposure and aperture to achieve the desired effect for your particular lighting setup.

The example images above are primarily portraiture, but you should definitely not stop there in your experimentation with low key lighting. Low key is excellent for product shots and anything else you really want to make look cool and stylish. Here are a few more images to get you thinking outside the box. 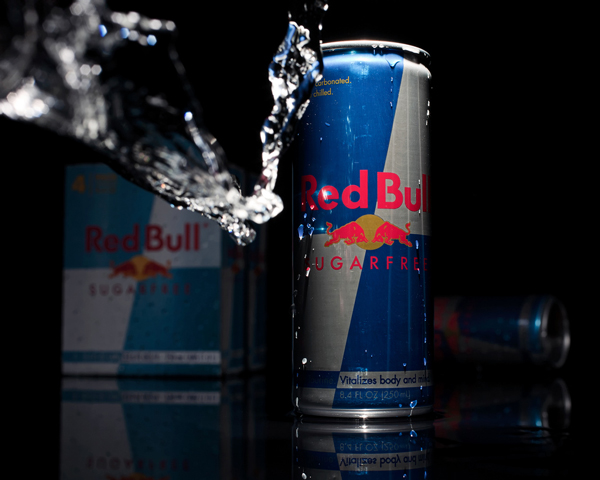 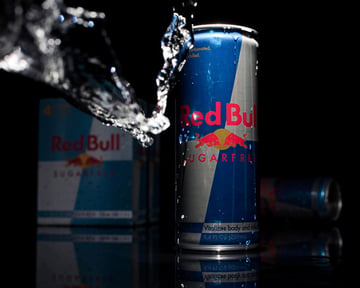 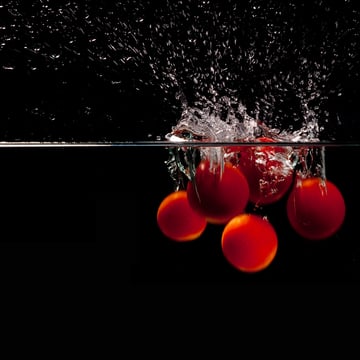 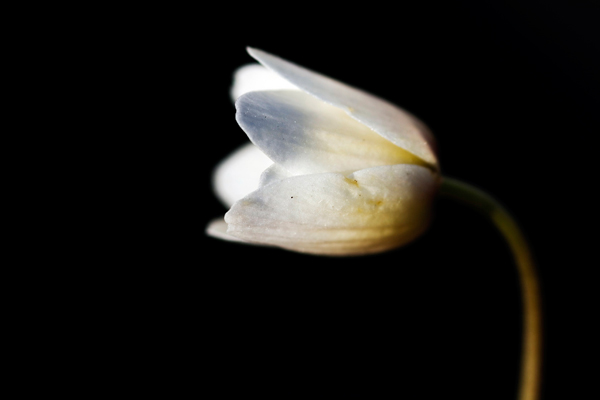 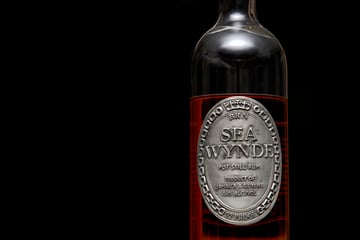 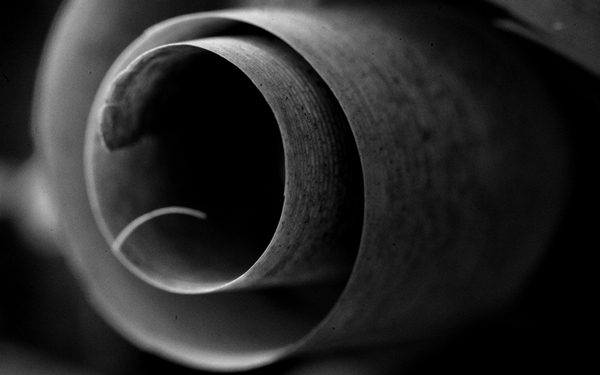 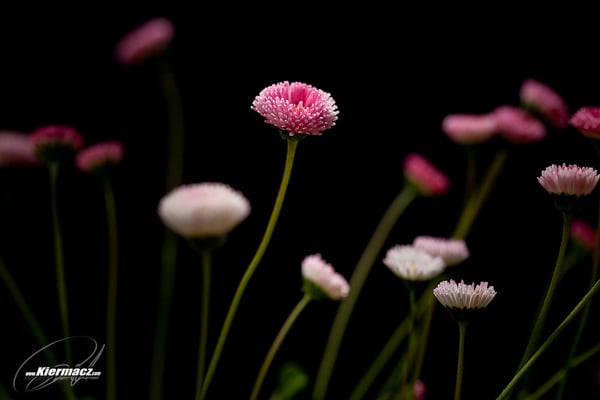 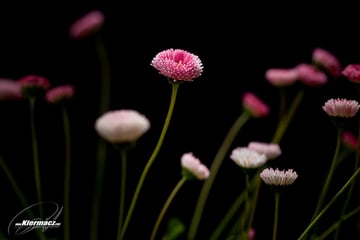 To sum up, low key lighting is a highly dramatic way of enhancing the contrast in an image that has roots tracing way back to the Baroque period and beyond. You can achieve this effect indoors with studio equipment or some ingenuity and outside at night in a dark area with a well-placed light source.

As always, we want to give you an opportunity to show off your work. Leave a comment below with a link to your low key shots along with a quick explanation of your lighting setup and camera settings.

LightingPortraitStill LifeProductStudioLow Key
Did you find this post useful?
Yes No
Would you like to provide feedback (optional)?
Cancel Submit
Want a weekly email summary?
Subscribe below and we’ll send you a weekly email summary of all new Photo & Video tutorials. Never miss out on learning about the next big thing.
Sign up