When photographing tiny little flowers I sometimes have problems with the size of the light modifiers I need to use. Recently the Rogue Grid became my smallest softbox, and it just works great. 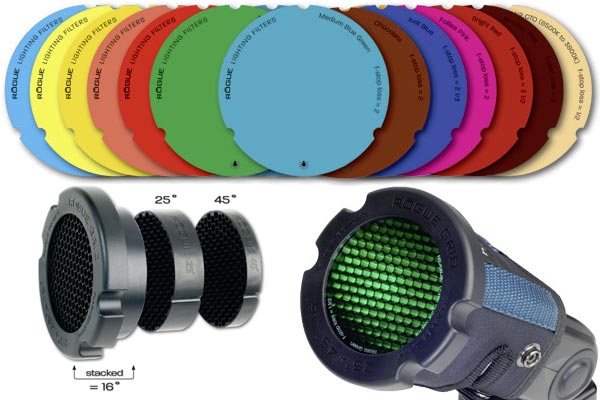 The Rogue Grid is a honeycomb grid that can take a collection of LEE Filters.

Softboxes, even small ones, are sometimes too big for photographing small flowers. Whether because they're emerging from the middle of vegetation that cannot be moved away or at a position that does not let me place light at the exact point I want, I tend to have problems placing my lights for that kind of shots.

My studio: a vase on the windowsill, with the Rogue Grid and flash on a Justin Clamp above the flower to be photographed.

I do a lot of photography with flowers in the wild but also in vases, as we tend to buy, grow and nurture some flowers both to embellish our home but also for my photography fun. I can spend hours sitting in a corner just experimenting with different flowers we have at a certain moment. And using bare flashes, softboxes or umbrellas is not exactly easy with some of those pictures. 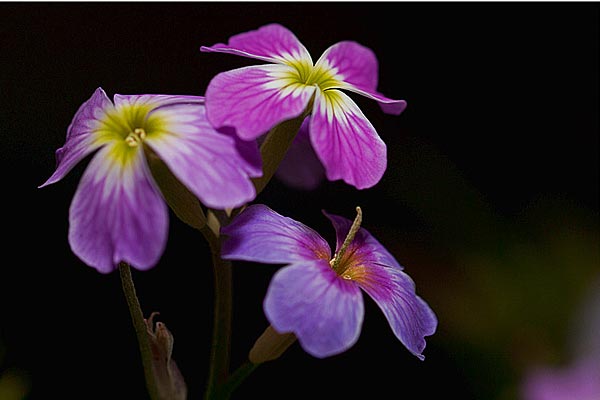 Thinking Outside the Grid

When some months ago I received a kit of the new Rogue Grid from ExpoImaging to test, I decided to try something different. Their Rogue Grid was made to work as a honeycomb grid, providing angles of light of 16, 25 and 45 degrees for photographers that want to travel light and need that kind of effect. With 92x30mm (or 3.6x1.2" if you prefer) and weighing just 100 grams (3.5 oz), the system packs in a small pouch and is an interesting light modifier.

When attached to a light source, like an off-camera flash, the Rogue Grid creates a spot of light with a gradual fall-off, useful for adding dimension and depth to an image or for highlighting important features. It is used for hair lights in portraiture and for backgrounds, helping to draw attention to an object, texture or color. The angle of the grid determines the size of the spot projected forward, with smaller degree grids producing smaller spots, and larger angles producing larger spots.

The macro lens lets you have absolute control of depth of field, creating a "sketch" of an open flower behind the main subject. Exposure at 1/400 at f/8.

A Rogue Amidst the Flowers

But for me the most interesting feature was the size of the system. I could not resist to try it on flowers, and not just for the light control itself, but also because, being so small, the Rogue Grid is easy to place close to flowers. Or any small object, in fact. 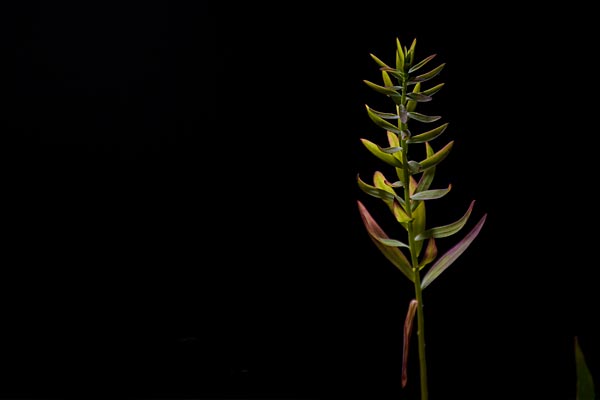 I've used the kit but I must admit I've mostly been playing with one of the filters: the Heavy Frost Diffusion, that cuts 2 stops on exposure and kind of softens the image to my liking. With that gel and one of both grids on, I can not only control the angle of light but also its intensity and softness. I've tried the kit without the grids and it does not work the same way, because the filter cannot be kept in place on its own and light seems to become too harsh (remember I am working at very close distances). With the grid on it is perfect for some close up work, and lets me control the angle of light, so it creates some nice effects.

Another image showing the "studio" where the shots were done.

For practical reasons and so you know how to do this at home, I publish some images of my “studio setting.” Again, the high-speed sync that I love to use lets me control how much of the background shows on different images. And the placement of the kind of honeycomb grid snoot from ExpoImaging lets me define exactly where I want the light to shine. Try this, it’s not so difficult and it can be lots of fun. And you’ll learn a lot about light.