by Cameron KnightJul 29, 2010
Read Time:10 minsLanguages:
Composition
This post is part of a series called Composition.
6 Elements of Design for Striking Photographs
The Theory and Psychology of Framing Your Image

Composition can simply be defined as how elements are arranged in a photo. You can choose to stand far away or move close up. You decide what type of lens to use. The basic skills of composition can be learned and practiced, and this tutorial is meant to add some tools to your arsenal, because compositional elements are just that, tools. Each one of these sections is a little trick that can apply to different situations. So let's get started!

The phrase "rule of thirds" is thrown around a lot in photography, and I have heard at least five different versions of the rule. Here are two interpretations.

One, make a tic-tac-toe board over your photo. Your main subject or an important feature of the subject should be at one of the intersections of two of the lines.

Two, divide your photo into thirds horizontally and vertically (same as above), your subject should be in 1/3 of the frame either horizontally or vertically, not both.

So basically, it's generally a good idea to keep your subject out of the middle of the frame. Now that wasn't so hard was it? As you can see in the photo below, the subject lands at an intersection of the lines. This lets your eye flow back into the frame to reveal the environment where the child is playing.

When shooting photos, it is often like being on a treasure hunt. You look for compositional elements. You seek them out. While the rule of thirds is a compositional tool that you control by framing up an image, the concept of repetition of form is something you look for and find. You can apply the rule of thirds in almost any situation, but repetition of form will not always be available.

That being said, repetition of form is basically just that, repeating shapes. Think of things that you see everyday; a row of flags or boxes, a line of children, a bunch of balloons. When you encounter these things, shoot the photo to emphasize the repetition. The photo below shows two sets of hand folded in prayer. I think the symmetry of the image shows unity and balance. 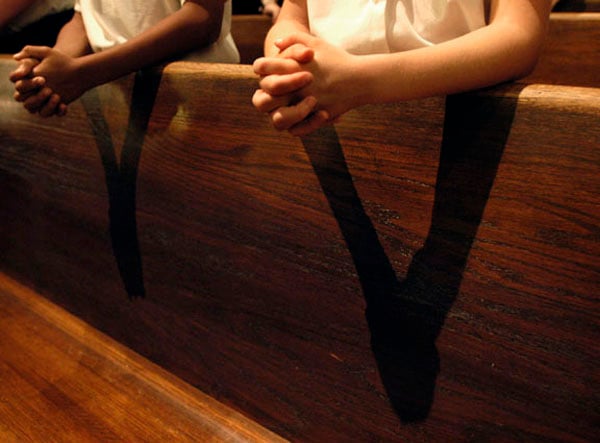 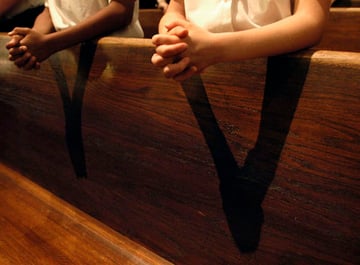 Using leading lines is like repetition of form in that it is a compositional tool you have to seek out and look for, you cannot just apply it at will. Any strong lines that are in your images will lead the viewer's eye from one end to the other.

The eye naturally follows lines. Imagine railroad tracks with a person walking toward you along them. The lines of the tracks will lead your eye to the person. Look for the edges of shelves, stripes on the road, even telephone wires or a fence. Arrange the lines so the go to your subject.

As in the example, the photo below uses railroad tracks to bring your eye from the railroad worker to the train wreck behind him: 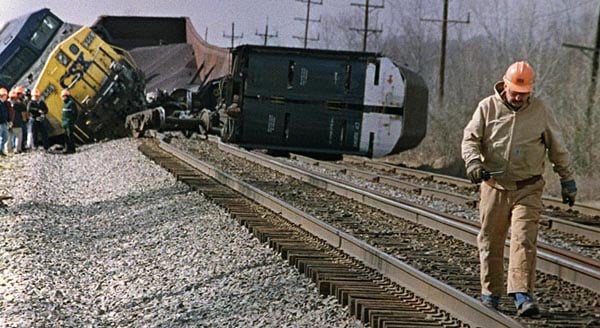 People frame and mat photos to emphasize them, to draw attention to them. You can use this same technique within photographs. It's sometimes easier to think about this technique in a different way. Think about it as shooting through objects - look for things to shoot through.

Look for windows, slats or holes in a fence, even the shapes that people can make with their arms or legs. When utilizing the framing technique, the smallest movements can make all the difference. A few inches, or even millimeters, can have a profound impact.

As with all of these techniques, and really all of photography, be deliberate in your image making. Think about what you're trying to say and use the tools at your disposal that are most appropriate.

In the next photo, the child is framed between the lines of the abacus. In this instance, I think the framing creates a tension that we all remember from our days of doing math homework. 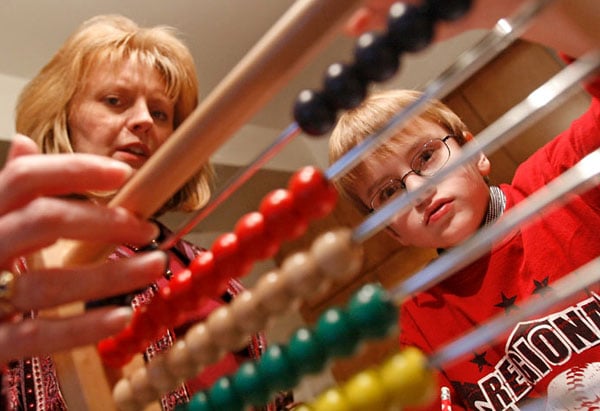 Photography as an art form has some limitations. At reproducing reality, photography can for the most part not show you time. Video can show time, but neither video or photography can show depth (unless you want to get technical and bring up 3D technology). But there are ways around this.

Layering can make your photos seem more three-dimensional. By having something in the foreground, something in the background, and something in the middle, you can create depth to your image. Your subject can be in any of these positions. Having each of the individual layers add information to the story of the photo can really take your work to the next level.

In the following image, the child drawing on the ground is the foreground element, but the children behind him add an additional layer. It shows that he is participating in an activity with others and isn't just by himself. 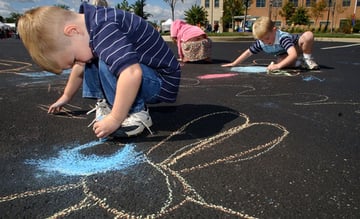 Like the technique of leading lines, the idea of bright spots (sorry it doesn't have a more official-sounding name) describes the natural behavior of human vision. People's eyes are naturally drawn to the brightest part of the image.

This can be good, such as having a light face on a dark background. But this can also cause problems, such having a bright lamp in the background when your subject isn't lit as well. You can use this knowledge as part of your compositional technique, but it is also just a good idea to keep this in mind while your shooting to avoid a distracting problem in your image.

In the photo below, this technique is exaggerated because the subject in very bright light wearing colorful clothes while the rest of the image is very dark. 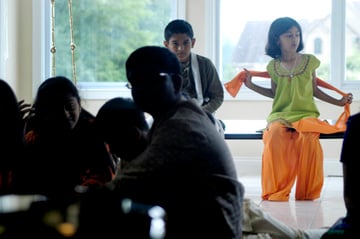 The term negative space refers to large areas of blank, empty space, usually contrasting in color, tone, or brightness to your subject. This technique creates a dynamic separation. Depending on how negative space is used, it can create tension or unity in an image.

There are several famous pieces of art and photographs that utilize this technique, but again, it's usually something that has to be found or created in a studio. 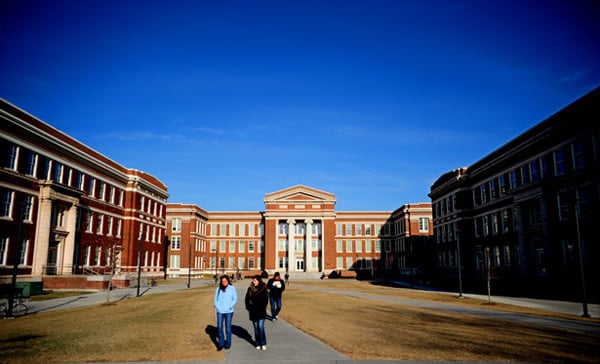 While our eyes do have to focus on things at different distances, they do it very quickly and we normally don't notice that things closer or farther away from what we're looking at are not as sharp.

A camera operates differently. A good photo can be many things, but often it is a photo that shows the subject to the viewer in a way that the viewer doesn't typically see it. We don't notice what our eyes are focused on in our daily lives, so appropriately choosing and emphasizing focus can work to your advantage.

If you're unfamiliar with the term "depth-of-field," it is a little hard to define, so I won't go into it here, but it is not hard to find information about it. In the photo below, I used a shallow depth-of-field, selectively focusing on the girl to draw attention to her and separate her from the environment.

Continuing on with the idea that good photos show things to the viewer in a different way, people are used to seeing things from standing eye-level. So it would stand to reason that simply changing the height or angle of view would give your photos an interesting look. Get on a chair and show the scene from above. Lay down on the floor and look up at everything.

This is something people perceive on an almost subconscious level. Adults literally look down on children, and when we were children we literally looked up to adults. Use this to your advantage. You could use it to contrast the obvious, or use it to add another dimension to the story your image is telling.

Beginning photographers will typical choose the focal length (how "zoomed" in or out they are) of their lens based on their distance to the subject. If close to something, they zoom out. If far from something they zoom in.

For the purposes of this tutorial, let's pretend we only have two lenses: a wide angle lens and a "longer" telephoto lens. These lenses have unique characteristics other than how close they make things appear. As I mentioned earlier, a telephoto lens has a more shallow depth-of-field than a wide angle lens when they are both set to the same f/stop and focused at the same distance.

Telephoto lenses also achieve a characteristic called compression. Compression makes near and far objects appear closer together and also closer to the same size. Wide angle lenses allow the viewer to feel closer to the subject (but only if you get in close).

In the photo below, I shot the same scene using a telephoto and a wide angle lens. As you can see by the lines, in both photos, the top of the frame is the girl's head and the bottom is the edge of the logo. For the telephoto image, I moved farther away, and for the wide angle image I moved in very close.

You can see the differences in how the images look, like the relative size of the logo to the girl in the frame and how much of the background you can see. Sometimes it is good to "zoom" with your feet. It can be a good exercise to zoom your lens all the way in and then physically back way up until you have what you want in your frame. On the other hand, you can set you lens very wide and then move in close. 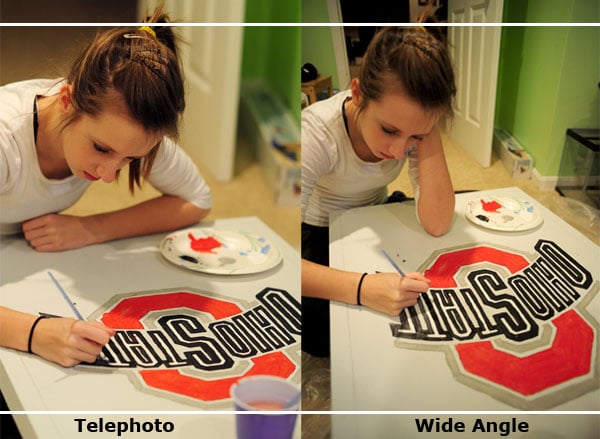 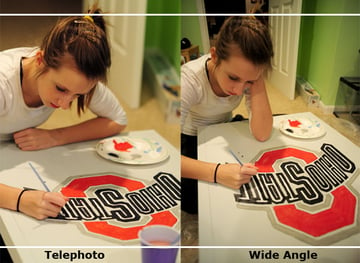 This tutorial probably doesn't cover every element of composition, and it can probably be argued that camera height and lensing aren't strictly used for compositional purposes. That said, I think that with all of these tools at your disposal, you'll have a good foundation to starting making and understanding great photos.

Just remember that rules are made to be broken, not every image has to follow the rule of thirds. But remember to look for those compositional elements that naturally occur in our world, like leading lines and repetition of form. Also remember to show your viewers things in a way that they haven't seen them before.

Now get out there are start composing!