The Theory and Psychology of Framing Your Image

by Diana EftaihaJan 4, 2012
Read Time:7 minsLanguages:
Theory
This post is part of a series called Composition.
Hints & Tips for Composing a Perfect Photo
A Beginner's Guide to Thoughtful Framing & Cropping

Every two weeks, we revisit some of our reader favorite posts from throughout the history of Phototuts+. This tutorial was first published in August of 2010.

Today, we're taking a look at the theory and psychology behind the size, framing, and visual weight of different elements in your photographic composition. You'd be surprised how much there is to learn about this choice, and the impact your decision can have!

Photographs are our visions, created within the viewfinder, composed and registered with a click of a button. Sometimes this initial composition is the final composition, and sometimes it's not. Sometimes we compose our scene with the intent of creating our final vision right at that moment, whereas sometimes we compose a scene with the intent of later cropping or extending our vision.

Most 35mm format photos are taken tightly, composing for the final image. Large formats however, allow us to crop and recompose without jeopardizing the quality of our image. And finally, square formats are less convenient for final compositions and are often later cropped to more desirable ones.

Unlike other forms of graphic art, a photograph has always been bound by spatial dimensions that are limited to the image frame. And more often than not, those dimensions guard and eventually influence the composition of our scenes.

Up until the whole evolution of digital photography, the most common image frame format was that of a 3:2 width to height ratio, which is the standard frame format of a 35mm film with dimensions of 36x24mm. With the advancement of digital photography, the more natural frame format of a 4:3 width to height ratio was soon adopted in low to medium level consumer cameras. This allowed for a more horizontally expanded, naturally viewed image frame especially on computer screens and standard size print paper.

The 35mm film format was subtly transferred into digital photography creating something of a gap between the professional/serious amateur photographer, and other photographers. And its long lived popularity is just a little evidence of how easily our sense of visceral composition adapts.

Our natural vision often suggests a horizontal view (because of the way we naturally observe with our eyes) which may be the most influential reason why photographs are often composed horizontally rather than vertically. Another, less fundamental, reason is the ease of hand holding a camera in a horizontal manner due to build and design.

Positioning Within the Frame

Furthermore, when an object is framed horizontally, it is more convenient for the viewer's eye to be composed off-center, slightly leaning more to one side of the frame. And when an object is framed vertically, it is more convenient if the subject was placed off-center either to the top or the bottom of the frame, with the lower placement being more suitable and natural since it suggests and conveys stability rather than causing a feeling of somewhat downward looking, head lowered sensation. 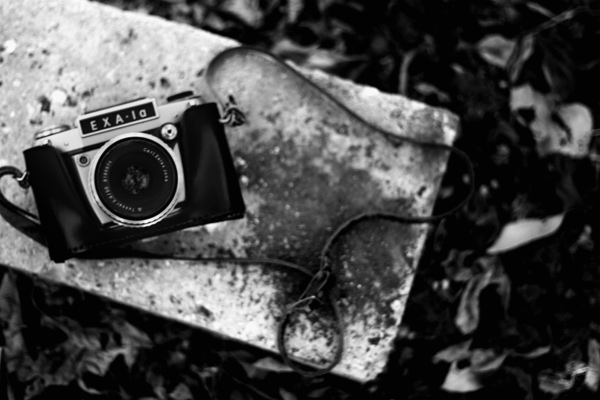 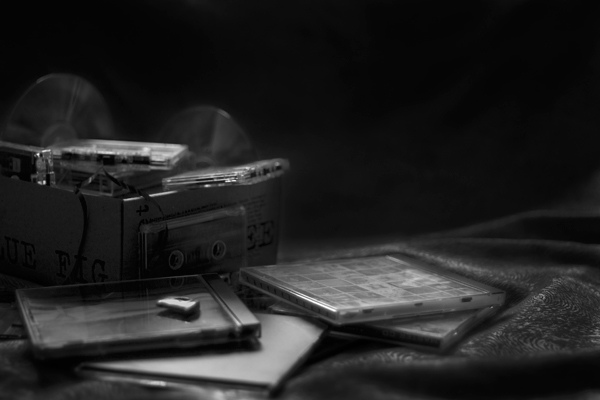 If a vertical subject is horizontally framed, it is often composed towards either end of a horizontal frame so as to motivate the eye to move horizontally along the frame.

Within a square frame, however, this becomes more complicated because of the frame's lack of directional emphasis. Only few cameras actually offer a frame of 1:1 width to height ratio, and it is common for photographers of such a frame shape to compose their scene leaving loose or unused ends for vertical or horizontal cropping later on.

A square frame could, however, sometimes offer an interesting or even refreshing change from the more familiar vertically or horizontally elongated frame shapes. It can even be a more convenient format for symmetrical subjects (such as in the photo below by Elena Erda). 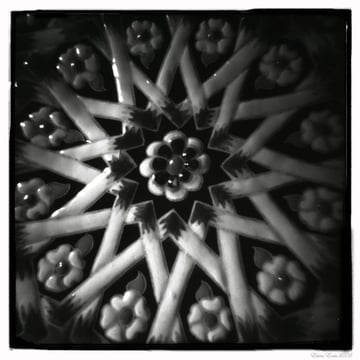 It is important to keep in mind that these ideas are suggestions, rather than actually rigid rules that must always be followed.

Subject Placement Within the Frame

With a Single Subject

When there's just a single subject to be framed, it might seem logical to place it dead centre - with equal empty space around it in all directions. Sometimes this actually works, but the problem with this kind of framing is predictability. It's always worth looking away from this option, and experimenting with positioning the subject at different sides of the composition to see which works best.

This becomes more important if the subject is relatively small in size compared to the full surrounding space. When the subject is off-center, it creates tension within your image. This tension can be described as a physiological force, which in photography gives an extra edge to your photos, conveying excitement and creating drama.

If your subject is off-center, it gives off the feeling that it's either striving towards the center to once again become balanced in a logical place, or that it is trying to move even further away from the center towards the edge of the photograph. Fairly high level theory, I agree, but worth considering!

If there are other subjects to be framed as well, your composition needs to balance these subjects within the frame. I want to show you an example illustrating what I'm talking about, and I really couldn't think of any better example than Trey Ratcliff's famous photo: The Lonely Trinity.

In this picture, you can clearly see how Trey brilliantly balanced his photo by arranging the three main elements of his image in a triangular way, having every two opposite subjects balance each other out, ending up with a pleasing composition: 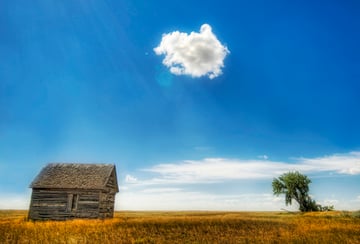 When viewing a photograph, you usually look first at what interests you the most. That said, there are a few undisputable facts that are known to govern what interests viewers the most and what grabs their attention (and in what sequence).

Of course, figuring out how people view a scene is a complex process, but there is a general consensus over what attracts the eye first- either because we tend to relate to these emotionally and personally, or because we unconsciously rely on them to get a feeling or reaction.

For example, faces are known to be the most attracting visual element - in particular the eyes and the mouth. After all, these are what we look at for guessing how people feel, what they think of a particular situation, or how they're going to react.

After that, writing tends to attract the eye the most. Writing conveys a high level of information about a specific situation. Even if written in a foreign language, writing still adds a great aesthetic quality to a work of art simply because of the fact that it represents an informational source or element.

Next comes other elements in the frame, determined by their prominence and the space given to them within the composition.

A visual work of art has always been, and always will be, subject to individual interpretation. Perhaps no artist will ever be able to perfectly direct their audience in the right direction.

What a photographer can do, to help viewers understand the sense of art in their work, is give them a little incentive or push in the right direction by observing and understanding the visual weights of different elements. Using these carefully can help a photo tell a story, engage an emotion, or draw all the readers attention to one particular point.

Diana Eftaiha
Diana Eftaiha is a software engineer. You can visit her website at www.dianaeftaiha.com
Weekly email summary