Maximizing Perspective and Depth in your Photography

Like many inquisitive children, as a youngster I would often ask questions to parents and friends to try and understand the world. More often than not, my questions would be met with a simple and satisfactory response, but on one occasion, I was puzzled by the issue of perspective. I understood that objects look smaller when they are further away, but I didn’t understand why.

‘They are still the same size’, I thought, but yet if they were their actual size, regardless of where I was viewing them from, then the proximity of objects around me would be overwhelming! It was eventually made clear to me that it was due to how our eyes perceive the world around us due to visual angles and diminishing perspective. Now I’m not going to start explaining anything in scientific detail, but what is sufficient for this article is to demonstrate that for me as a photographer, perspective and depth should have a significant role within my work.

Even though we work with a 2D platform, the sense of depth within a shot is vital to our interpretation of the scene within the shot, so here are a few tips and techniques which should help you appreciate the benefits of perspective within photography and how to maximize it within your own work.

There are many ways in which we can involve and enhance the effects of perspective in our work. These are mainly through basic visual and compositional techniques that hopefully won’t be too difficult to grasp and understand.

To really get to grips with this subject, you need to focus on developing your photographic eye, keeping perspective and depth in mind while shooting. It’s essential that you understand the basic principles and tips to fully develop your appreciation of the importance of depth and perspective. To maximize their affect, you need to utilize them and build them into your photographic understanding, so that next time you’re out on a shoot, your eyes will pick up on opportunities to use perspective within your shots.

Learn to use your eyes effectively on a shoot, take in the location, its details and its nuances, and be aware of what is going on around you. 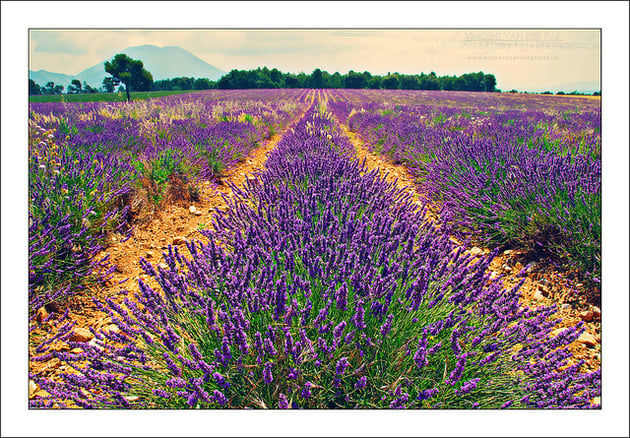 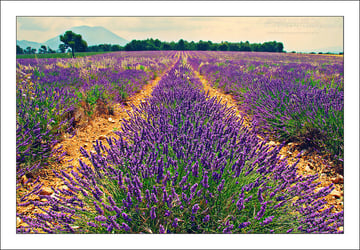 This is one of the easiest and best ways to use depth within an image. Find a location that has a repetition of objects, such as a row of trees, lamp posts or along a wall and shoot down through the repetitions.

To really make the most of the scenario, get right up close to the first object in the line, making it appear very large within the frame. This gives the impression that there is a significant reduction in size through the repeated objects, with the final object appearing insignificant compared to the first. 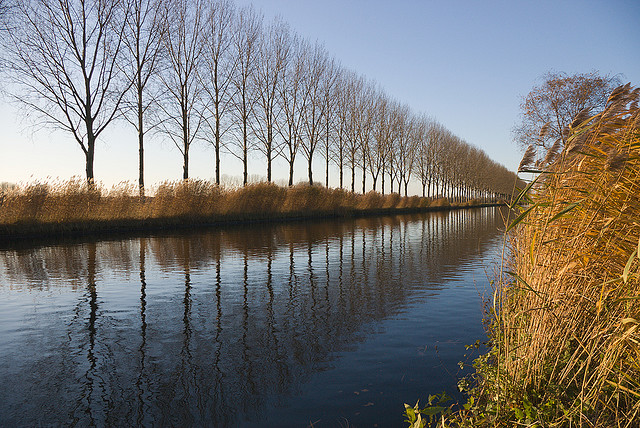 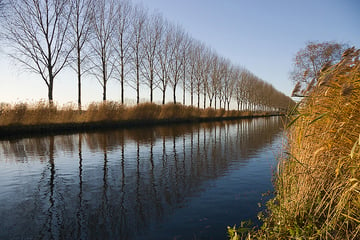 This technique is pretty much as the title suggests, utilizing lines within an image to create a sense of depth. The best way to use this technique is to find two converging lines, such as a train track (although I wouldn’t recommend hanging out on train tracks), and to shoot down the lines.

They will appear as if they are gradually drawing closer together through the shot, as if the distance between them is getting narrower, which not only adds a sense of depth, but also leads the eye into the image. To maximize its effect, try and shoot from a low point, so that the lines appear as if they are starting very wide apart and also aim to include the vanishing point. You will really capture the complete effect of the converging lines. One of the best ways to ascertain perspective within a shot is by gauging scale through the comparative size of objects within an image. As photographers, we can ensure that there are recognizable objects within our images that will aid viewers in appreciating the scale of the shot.

For example, give or take a few inches, a humans are all roughly a consistent size and therefore, if you include a person within a landscape image of a mountain, the viewer will be able to relate the two and judge just how big the mountain is. Similarly, you could use trees, animals, a car or anything that is recognizable and of a relatively consistent size.

This is less of a technique and more of an observation that can be used. When working on a location, depth is perceived to the eye through distance, which isn’t an option within a 2D photograph, but you can use the layers within a scene to imply depth, highlighting that one object is closer to the camera than others within the scene.

You will also notice that different layers within an image will be highlighted by variation of tones, which again, enhances the sense of depth. This is particularly important for landscape shots. You want to portray the breathtaking awe of the scene before you and want to avoid it looking flat and lifeless. By including some foreground interest and layers through the shot, you’ll do the scene justice and capture its majesty!

6. The glass that will make the difference

Along with all of the compositional techniques that will aid your efforts to maximize the affects of perspective and depth within your shots, there are also some equipment choices that you can make that will enhance your work. Using specific lenses will significantly influence the perception of depth within an image.

A wide angle lens will increase the perception of depth by singling out objects and therefore giving the impression of bringing them to the fore of the image. A telephoto lens that is zoomed in will do the opposite, and will compress the perspective, reducing the perception of depth by flattening out the objects within the image. So choose sensibly according to the type of work that you are undertaking.

Altering depth of field through varied apertures is a great way to highlight one aspect of a image to demonstrate it’s part in a continued sequence and place it’s depth within the shot. Try opening the aperture to f/2.8 or f/4 and only focus on a particular aspect of the shot.This will blur out the near and far regions of the shot, and will give the point of focus a sense of depth.

Alternatively, if you’re confident that the composition of the shot demonstrates depth, stop the aperture down to f/16 or f/22 to ensure that the whole of the shot is in focus to demonstrate the length and depth within the scene. 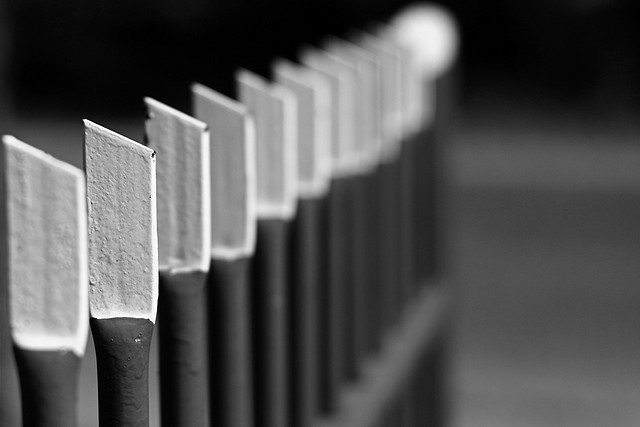 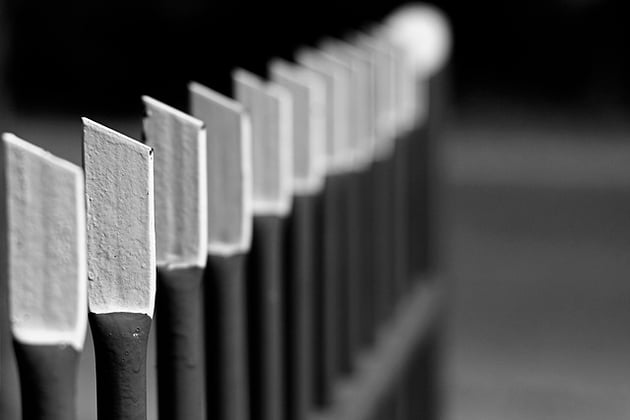 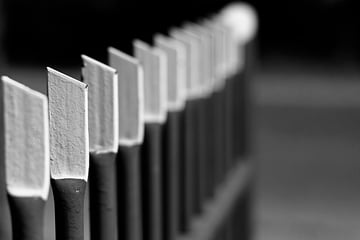 It is surprising how many photographers only take photos at eye level, or at the highest extension of their tripod. If that’s you, you’re really missing out!

Try mixing it up a bit. Get down low, shoot from above, shoot from the waist and most importantly, use your feet! The perspective of a scene before you can vary greatly by shifting a few feet to the right or to the left, so when on location, don’t just pick your spot and stick with it, be sure to explore the area and find the best vantage point for your shot. 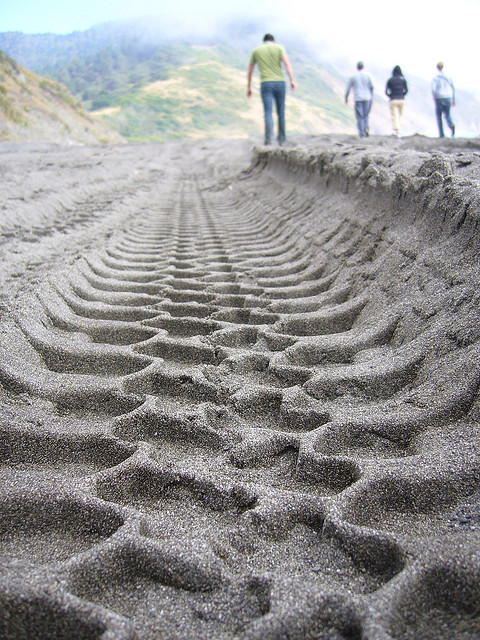 9. Go for the flat approach

An alternative option to the all of these techniques and tips for enhancing depth and perspective, is to experiment with removing all sense of scale or depth from an image, almost to the extent that the viewer will be unable to decipher the scale of the image. You could try creating almost abstract type images of scenes that don’t involve any converging or leading lines, that have very few layers and no diminishing aspects. This will make the image appear very flat, but won’t necessarily mean that it isn’t an engaging or eye catching image, you just have to be creative.

Now it’s time for you to have a go for yourself. Ensure that you keep these tips and techniques in mind next time you’re out and about with your camera so you can experiment with maximizing perspective and enhanced depth within your shots. Utilizing these tips effectively really will make for some dramatic images and remember that practice makes perfect. Keep refining your techniques, and as you find yourself in new locations, you’ll be able to apply these rules more effectively. 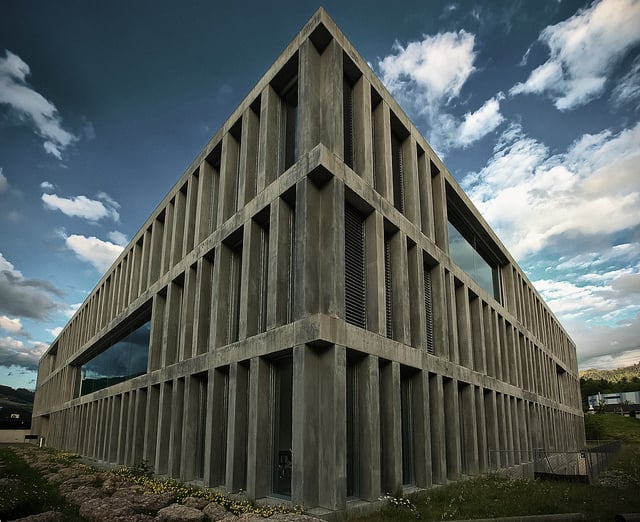 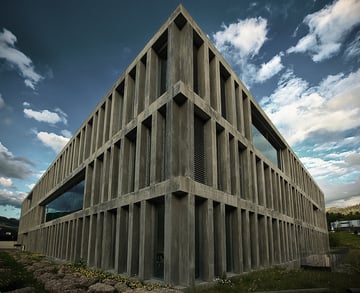 Photo by meckimac
Composition
Did you find this post useful?
Yes No
Would you like to provide feedback (optional)?
Cancel Submit
Want a weekly email summary?
Subscribe below and we’ll send you a weekly email summary of all new Photo & Video tutorials. Never miss out on learning about the next big thing.
Sign up