The Art of Using Aspect Ratios in Digital Photography

There are many facets to the art of composition, but one you may not have thought about much is aspect ratio. Aspect ratio is is a term used to describe the ration between the width and the height of an image. The reason aspect ratio is often ignored is quite simple - the aspect ratio of your photos depends on the camera you use, and we tend to take that for granted.

But technology has changed the game. Now, many of the latest digital cameras give you the option to select from several aspect ratios, each of which has its own characteristics. You can also crop an image to a different aspect ration in post-processing. 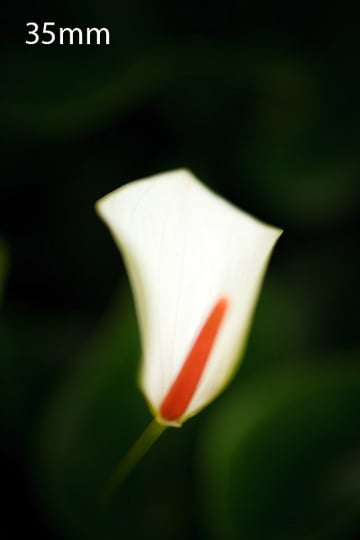 An awareness of the characteristics of the aspect ratio of your particular camera can help you compose better images. It also helps you recognize when cropping to a different aspect ratio will improve the composition of your image.

As mentioned before aspect ratio deals with width and height. It basically describes how square (1:1) or wide (16:9) or image is. It's expressed as a figure, like this: width:height (width always comes first). The aspect ratio of the 35mm frame is 3:2. All fx and dx digital SLRs, regardless of sensor size or megapixels, use the 3:2 aspect ratio. It simply means that the frame is one and a half times as wide as it is high (or the other way around if you turn it on its side to use the vertical or "portrait" format). The photo above, taken with a 35mm digital SLR, has an aspect ratio of 2:3 due to the vertical orientation. 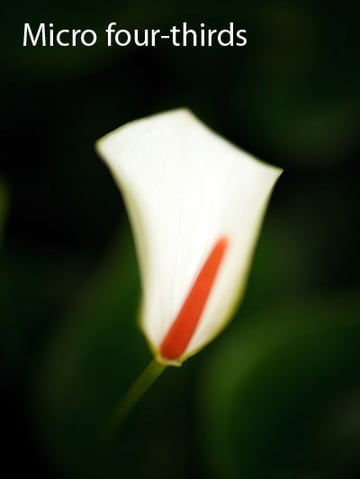 Most digital cameras, with a few exceptions, use one of two aspect ratios. There is the 3:2 aspect ratio of 35mm digital cameras, and the 4:3 aspect ratio used by micro four-thirds and many compact cameras. If you look at the above photo, you will see how the first photo in the article looks cropped to the micro four-thirds aspect ratio. There's quite a difference and for me I prefer the second version as there is less wasted space around the white flower. I'll explore this idea further later in the article.

Film camera users have more options when it comes to aspect ratio, largely thanks to medium format, large format and panoramic cameras which offer more choices of film format.

The aspect ratio of 35mm digital and film cameras, and some Leica medium format cameras, mirrorless cameras and high end compacts. This aspect ratio has been in use as the standard for 35mm cameras ever since Oskar Barnack chose it as the format to use in Leica cameras in the early 20th century.

Used by micro four-thirds cameras, most compact cameras, some digital medium format cameras and medium format film cameras that use the 6x4.5cm format. This aspect ratio is also used by non-widescreen televisions and computer monitors. 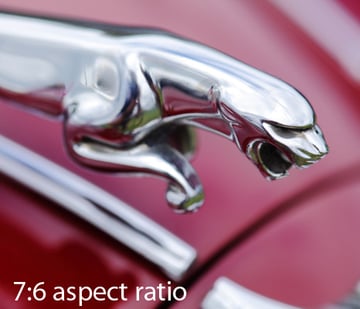 Used by some medium format cameras, such as the Pentax 67 film camera series. These cameras create negatives or slides with a dimension of 6x7 centimetres. Some film medium format rangefinder cameras (such as the Mamiya 7II) also use this aspect ratio.

The traditional square format. The square format is mostly used by medium format film cameras such as Hasselblads, Rolleiflexes and the Pentacon Six TL. It's also used by toy cameras like the Holga and Diana. A couple of manufacturers created square 35mm cameras (with a negative size of 24mm x 24mm in the 1930's and 1940's, but the idea never caught on). The only 35mm square image producers left are plastic cameras made by Lomo and the curious Blackbird 35mm twin lens reflex camera. 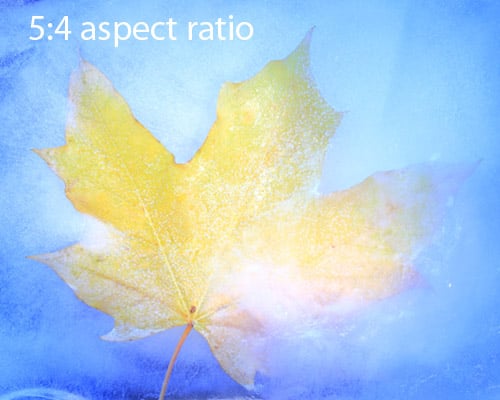 Used by large format cameras which use sheet film in 5x4 inch or 10x8 inch sizes. The larger 10x8 inch cameras have fallen out of favor and now most large format photographers use 5x4 inch film. 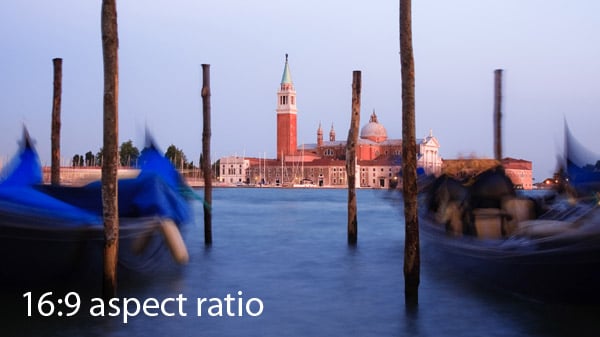 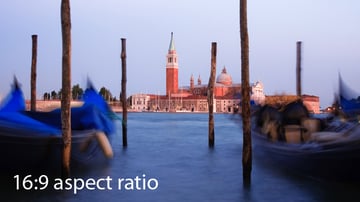 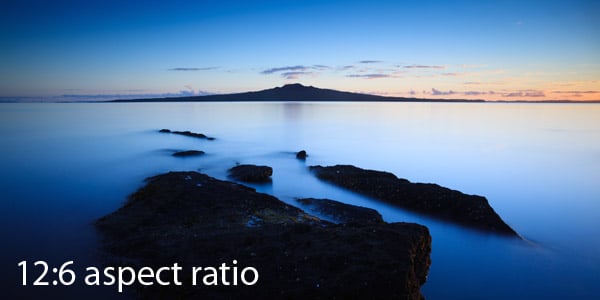 The 35mm format, with its 3:2 aspect ratio, is still the most commonly used format in photography today. The exact reasons why Oskar Barnack chose this aspect ratio is unrecorded, but it could be because it closely matches the dimensions of the golden rectangle.

The rule-of-thirds, that well known 'rule' of composition, is a simplification of some of the ideas about ideal composition within the golden rectangle. 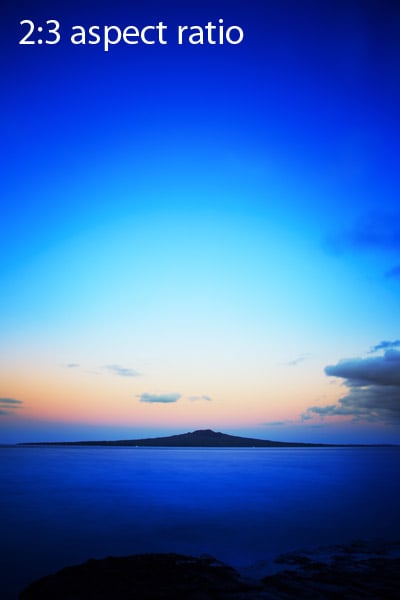 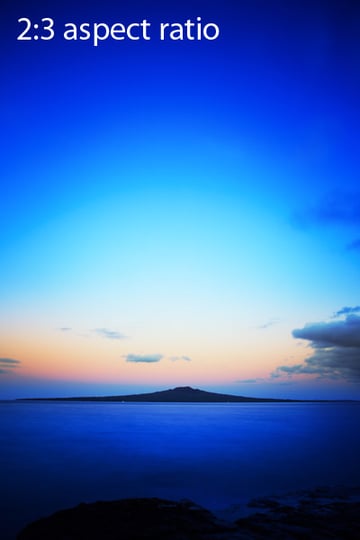 The 35mm frame (or golden rectangle) works well when the camera is in the landscape format, but not so well when you turn it on its side to use the portrait format. The rectangle is too 'long' and it can be difficult to fill the frame effectively. 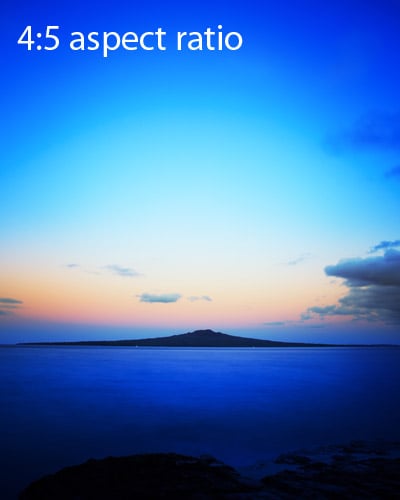 I call this the '35mm problem'. It can cause problems for any subject, but especially in landscape photography, where there is often simply too much sky in the image if you use the portrait format (for this reason I take most of my landscapes in the horizontal format).

You can see this in the above two images. The first image is too 'tall', and the composition is greatly improved by cropping to a 'shorter' rectangle. The photos show the difference between the 2:3 aspect ratio of the 35mm format (remember width comes first) and the 4:5 aspect ratio of 5x4 inch large format cameras.

The '35mm problem' is one of the reasons why many professional photographers, especially landscape photographers, used medium or large format film cameras in the days before digital SLRs became standard. The 4:3, 7:6 and 5:4 aspect ratios are all 'shorter' rectangles and make it easier to compose photos taken in the portrait format. These shorter rectangles also match the dimensions of magazine and book pages more closely than the 35mm format, meaning that photos need less cropping to fit on a full page spread.

Aspect ratios in the digital age

Now that most photographers use digital cameras the '35mm problem' is less of an issue because it's easy to crop your images in post-processing. Instead of cropping arbitrarily, my recommendation is that you crop to a specific aspect ratio (such as 7:6, 4:3 or 5:4). Each aspect ratio has a certain 'character', and this will teach you to 'see' images in these aspect ratios. With practice, you will recognize when the composition of the scene in front of you will benefit from cropping, and you'll be able to visualize when it's beneficial to crop.

The '35mm problem' is one of the reasons that manufacturers like Olympus and Panasonic have adopted the micro four-thirds format. These cameras are excellent models to use, with regards to composition, because you don't have to worry about the issues caused by the longer 35mm frame.

If you have a camera with an electronic viewfinder or Live View, it's worth checking the instruction manual to see whether your camera comes with the option to use different aspect ratios. If it does, in Live View the cropped part of the image will be grayed out to help you visualize how the photo will look. If your camera has an electronic viewfinder, it may have the option to show you the cropped image in the viewfinder. This makes composing in different aspect ratios very easy.

The square format deserves a special mention. It's one of my favourite formats. Even though there are no square format digital cameras on the market at the moment, it is still a popular format thanks to the wide availability of square format film cameras and the easy of cropping in post-processing. You can read about the square format in more detail in our article A Guide to Producing Beautiful Square Format Images

There is a practical area where you may bump up against an issue caused by aspect ratios, and that's printing. If you have a 35mm camera, you'll find that the aspect ratio of most common printing paper sizes doesn't match that of your images (the only exception is 6x4 inch paper).

This holds true no matter which aspect ratio you use, although you may have to crop less with certain ratios. This problem has been around for a while, and is one reason why some fine art photographers prefer large format cameras, as the 5:4 aspect ration matches precisely to the standard sizes of darkroom printing paper (5x4 inches, 10x8 inches, 16x20 inches and so on).

Inkjet paper is different however, as it is manufactured to comply with a standard set by the International Organisation for Standardisation (ISO). This standard uses an aspect ratio of 1:1.4142 (the square root of two) and dictates the dimensions of A2, A3, A4, A5, and more paper sizes. 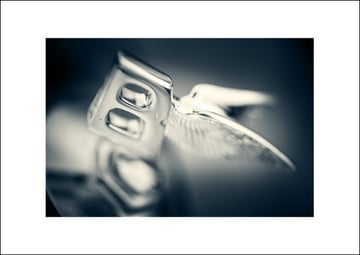 The solution to this is quite simple – print your images with a white border. As well as looking nice it's quite practical as it makes it easier to mount the print. The above image shows how a photo taken with a 35mm camera looks printed on an A4 or A3 sized piece of paper.

Cropping is easy in Lightroom, and a little more difficult in Photoshop. Here is a quick guide to cropping in both programs, other software are similar to one of these methods. 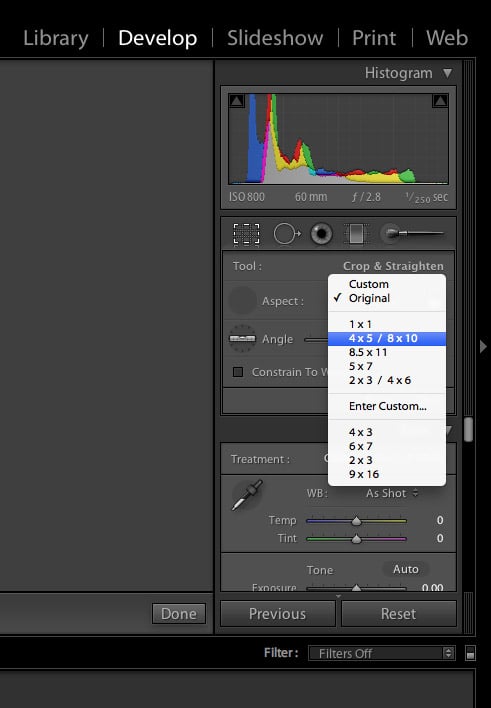 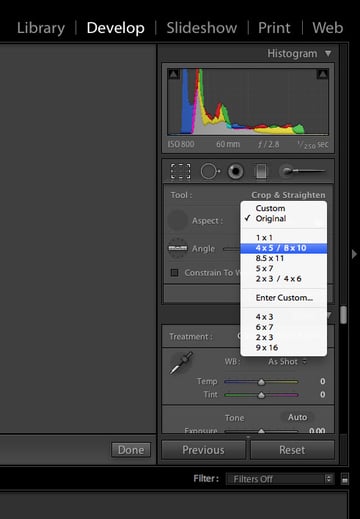 Go to the Develop module and click on the crop icon. Click on the arrows next to the word 'Original' on the right hand side and you can select a new aspect ratio from the list, or select 'Enter custom' to create your own.

If you are editing a Jpeg or Tiff file in Photoshop CS (rather than using Adobe Camera Raw, which works in a similar way to Lightroom) you need to do a few calculations in order to crop to a specific aspect ratio. The easiest way is to select the Crop tool and enter the dimensions that you want to crop to in the width and height fields. The height (or width in the portrait format) should match the height of your photo in pixels, then you can enter the width required to match your selected aspect ratio.

Hopefully, this introduction to aspect ratios will help you understand the relationship that the dimensions of the frame have with composition. Whether you use a 35mm, micro four-thirds, square format, large format or panoramic camera, the aspect ratio makes a difference to the composition of your images. In the past, the aspect ratio you used was largely dictated by the camera you owned. But now, digital cameras give you the freedom to experiment with whichever aspect ratios you prefer to use.