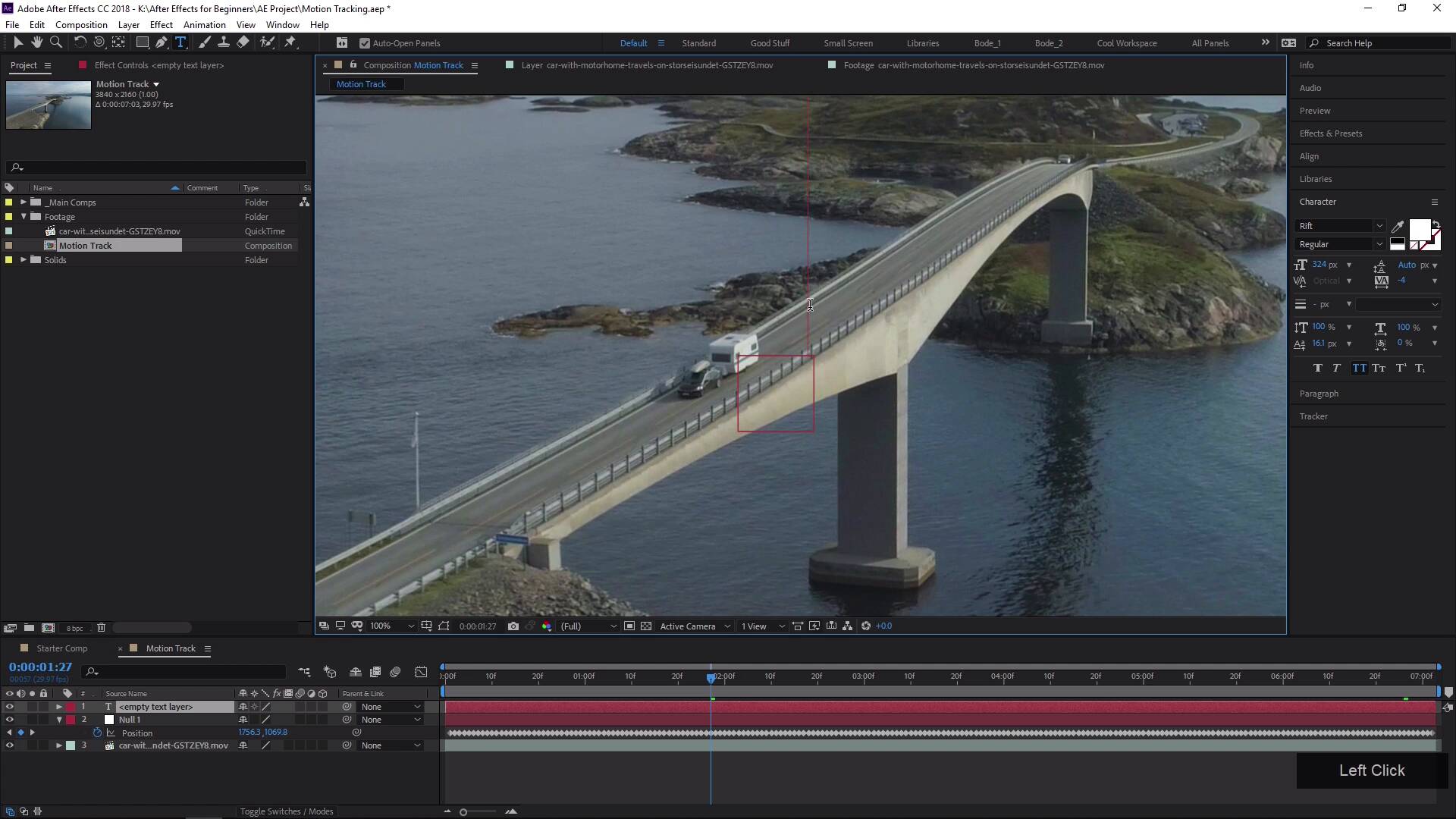 Now that your motion tracking is finished, it’s time to apply it to something and get it to follow your track! Learn how in this lesson.