by Dawn Oosterhoff29 Jan 2016
Difficulty:BeginnerLength:LongLanguages:
Black and WhiteDigital PhotographyPost-ProcessingImage ProcessingMacphunTonality
This post is part of a series called Black and White Photography.
How to Use Colour Balance for Better Black-and-White Conversions in Lightroom

Tonality CK is Macphun’s digital black and white editing tool. Other tools from Macphun include apps for reducing noise, adding lens effects, working with HDR, and more. With Tonality, Macphun has managed to balance easy presets with serious editing tools to create what I think of as a digital playroom for working with black and white images. In this tutorial, I’m going to look at the play end of the play-serious editing balance. Follow along, and you'll learn how to create a fun and expressive black and white post-processing workflow with some seriously good presets.

Back to Black and White

Before digital cameras, I photographed almost exclusively in black and white. I used colour film for specific projects, but overall, preferred the flexibility and forgiveness of black and white film. There’s also a never-ending growth curve with black and white photography: it’s easy to do, but a challenge to master. I relished that challenge of working the nuances to achieve a beautiful, subtly graduated black and white print that offered every tone from the darkest black to the lightest white while still holding detail. I also enjoyed playing with various toning baths.

Macphun seems to have grasped the joy of being both innovative and traditional with digital photographic processing. Known initially for FX Studio—an iPhone app—Macphun has since developed a stand-alone desktop suite of software that also plug into Adobe Lightroom and Photoshop, Aperture, and Apple Photos. (Windows users need not apply: Macphun has chosen to pick one platform—Mac—and excel at it.)

Bring on the Tonality!

Tonality can be used as a stand-alone app or as a plug-in. The advantage to using it as a stand-alone is the ability to save the file in Macphun’s file format (.mpt), which preserves your adjustments and layers. If you use Tonality as a plug-in, the processed image appears back in your source program in its original file format with all of the adjustments you’ve made in Tonality applied. There’s no ability to go back and review what you’ve done or tweak the image further. I like to use Tonality as a plug-in when I’m batch processing images, when I’m fairly certain about the changes I want to make, or when I am going to apply a preset that I’ve created myself and use routinely. But when using Tonality to play and learn, I prefer to use it as a stand-alone.

For this tutorial, I’ve used Tonality as a stand-alone, but using it as a plug-in is as simple as selecting Tonality from a program’s list of editing options or, in Photoshop, from the list of filters.

In Photoshop, use the menu and select Filter > Macphun Creative Kit > Tonality CK. Photoshop will export the selected layer of your image to Tonality CK. After you’ve made your adjustments in Tonality, select Apply to update the Photoshop layer with your changes. Note that Tonality applies the adjustments to the layer as destructive changes. For this reason, I typically create a stamped layer of my image (Command-Option-Shift-E) and use that layer in Tonality.

In Apple Photos, select the image you want to adjust, then select the Edit button in the top right of the window, or in Photo’s menu, select Image > Show Edit Tools (Shift-Return). In the edit menu that will open beside your image, select Extensions > Tonality CK. If you don’t see Tonality in the list, select More … and then select Tonality CK from the list of extensions.

To use Tonality as a stand-alone, open the app and load your image. (Tonality will not open without an image file.) Now, get set to play!

Photographic presets have developed a bad rap, and perhaps deservedly so. Although presets are not a bad thing in themselves, lots of bad photography—and even good stuff—is served up with a heavy layer of someone else’s idea of what constitutes an engaging photograph. Presets are often a one-stop application: slap it on and, at best, adjust the strength of the preset. But Macphun has managed to create 150 (and counting) black and white and monochromatic presets that sidestep kitsch and offer variations akin to black and white film photography and wet lab toning. Also, every preset can be adjusted with the full range of Tonality’s processing tools, and presets can be layered and masked for complexity and fine-tuning.

You can choose to use Tonality’s presets as traditional presets—apply them and adjust their strength—but instead, I recommend using them to experiment with ways of seeing and interpreting the potential in your images. Tonality makes this kind of creative play easy, natural, and fun. By trying out a range of presets on an image, you can get a feel for what is possible with black and white photography.

Select a preset and scan the processing tools to see what has been adjusted. There is no shortage of options, with presets loosely grouped to help with selection. My suggestion is that you start with the presets in a collection that best suits your image—Portrait for portraits, for example—but also try presets from a different collection to see what those presets emphasize or change. Then manually adjust a tool or two to see how that changes what the preset created.

Also try layering presets to see how that changes the image. The ability to apply toning presets in a separate layer is an advantage over other black and white conversion software. Layers can also be masked for selective application of changes. The masking tools—a brush to paint in, an eraser to paint out, and gradients to ease transition—are the only controls you have for creating a mask, but those tools are adjustable in size, feathering, and opacity. If you’re not happy with your experiments with masking, right-click on the layer and select Fill Mask to remove the masking effects and start again. (In my opinion, if you are trying to control changes with precision that demands more than these tools, you’re missing the point of black and white photography. Save that kind of precise work for a full-scale raster image editing program.)

Experiment to Find Own Your Special Black and White Flow

Then, in the spirit of being in a playroom, I decided to see if I could recreate a vintage postcard look with my black and white image. I added a layer for toning, and in that layer, added a texture overlay—an option available in the processing tools.

Tonality also offers a few limited-tone (not-quite black and white) filters. These presets are customized to certain types of images. For example, Lost Shores (in the Outdoor category) preserves the blues in an image, desaturates reds and yellows, and leaves only a wash of green. The preset is clearly meant for … well, photographs of shorelines. But again, experiment. It’s an opportunity to see how the colour filters change the look of a photograph, whether using the luminance filter to change the tonality of a colour range, or the saturation filter to change what colours are preserved in a photograph.

Photo Play: Hunches Can Unlock the Unexpected Magic and Majesty of Pictures

Be open to surprises. The following image was a ho-hum kind of photograph in my archive. I liked it because of the memories associated with that trip, but photographically, the image lacked impact. I didn't want to give up on this photo, though! I had a hunch, a feeling that this image had more potential than what I was seeing at first glance.

I tried processing the image in black and white, using Tonality. I created something that was better than the original, but I still wasn’t happy with the result.

On a lark, I decided to try some of Tonality’s selective desaturating presets. I started with Fade (in the Dramatic category) and just played. I added a layer with one of the Outdoor black and white presets and reduced the layer opacity, then began making finer adjustments with the processing tools. I wouldn’t use the same settings routinely on other photographs, but for this photograph, experimenting resulted in an image that both recalls my memories and visually satisfies.

If you do create a combination of adjustments that you like and would apply to other images, save your recipe as a user preset. Simply select +Create in the presets panel and give your recipe a name. As with all presets, when you apply your personal preset, you still have the option to adjust the effect by using any one or more of the individual processing tools.

You have a few options for saving your final image from the stand-alone version of Tonality. From the menu, you can select:

Macphun’s Tonality is black and white digital conversion software that manages to preserve the art and skill of traditional wet lab black and white photography, and offer it in a digital format that invites experimentation and mastery.

If you’re new to black and white photography or new to Tonality, start by having fun in Tonality’s playroom of presets, but use Tonality’s unique combination of presets and processing tools to reverse engineer the effects. So long as you’ve archived an original version of your image, you can’t break anything by playing. 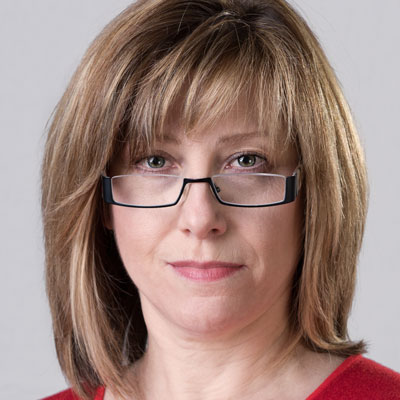