The Complete Beginner’s Guide to Lomography

by Cameron Knight15 May 2010
Difficulty:IntermediateLength:MediumLanguages:
Photography FundamentalsFilmFilm Camera
This post is part of a series called Film Photography.
The Medium Format Advantage

The digital camera has revolutionized photography. More people have embraced a passion for photography than ever before. So, is film photography dying? Lomographic Society would beg to differ. It can be argued that this organization has done more to keep film alive than any other. This tutorial will guide you through the complexities of becoming a Lomographer using their ten rules as a guide. 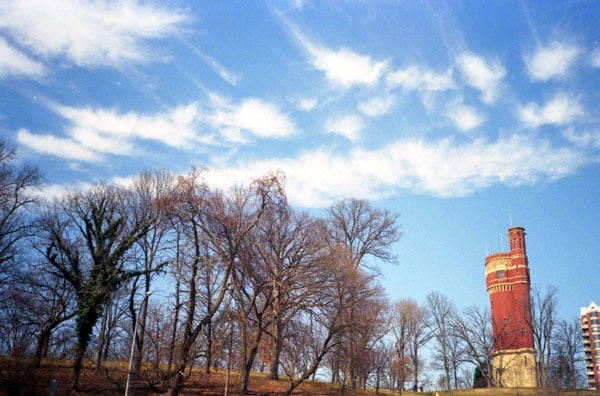 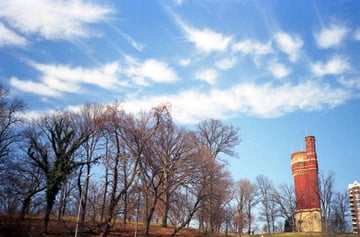 The Lomographic Society was started in the 1990's when some intrepid students stumbled across a Russian camera called the Lomo L-CA. Now the society distributes, refurbishes and produces a huge array of cameras. With the LC-A as their cornerstone, they also want images with a unique look, but most are plastic with few (if any) adjustable features. They all use film. Lomography has helped popularize the Holga and Diana medium format cameras. And they sell refurbished cameras that are no longer in production. 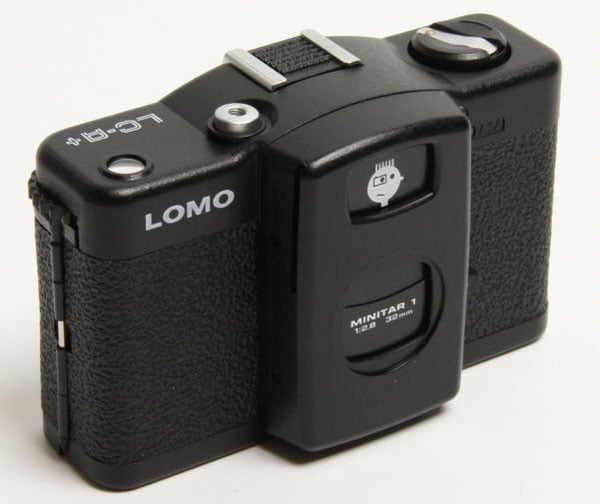 Many of the cameras that Lomographic Society sells may seem overpriced. For example, a few years ago, I purchased a used Zorki 4K a Russian rangefinder modeled after early Leicas, online for $35 USD. A short while after that purchase, Lomo started carrying a similar model of their website, now priced at $175 USD.

The prices for this camera have now risen dramatically at other places online. But what the Lomographic Society is offering is different. They are offering a warranty and a guarantee that their products are in working order. Also keep in mind that you are supporting a niche market. Many of the cameras and films that the Lomographic Society distributes and produces would not be available elsewhere. They have taken a risk with their business model, and if you choose to buy from them, you're keeping that business model alive.

The only reason I'm dwelling so much on this is that the Lomographic Society gets a lot of criticism for their prices. I just wanted to present why I feel comfortable purchasing from them. The following image was shot with a Holga Wide Pinhole camera, which is one of the many cameras offer by the Lomographic Society:

Rule 2: Use It Anytime – Day and Night

The sheer number and variety of cameras and accessories offered by the Society means that there is something for every occasion. People often ask me why I shoot film, when I have a perfectly good digital camera. Well, digital cameras are basically all the same. Film cameras are not. They do not make a swing-lens panoramic digital camera like the Horizon.

Try as you might, photo editing software can not recreate the look of 3200 speed black and white film. There are also few things in life that are more exciting than picking up a roll of film. It's always a suprise. When I shoot film, especially with the sometimes functionless Lomographic style cameras, I worry less about technical side of exposure. I just shoot, which encourages me to take photos I wouldn't normally take. Some turn out, some don't, but I always learn something. 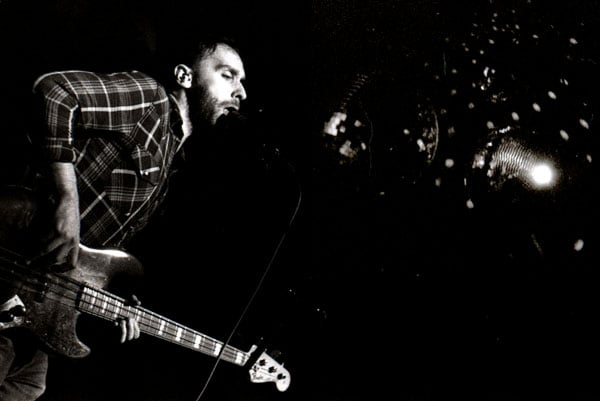 Rule 3: Lomography Is Not an Interference in Your Life, but Part of It

I mentioned earlier that Lomography is a little like a cult. Well, head to their website and check out the online community. They have 40,132 active users. About a quarter of those users have a LomoHome, which is a personal page for displaying and sharing photos and albums.

There are 4,403,306 photos that users are sharing on the site, and that doesn't even count the private ones only shared between friends. The members, who live all over the world, provide a constantly updating global snapshot which is always great to browse.

One of my favorite parts of the site is their list that has around 200 camera spanning tons of brands and types. You can read reviews and see sample photos. This part of the site really shows that the Lomographic Society revolves around photography and not just selling their specific cameras.

The following image was shot with a Vivitar Wide and Slim, a camera that is popular on the Lomography website, but not sold there. You can just make out the reflection of the camera in the window I was shooting through.

Rule 4: Try the Shot From the Hip

As I mentioned earlier, for me, the best part of shooting film is the surprise; the happy accidents that you don't know about until you see your developed film. Nothing makes this happen better than shooting without looking.

By using the hyperfocal distance on your lens (the focus point that allows the most things to be in focus at a given f/stop) or by using a camera wasn't made to be precisely focused (like the Holga and LC-A), you can snap shots from any angle. Above your head, on the ground or, like the rule says, from the hip. 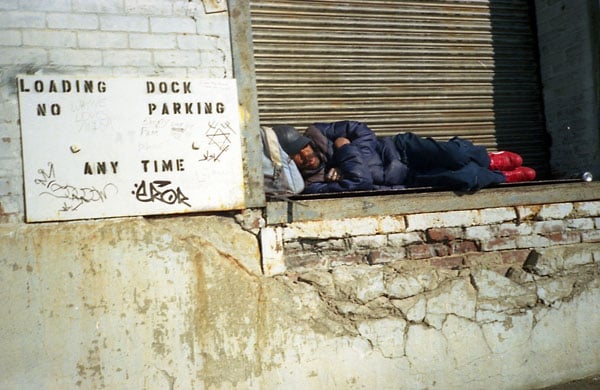 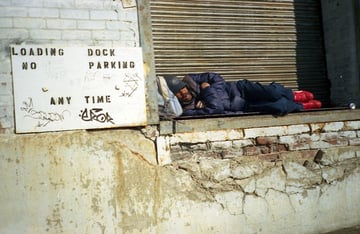 Rule 5: Approach the Objects of Your Lomographic Desire as Close as Possible

This is not advice for Lomography or even film photography, it is advise for all photography. Whether you're making photos of your friends or your flowers. Get close! When I shoot, I follow the two step rule. As I start shooting, I find a comfortable distance, then I take two steps closer.

But this rule can also apply to your passion for photography. Get in there. Learn about your gear, the history and the great photographers. The part of shooting film is that I love the most is knowing I'm using the same cameras and doing the same processes that people have been doing for over 100 years.

Helmut Newton, Henri Cartier-Bresson, Robert Cappa and Ansel Adams never touched a digital camera while they were in the peak of their careers. Getting close to the craft is just as important as getting close to your subjects. 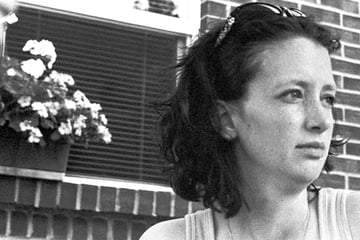 This one sounds really easy, right? But I often myself over-thinking exposure and composition. I am a professional, but I still miss shots occasionally when I'm caught up trying to achieve some specific technique. This especially happens when I don't have the safety net of a screen on the back of my camera.

Lomography's emphasis on simple cameras makes it easy to just shoot. If your camera's only control is a shutter button, then what is there to think about. When browsing the Lomographic Society website, you'll see the users who embrace this rule. Off-the-cuff photos of their friends make for some great keepsakes; much better than your typical “grip and grin" posed shots.

Move quick while you're taking picture, but you may also want to move quickly to start shooting film. Lomography has done wonders to preserve the medium, but it is still endangered. Kodak has discontinued some lines of its film including the infamous 64 in 2009. And even if you do happen across a roll of Kodachrome 64, there is only one lab in the entire world that processes it.

Polaroid stopped producing film, but was saved by another company, aptly named Impossible Project, which has started doing small runs. 110 film is almost impossible to buy except online, and unless you're lucky enough to have a great lab where you live, you'll need to send off for processing.

In other words, film might not be around forever. Take part in this piece of photographic history before it's too late. The Lomographic Society carries a lot of film on their site, even some that aren't made anymore. You can also read reviews of films and see example photos. 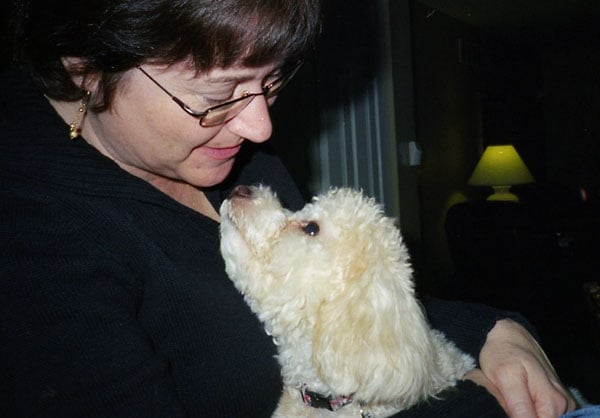 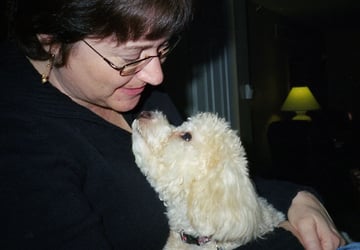 Rule 8: You Don’t Have to Know Beforehand What You Captured on Film

Lomographers are not afraid to experiment. One of their favorite, or even trademark, moves is to cross-process their film. This when you develop a film in chemicals meant for different type of film. The most common technique is developing slide film in the more commonly available chemicals used for regular color negative film.

The results can be super saturated and very interesting. But many people also experiment with expired film. The shot below was made with Kodak 400 ISO Tri-X black and white film that expired in 1994. The look of this image isn't too different or dramatic, but some films really change as they age.

Lomography is all about producing images that are different. Everyone has seen a perfectly exposed, in-focus photo with a straight horizon. These photos are not bad, but they're to be expected with all of the technology packed into modern digital point-and-shoots.

The Lomographic approach isn't for everyone - even I don't want all my pictures to over-exposed, tilted and blurry. But treating photography more like a scavenger hunt than oil painting has been a welcome release from my daily style of shooting. 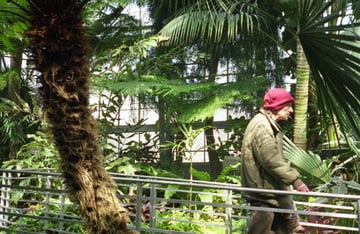 Rule 10: Don't Worry About Any Rules

Lomography encompasses a lot of things; interesting cameras and films, a global community, the desire to keep film photography alive, but the part of it that has been most rewarding for me has been discovering new things about photography.

Lomography isn't somewhere I ended up, it's somewhere I started. Lomography introduced me Russian cameras and showed me that those old bricks of film stashed away in an abandoned darkroom might still work. There are other places online dedicated to these specific things, but there are few places that embrace so many different aspects of film photography.

The Lomographic Society is a clearing house for all things analog. At the very least, shooting film cameras means that no one can see their picture on the back of your camera. Just say, “yes, your hair looked fine, and, yes, I waited until you were finished with huge bite of cake to take the photo." 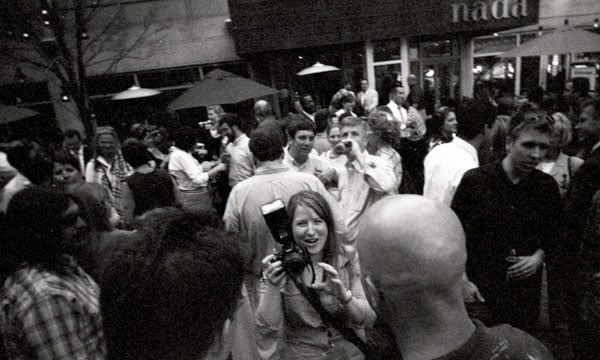