15 Ways to Pump Up Your Portraits

by Peter SawyerJun 2, 2011
Read Time:7 minsLanguages:
ShootingSpeedlightsBackdrop
This post is part of a series called Portraits.
How to Take Photos of People Like a Professional
Quick Tip: Creating Excellent Editorial Portraits

Today, we look at 15 tips for improving your portraits. These can be put into practice no matter what camera you have. They can help if you want a professional portrait to place on your wall or if you just want a striking new facebook profile picture.

Shyness has to be overcome for portraits. By being friendly to your subject and explaining what you are doing, people are more likely to go along with your shot. From experience, I have found that having a conversation with someone during the shoot is the best way to make someone feel more relaxed and this comes across in the photographs.

When shooting strangers make sure you ask permission beforehand. Don't rush into the shot, explain why you want to photograph them. If there's a change your image will be used for commercial purposes, make sure you get a model release signed. 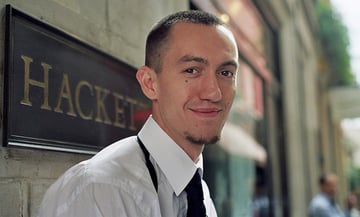 Credits to slimmer_jimmer for the image.

Think about your backgrounds carefully. Placing a subject on a different backdrop can make a big difference. Often, it gives the subject a sense of purpose. Shooting on a minimal backgrounds, like solid colored walls, draws attention to the face quickly.

Shooting against a city backdrop make the viewer wonder why the person is there. This can make your image compelling or possibly distract from the intent of your photo. Don't just snap without thinking about the reason behind the location.

Remember to use natural lines in the background to aid your photos, for example using a road a background may produce lines that lead to your subject. 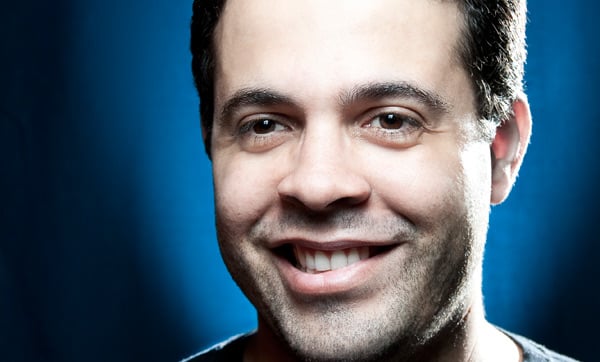 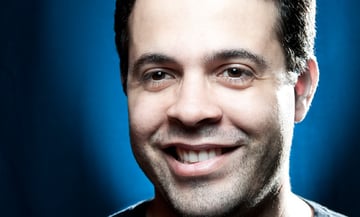 Credits to Levi C for the image.

Lighting a scene can make a huge impact to the photo. Here are the main lighting types explained:

You also might want to look into investing in a flash if you plan on working with portraits on a frequent basis. If you want to start on this path, I would suggest looking in a starters flash kit containing a soft box or umbrella and a couple of lights with reflectors.

For more information on lighting portraits, have a look at these previous tutorials on Phototuts+:

10 Ways to Shoot Stunning Portraits With Only One Light 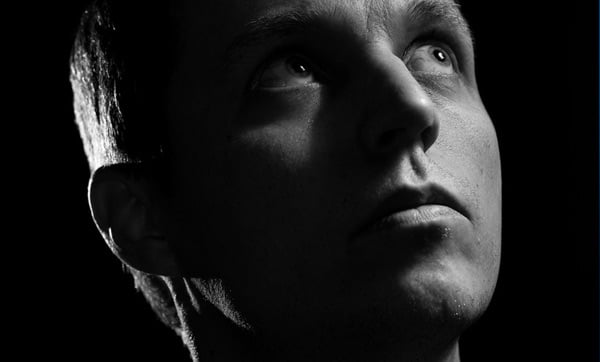 Credits to jcoterhals for the image.

Adding perspective distortion into the equation is a good idea. Using a wide angle lens will make objects seem further away than they actually are. Whereas a telephoto will do the opposite making objects appear closer.

When shooting portraits, you might want the background to appear closer than it actually is. For example, when shooting famous landmarks you want it to look as if you're right next to them.

Perspective distortion on wide angle lens can also make things appear bigger, but usually not it a good way. We've all seen images of people who appear to have giant noses. My suggestion would be to use a lens between 50mm and around 150mm.

Obviously, you can also purchase creative lenses such as the fisheye or a Lens Baby for specific artistic shots which will distort the image greatly. 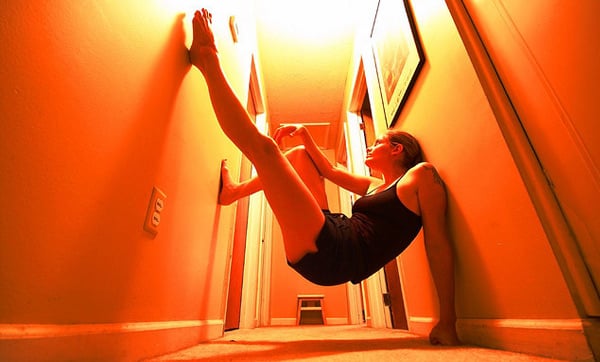 Credits to J.Star for the image.

To make your images stand out from the rest, try to shoot from a different (or even bizarre) angle. By moving your camera away from the standard eye level shots, you can make your portraits unique. Stand on chair or lay down on the ground, just keep your eye on the background as well. 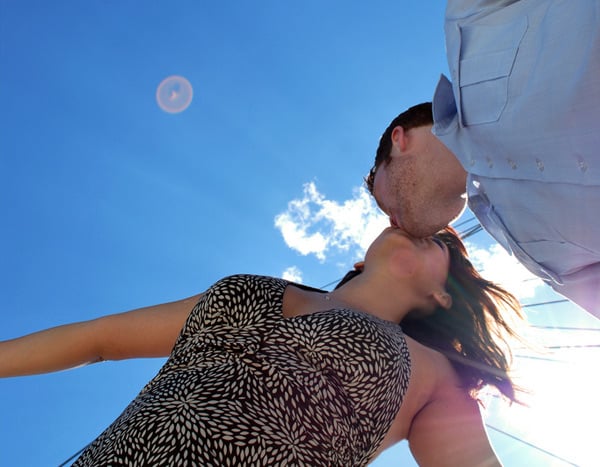 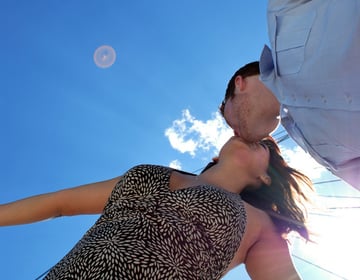 Credits to Brianna Lehman for the image.

Not sure if there is an official name for the style of diptych I'm referring to. But often, one image is distorted or cropped in a way which that poses a questions, and the other photos answers that question.

For example in the photo below, the first photo has cropped out the head of the model, posing the question - what does she look like? The second photo immediately answers this question by showing us a close up.

Another example might show one image of the person turned around or covering their eyes from view. The second photo would then focus on the section of the face that they were hiding.

Play around with the idea, you don't need expensive software to place the two images together. I would recommend the GIMP if you are looking for a free alternative to Photoshop. In many case, the images look nice with a thin border around and between them. 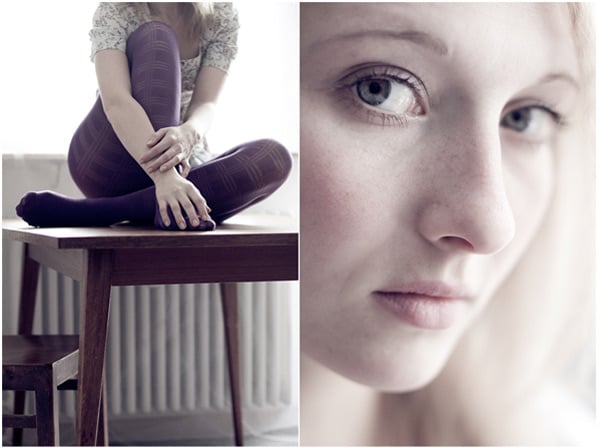 Credits to Luisamoehle for the image.

The rule of thirds is a great tool when starting out with photography as it help you learn about framing your shot. However, unlike many other forms of photography such as landscapes in which the subject cannot move, you can get your model to move around to create fun and exciting poses.

So my advice for portraits is to occasionally break the rule. Think about framing your portraits in new exciting ways, use your surroundings to help you do this. As long as you frame your image in a creative way which attracts attention to your subject, who needs to play by the rules? 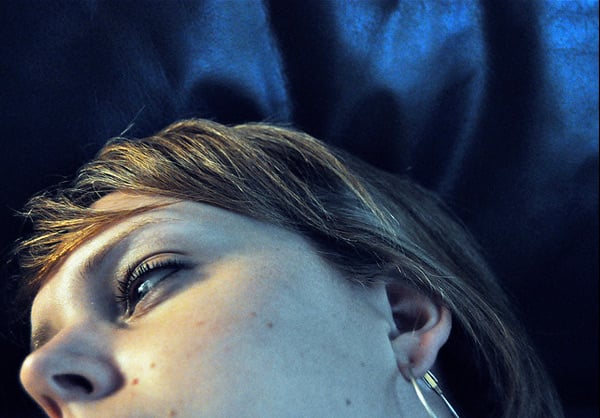 Don't be afraid to try a long exposure shot when dealing with portraits. Often you will shoot at 1/100 second or faster and freeze everything in the background.

With a small amount of inexpensive flash gear you can shoot long exposure scenes and keep the portraits sharp. For example, in the image below the model stood perfectly still for 4 seconds and the flash strobe helped freeze her actions.

You can also set a flash to fire every few seconds, and therefore creating multiple "clones" of your subject as they move throughout the frame.

Credits to Sean Molin for the image.

An example of a single shot using a long exposure and multiple firings of a flash: 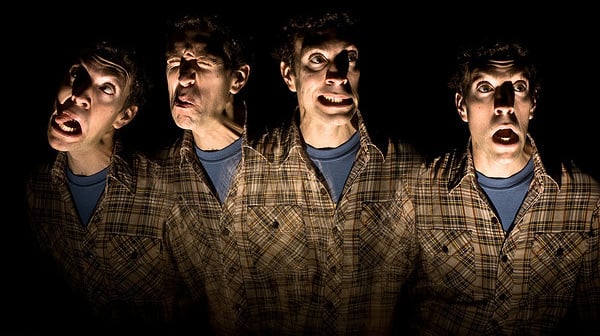 Credits to from the wall photography for the image.

To keep our portraits nice and sharp, using an aperture such as a F1.4mm might not be such a good idea.

Unfortunately many lenses don't go below F4. So I would suggest investing in a 50mm prime lens which can allow you to reach f/1.8 very affordably. 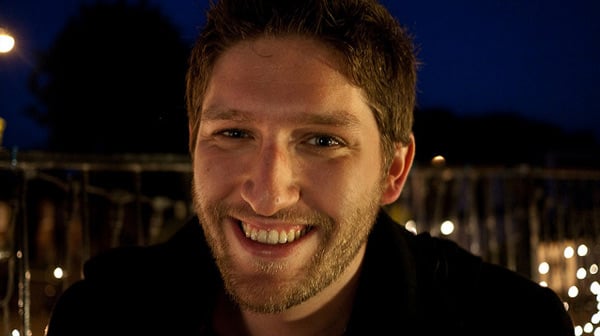 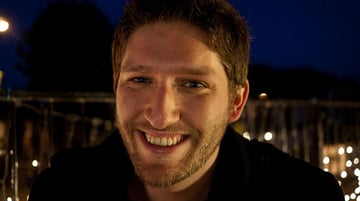 Credits to Sean Molin for the image.

Capturing reactions using a series of shots has always been one of my favorite ways to shoot portraits. This technique works great when shooting children due to their great emotional expressions.

Shooting multiple shots can allow you to capture someone's true personality, and the final effect usually has a very natural feel.

High end cameras can shoot up to 7-10 frames per second which is perfect, but 3-4 shot rate of most compact cameras can work, too.

Credits to Angelocesare for the image.

How to Capture Emotive Environmental Portraits:

I hope these tips will be useful. Post up your own favorite portrait shots below, and don't hesitate to share your best shooting tips as well.