A Brief History of Photography: The Beginning

Today, photography is the largest growing hobby in the world, with the hardware alone creating a multi-billion dollar industry. Not everyone knows what camera obscura or even shutter speed is, nor have many heard of Henri Cartier-Bresson or even Annie Leibovitz.

In this article, we take a step back and take a look at how this fascinating technique was created and developed.

Before photography was created, people had figured out the basic principles of lenses and the camera. They could project the image on the wall or piece of paper, however no printing was possible at the time: recording light turned out to be a lot harder than projecting it. The instrument that people used for processing pictures was called the Camera Obscura (which is Latin for the dark room) and it was around for a few centuries before photography came along.

It is believed that Camera Obscura was invented around 13-14th centuries, however there is a manuscript by an Arabian scholar Hassan ibn Hassan dated 10th century that describes the principles on which camera obscura works and on which analogue photography is based today.

Camera Obscura is essentially a dark, closed space in the shape of a box with a hole on one side of it. The hole has to be small enough in proportion to the box to make the camera obscura work properly. Light coming in through a tiny hole transforms and creates an image on the surface that it meets, like the wall of the box. The image is flipped and upside down, however, which is why modern analogue cameras have made use of mirrors.

In the mid 16th century, Giovanni Battista della Porta, an Italian scholar, wrote an essay on how to use camera obscura to make the drawing process easier. He projected the image of people outside the camera obscura on the canvas inside of it (camera obscura was a rather big room in this case) and then drew over the image or tried to copy it.

The process of using camera obscura looked very strange and frightening for the people at those times. Giovanni Battista had to drop the idea after he was arrested and prosecuted on a charge of sorcery.

Even though only few of the Renaissance artists admitted they used camera obscura as an aid in drawing, it is believed most of them did. The reason for not openly admitting it was the fear of being charged of association with occultism or simply not wanting to admit something many artists called cheating.

Today we can state that camera obscura was a prototype of the modern photo camera. Many people still find it amusing and use it for artistic reasons or simply for fun.

Installing film and permanently capturing an image was a logical progression.

The first photo picture—as we know it—was taken in 1825 by a French inventor Joseph Nicéphore Niépce. It records a view from the window at Le Gras.

The exposure had to last for eight hours, so the sun in the picture had time to move from east to west appearing to shine on both sides of the building in the picture.

Niepce came up with the idea of using a petroleum derivative called "Bitumen of Judea" to record the camera's projection. Bitumen hardens with exposure to light, and the unhardened material could then be washed away. The metal plate, which was used by Niepce, was then polished, rendering a negative image that could be coated with ink to produce a print. One of the problems with this method was that the metal plate was heavy, expensive to produce, and took a lot of time to polish.

In 1839, Sir John Herschel came up with a way of making the first glass negative. The same year he coined the term photography, deriving from the Greek "fos" meaning light and "grafo"—to write. Even though the process became easier and the result was better, it was still a long time until photography was publicly recognized.

At first, photography was either used as an aid in the work of an painter or followed the same principles the painters followed. The first publicly recognized portraits were usually portraits of one person, or family portraits. Finally, after decades of refinements and improvements, the mass use of cameras began in earnest with Eastman's Kodak's simple-but-relatively-reliable cameras. Kodak's camera went on to the market in 1888 with the slogan "You press the button, we do the rest".

In 1900 the Kodak Brownie was introduced, becoming the first commercial camera in the market available for middle-class buyers. The camera only took black and white shots, but still was very popular due to its efficiency and ease of use.

Color photography was explored throughout the 19th century, but didn't become truly commercially viable until the middle of the 20th century. Prior to this, color could not preserved for long; the images quickly degraded. Several methods of color photography were patented from 1862 by two French inventors: Louis Ducos du Hauron and Charlec Cros, working independently.

The first practical color plate reached the market in 1907. The method it used was based on a screen of filters. The screen let filtered red, green and/or blue light through and then developed to a negative, later reversed to a positive. Applying the same screen later on in the process of the print resulted in a color photo that would be preserved. The technology, even though slightly altered, is the one that is still used in the processing. Red, green and blue are the primary colors for television and computer screens, hence the RGB modes in numerous imaging applications.

The first color photo, an image of a tartan ribbon (above), was taken in 1861 by the famous Scottish physicist James Clerk Maxwell, who was famous for his work with electromagnetism. Despite the great influence his photograph had on the photo industry, Maxwell is rarely remembered for this as his inventions in the field of physics simply overshadowed this accomplishment.

The First Photograph With People

The first ever picture to have a human in it was Boulevard du Temple by Louis Daguerre, taken in 1838. The exposure lasted for about 10 minutes at the time, so it was barely possible for the camera to capture a person on the busy street, however it did capture a man who had his shoes polished for long enough to appear in the photo.

At one time, photography was an unusual and perhaps even controversial practice. If not for the enthusiasts who persevered and indeed, pioneered, many techniques, we might not have the photographic styles, artists, and practitioners we have today. Here are just a few of the most influential people we can thank for many of the advances in photography.

Photography became a part of day-to-day life and an art movement. One of the people behind photography as art was Alfred Stieglitz, an American photographer and a promoter of modern art.

Felix Nadar (a pseudonym of Gaspard-Félix Tournachon) was a French caricaturist, journalist and—once photography emerged—a photographer. He is most famous for pioneering the use of artificial lightning in photography. Nadar was a good friend of Jules Verne and is said to have inspired Five Weeks in a Balloon after creating a 60 metre high balloon named Le Géant (The Giant). Nadar was credited for having published the first ever photo interview in 1886.

Nadar's portraits followed the same principles of a fine art portrait. He was known for depicting many famous people including Jules Verne, Alexander Dumas, Peter Kropotkin and George Sand.

Henri Cartier-Bresson was a French photographer who is most famous for creating the "street photography" style of photojournalism, using the new compact 35mm format (which we still use today). Around the age of 23, he became very interested in photography and abandoned painting for it. "I suddenly understood that a photograph could fix eternity in an instant," he would later explain. Strangely enough, he would take his first pictures all around the world but avoided his native France. His first exhibition took place in New York's Julien Levy Gallery in 1932. Cartier-Bresson's first journalistic photos were taken at the George VI coronation in London however none of those portrayed the King himself.

The Frenchman's works have influenced generations of photo artists and journalists around the world. Despite being narrative in style, his works can also be seen as iconic artworks. Despite all the fame and impact, there are very few pictures of the man. He hated being photographed, as he was embarrassed of his fame.

The next article in this series will look at the 1940s-80s, covering the invention of multi-layer color negatives through to the introduction of Polaroid and Fujifilm instant cameras. We'll also investigate the how photography became a tool of propaganda and why it came to be used in advertising products and promotion. 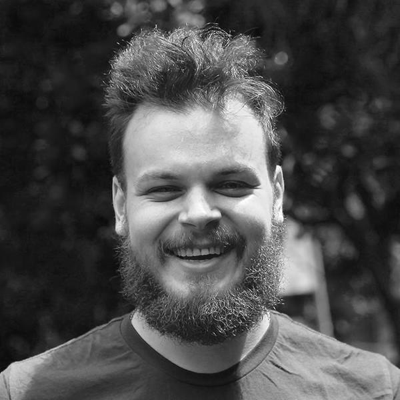