Anything But Neutral: Using Color to Create Emotional Images

Most photo and video tutorials about color casts are focused on how to remove them. Not this one! We're going the other way this time: how to embrace color. Tints, casts, and colorful subtexts are a powerful way to create emotional images.

All color images, no matter how painstakingly retouched and processed, have at least a small color cast. In this tutorial you'll learn how to unlock to power of decidedly not-neutral color to enhance your photographs and video.

Let's start with the cultural and psychological meanings of color. Later in the tutorial you'll learn practical ways to put these ideas to use in your photography.

Horror movies sometimes apply blue casts to create a “chilling” effect. Likewise, films that involve the grittier aspects of reality, desolation, or dystopian themes are frequently desaturated and washed out, removing most of the bright colors we associate with joy and life. Green color casts are often used to portray a scene as a bit “off” or unnatural.

How did they settle on these? Color psychology. There’s no way to go into color psychology in depth here – entire textbooks have been written on it – but here’s a short guide to different meanings and uses of colors:

Red is the most visceral color, seeing as how it’s literally the color of viscera, and the one that perhaps draws the strongest physical reaction from us. It is the color of life, of blood, and warmth. It’s also the color of violence, of romance, and of dominance, and our minds are hardwired to associate it with those things.

Pink, though just red mixed with white, has an entirely different meaning to us. It represents the feminine principle (though this is a relatively recent cultural development), and brings to mind gentleness, nurturing, and romance.

Yellow is, psychologically, the happiest color. It’s also the loudest, and is associated with extroversion. It’s the color of the sun, so naturally, it’s used by people who want to be seen.

Orange, likewise, is an “extroverted” color, however, it can also be a calming one, due to its warmth and its association with autumn and sunsets. Interestingly, these warm and noticeable qualities are exactly the reason yellow and orange are used for warnings: they catch people’s attention, but without being as intimidating as red.

Brown is the color of dirt, and most of our psychological images reflect that: we perceive it as unexciting but reliable, a good, honest color that doesn’t stand out, but makes for a solid foundation. However, being that it’s also a warm color, its lighter shades can also be used to create an inviting atmosphere.

Blue is the ultimate "cool" color. Dark and medium shades are considered calming, where its lighter shades are often chilly or icy. It can be used to create a feeling of sadness and aloofness, or of relaxation and quiet reflection.

Purple is connected with thought and imagination. It's also a plush, velvety color, formerly reserved for royalty, that brings to mind images of comfort and luxury.

People perceive green overall as the most “balanced” color. Green light focuses directly on the receptors in the eye, and the eye has twice as many receptors for green light as it does for blue or red light, wavelengths which focus behind and ahead of the back of the eye, respectively.

Green it calms us. It’s also the color of most plants, and many forms of currency, so we associate it with life and growth.

As mentioned earlier, green is also the designated color of weird, and is frequently used to make things look strange and unnatural. For example, think of how often nuclear radiation, colorless in reality, is portrayed as glowing green.  Perhaps it taps into our fear of things growing that should not be?

Wider color groups also have these kinds of associations. Colors are often separated into two basic groups: “cool” and “warm.”

Warm colors - oranges, reds, golds, and browns - are associated with sunlight and day. 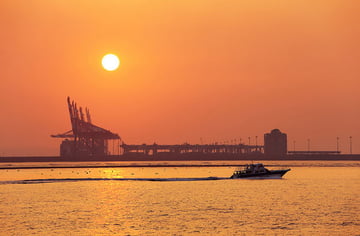 Image by "Photographer No. 9"

Cool colors - light blues, greens, and purples - are associated with cloud cover, snow, and in their darker shades, night.

Warm colors can make and object seem heavy and dense, where cool colors make it seem light and airy. Warm colors appear to be farther forward, cool colors appear to be farther back. Warm colors also jump out at the viewer where cool ones recede, so you can increase the illusion of depth by placing warmer-colored objects in the foreground and cooler-colored objects in the background.

Of course, as the names imply, warm and cool colors’ most powerful associations are with temperature. Filmmakers know that the heat of a desert or a sweltering summer’s day can be portrayed by adding a yellow or red tint to a film, or that arctic chill can be more effectively portrayed with some light blue grading.

No matter what the situation, you can use color to your advantage. Ambient light, camera settings, and controlled light sources all offer creative possibilities for color.

During mornings and evenings, the sunlight is not its normal white. In the earliest part of the day. Sunsets are more orange than sunrises.

Before sunrise, streetlights aside, the world is nearly black and white. Pre-dawn light is very cool and casts few shadows. As the sun rises, the light warms up; due to the larger amount of atmosphere that the light has to penetrate, the warmest colors are the ones that get through first.

The higher the sun climbs in the sky, the whiter the light gets, and the greater the contrast between colors. At noon, the contrast is at its peak. As the sun goes down, the light again begins to warm up – eventually becoming warmer than at sunrise, giving photos that sought-after golden glow. Finally, at twilight, what little light is left over becomes blue.

There are other environmental factors that cause color casts: Cloud cover, despite how it may look, is not entirely gray. It has some bluish tones that you may want to photograph to emphasize. Snow also reflects light in a manner that causes subjects photographed on it to appear blue.

Objects start to glow, or radiate light, when you heat them enough. The color they glow depends on how hot they are, starting with red, then proceeding to yellow, then blue, then white. Color temperature, the concept behind white balance, is essentially a measure the glow color that’s expressed in Kelvin. For example, midday sunlight is usually about 5,600K.

This relationship can be used intentionally. In short, dial in a higher Kelvin number for a warmer look and a lower number for a cooler look. Remember this, and you can exert complete control over your white balance with a custom setting or quickly selected pre-programmed shortcut.

For studio shoots, simply paying attention to the white balance of your studio lights can go a long way towards giving you total control over your color cast without having to touch a single setting on your camera or in Photoshop.

Varying the artificial lighting can create its own color cast. Tungsten lighting is more orange, and fluorescent lighting is either greenish or bluish, depending on the chemical makeup – they come in several different varieties with several colors, and I recommend you try experimenting with them. Though more expensive in initial purchase, LED lights offer you much more control over your lighting temperature than CFLs and offer a more even color spectrum. Some LED lights let you set your own white balance by mixing the intensity of different colored LEDs.

Artificial lighting can be used to intentionally mix color temperatures, something else that’s often considered undesirable in most photography, but can create an interesting effect. Remember how I mentioned that warm colors stand out against a background of cool colors? You can mix and match all kinds of lights for creative effect. Of course, you can also create your own colored light by using colored bulbs and gels, too. 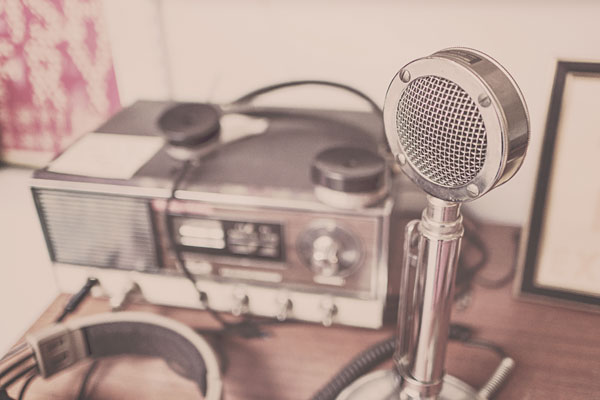 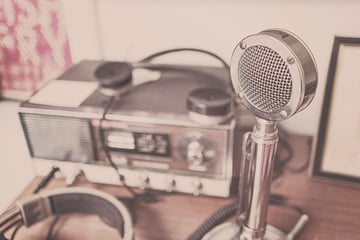 Image by Ryan McGuire (via Gratisography)

Colored lens filters, like any other mode of color alteration, can be used either to correct deficiencies in color or to add casts for effect.

Even though editing programs offer you more choice over the types of colors that you use to tint your photograph, it’s still good to know how to use filters, and to keep some on hand in case you decide to apply a cast the old-fashioned way. Plus, unlike digital color correction, color filters don’t add noise to a photo.

There are three basic kinds:

Color filters are especially useful if you make JPEG images in camera. You shouldn’t normally, though, for reasons I’ll go into in the next section.

Digital Editing Programs give you the most ways to control your white balance, or add artificial color casts via filters. In fact, there are far too many to fit into this tutorial.

However, one note: If you’re planning to digitally color cast an image, you should photograph in RAW. Unlike JPEG, which is shot with a specific white balance, RAW saves the entire spectrum and lets you control the white balance in post.  While you can adjust the colors of a JPEG later, using Photoshop’s hue-saturation or a host of similar tools, the effect won't offer you as much control as a RAW file that hasn't already had a filter applied to it.

Have you done anything interesting with color casts? What are your favorite methods? Let us know below.

C.S. Jones
Florida
I was born in 1990 to a journalist and a freelance photographer. It seems I inherited their jobs along with their genes. Growing up, I was always more interested in communications and the creative arts than the more “practical” fields all my classmates were going into. I spent five years interning in radio as a teenager, and I sold my first photo to the St. Petersburg Times at 16. Since I began studying writing and art in my teens, I’ve co-founded a gallery (I’m not involved with it anymore, but it’s still there), landed countless gigs in both fields, worked with some of the most fascinating people I’ve ever met, traveled up and down the east coast for work, scripted cartoons, written copy for e-businesses, and spent a year working at a commercial photography studio. And in June 2014, I finally made the switch to writing full-time. That brings us to the present. Now, going into the future, I’d like to continue to build on what I’ve learned, and to explore even more fields. I’m currently interested in mixed-media art, design, and other fields that allow me to use blend disparate skills to create a coherent whole. …Oh, and by the way, I’m nowhere near as arrogant as the domain name makes me sound.
Weekly email summary