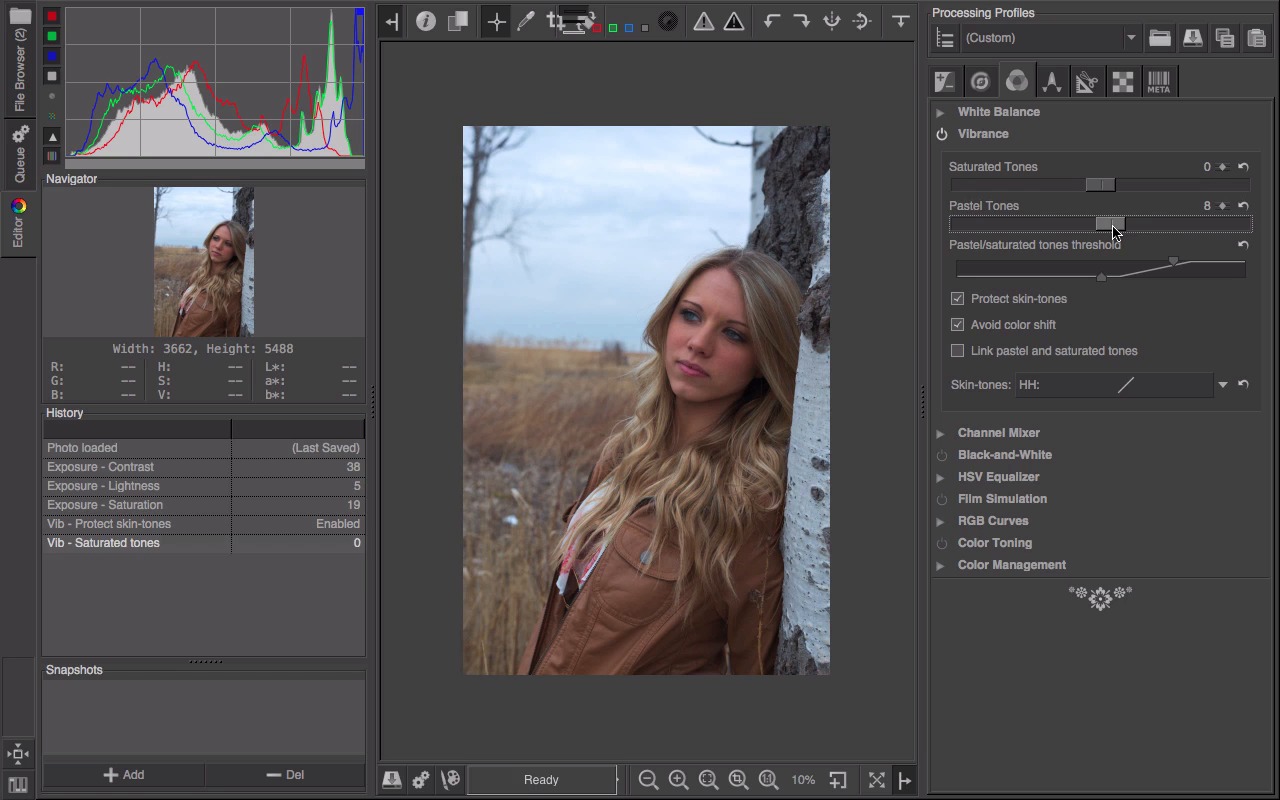 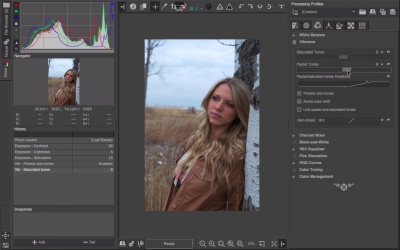 In this lesson we will discuss the process of giving our photo a particular “look”, as well as the methodology behind adding your own personal style to an image. Then, we will move forward and add style to our image.

1.Introduction to RAW and RawTherapee
3 lessons, 11:47

Welcome to chapter three. Now that we've neutralized our images, we're going to evaluate them as far as what kind of style we want to give them, and then we'll export our photos out of Raw Therapy. In this particular lesson, we'll discuss the process of giving our photo a particular look, as well as the methodology behind adding your own personal style to your photos. We'll then go ahead and apply a look or style to our images, so lets take a look at both of our images and evaluate exactly how we want to emphasize certain aspects. We will add back in the film strip to the top, and we'll also turn off the before and after view, and I'm going to head to our first image that we were working on, and looking at this particular image down here in the bottom panel, we see that it is neutral. And as I sit and look at the image, I really think we could make it pop more and give it a more dramatic feel. And I'd also like to bring out the blue in her eyes just a bit more. And as for the other image with the fruit, we'll load that in the bottom panel as well, and I think we could bring out more of the greens in this image and really give it a bit more of a dramatic feel as well. I'd like to add that at this stage, it can be as basic or stylistic as you want, as far as the stylistic edits that you make to your images. As with Photoshop, there are many tools within Raw Therapy that will allow you to take your styling as far as you want it to go. And so first let's add some style to our original image. And I'll go ahead and close the top film strip so that we can focus solely on this image. And I'm going to zoom in just a bit. So the first thing I'm going to do is add more contrast overall to this image. Head over to the exposure tab, and I'm going to head down to the contrast slider. And my goal here is to noticeably increase the contrast in our image, so that it begins to take on a particular style, as opposed to just being neutralized. And I'll take it up to a value of 38. And then I'm going to head up to the lightness slider and I'm going to lighten the photo just a bit. And I'm also going to increase the saturation of this image to a value of 19 for now. Next, I'm going to head over to the color tab, and I'm going to open the drop-down menu for the vibrance. And I'm going to select the box that says protect skin tones, so that as I increase the saturation of the image, it won't over-saturate the model's skin. And then I'm going to head over to the pastel tone slider and slide that to the right, increasing the vibrance of our image. And just to compare before and after, I'm going to head down to the history panel on the left-hand side. And I'm going to go back in time a step, just so that we can compare what it looked like before we added more vibrance through the saturated tone slider and then after. And so this is before, and this is how it looks after. And by increasing the vibrance, you can also see that the blue of her eyes is more noticeable as well. At this point, I'm going to head over to our other photo and make similar changes as well. So, from the film strip in the upper portion, I'm going to double click on the nature photo. And from there, I'm going to head over to exposure and drop down menu. And I'm going to increase the contrast of this image as well. And if you need to, you can close the upper film strip so that you can concentrate on your image as you're working on it. So, here we are increasing the contrast of this image, giving the greens a much more richer tone and depth, and we'll leave it at a value of 57. And then we will head over to the color tab, and once we've opened the vibrance drop down menu, we want to make sure that the small power button next to vibrance is highlighted so that we can see our image actually taking on the effects as we apply them. And I'm also going to uncheck the box that says link pastel and saturated tones, and then I'm going to click and drag the pastel tones slider to the right, in order to add more vibrance to those tones. And a quick trip over to my history panel on the left-hand side, will allow me to go back a step in time and compare a before and after. And so, this is before we added vibrance to the pastel tones, and this is after. And if we want to go back to the image before we added more style to it at all, this was where it was at the point of neutrality, and this is where we have it now. It's a much more dramatic, vibrant photo, and now I'm going to reopen the top film strip so that we can see both of our images. And that brings us to the end of this lesson. In this lesson, we evaluated both of our images and then applied some dramatic styling to them. In a situation where you're using your own photos, you'll want to add your own personal style. It all depends on you. It's your own personal touch that differentiates you from other photographers. In our next lesson, we'll look at the export options available to us, and then we're going to export our images out of Raw Therapy in to another format.