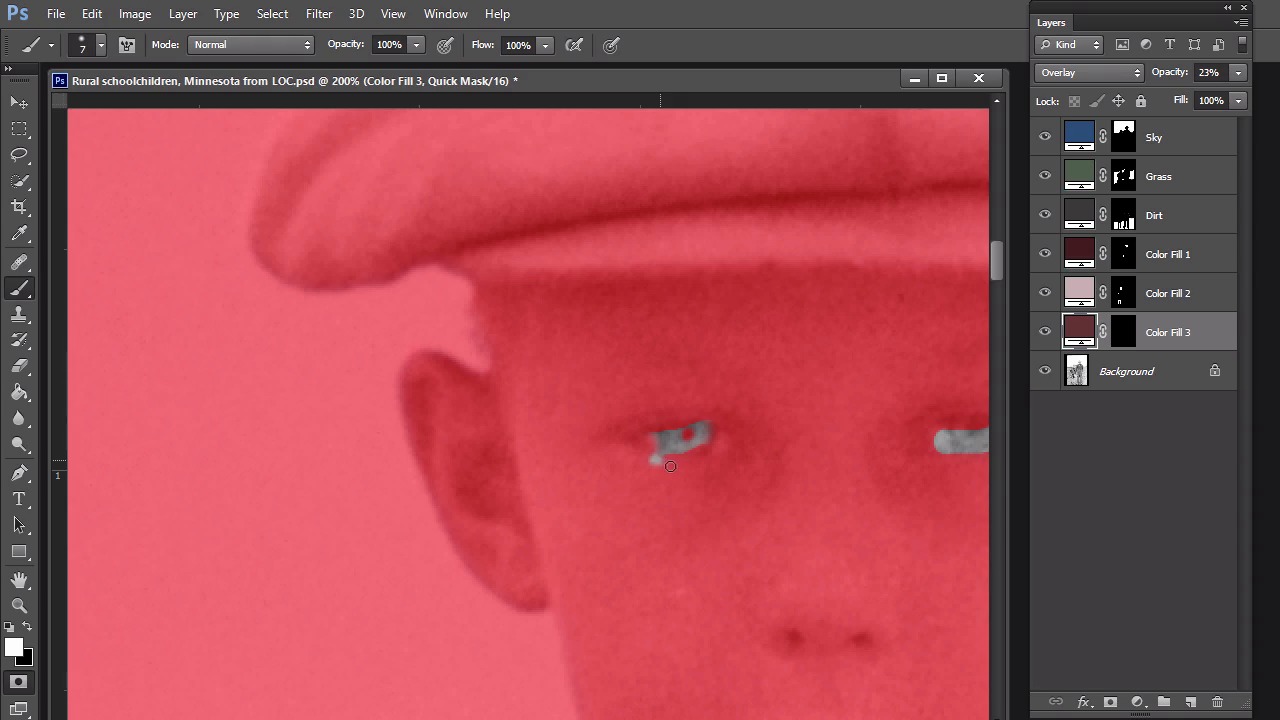 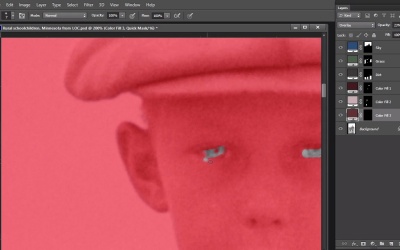 Picking good tones for skin can be tricky. In this lesson you'll learn how to colour eyes and hair, and how to use references for authenticity (like colours of uniforms in military pictures, for example). Colour can create new meaning in old images, so we'll also consider how to use colour in a balanced, truthful way.