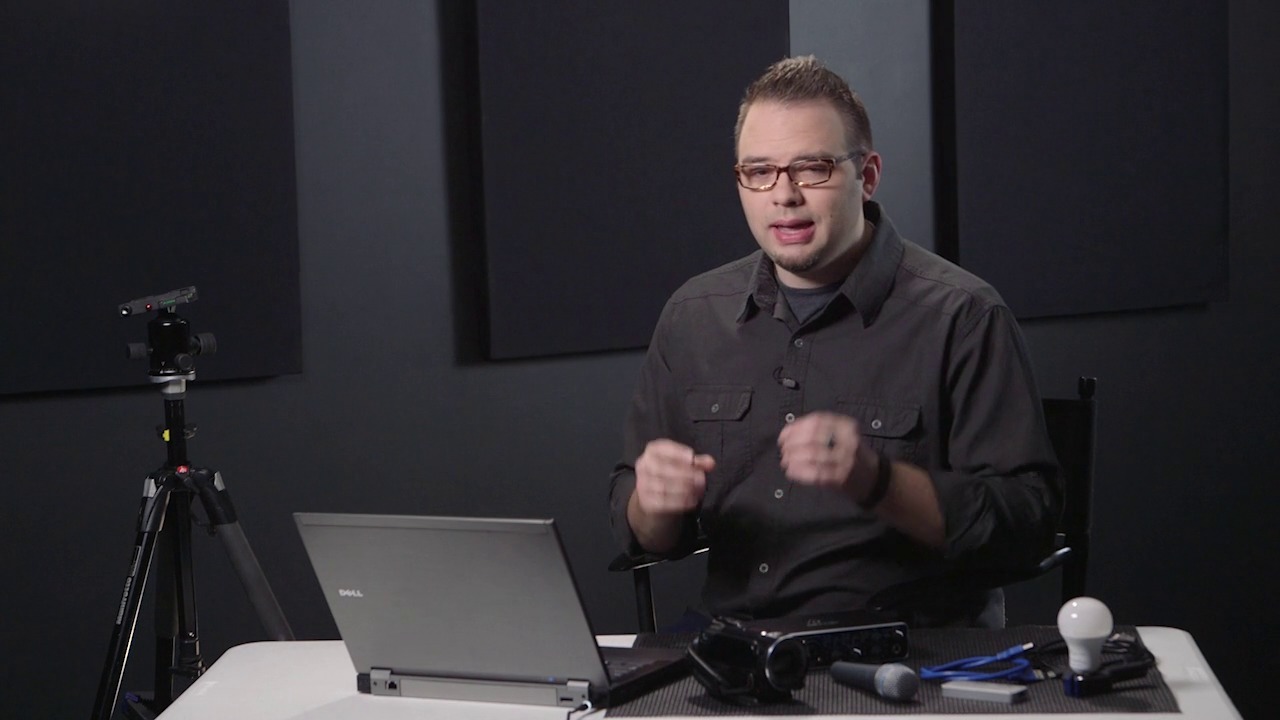 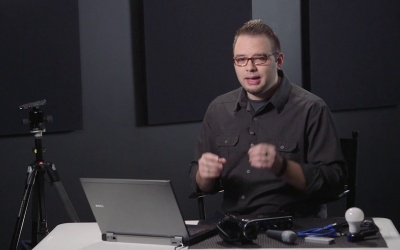 In this lesson, you will learn what you need to follow along and set up your own video-streaming rig! You'll get a comprehensive video conferencing equipment list, from choosing the right microphone for video recording to video lighting and more.

In this lesson you will learn what you need to follow along and create your own video streaming rIg. So when you think about upgrading your video streaming presentation skills, you have basically two sides. You have the video side and you have the audio side. Probably the most important thing, if you're going to do anything. Is to upgrade the audio, because you can have great looking picture, perfectly in focus, great lighting, good dynamic range, spot on color. But if the audio is all garbled, it doesn't really matter what the picture looks like because the messaging is not going to get across. If you flip that and your audio is really high quality but your video Not so great, maybe not perfectly in focus. That's doesn't matter so much because the messaging is still going to get across and that is the most important thing. So we are going to be looking at how you can upgrade the audio side of things. And we're going to be talking about getting a microphone, so you're going to need some kind of better microphone. Some kind of upgrade over the built in microphones that you may have in your laptop or that your computer may have come with. Even if you have kind of a multiple microphone array, that's still not very good when you compare that to a nice lavalier like I'm wearing here. Or a nice hand held mic if you get it nice and close, or even a shotgun microphone. All of those are going to be vast improvements over what you have now. You're also going to need some way to get the audio from the microphone into the computer with as little noise as possible. Now in some instances, depending on the particular camera and and the microphone. You might be able to get away with piping the audio into the camera. In most cases that's not going to work, because the microphone input in the pre amp system on the camera we're going to be looking at is just Not good enough. So you're going to need a dedicated system for getting that audio into the computer in a very low noise, high quality way. So, you're going to need some kind of USB audio interface and we're going to be taking a look at those coming up later. The next thing to look at is the video side of the equation. So we're gonna be looking at cameras. You're going to need a camera. And don't worry. We're gonna be talking about how you can use a very cost effective, consumer grade camera to get you going and get very high quality picture. You're also going to need to get this video signal into the computer. So you're going to need some kind of capture device. And we're going to be taking a look at. Those in an upcoming lesson as well. Now to make everything look really great, we're gonna have to address the lighting. So we're gonna be taking a look at some different lighting solutions and how to light things to make you look really great. Because the quality of the lighting is directly proportional to the quality of the video. Bad lighting, even with a great camera, still looks bad. But great lighting, even with a pretty inexpensive camera looks great. So we're gonna be taking and look at how to light and what kind of options you need for lighting as well. You're going to need something to set in your camera on to make it nice and stable and position it. So we're gonna talking about some camera support as well. Now you're also going need a computer to make all of this work. And I'm sure you'd probably knew that but it's worth mentioning that. You're going to need a reasonably fast machine with either USB 3.0 or Thunderbolt to get the video in, in a very high quality way. The solution we're going to look at in this course is going to be USB 3.0. So if you want to follow along exactly you need a computer that can do USB 3.0. But those are very common these days so that shouldn't be a problem. So now that you have an idea of the general pieces and parts that you're going to need to make this work. It's time to talk about cameras, and that's coming up next.