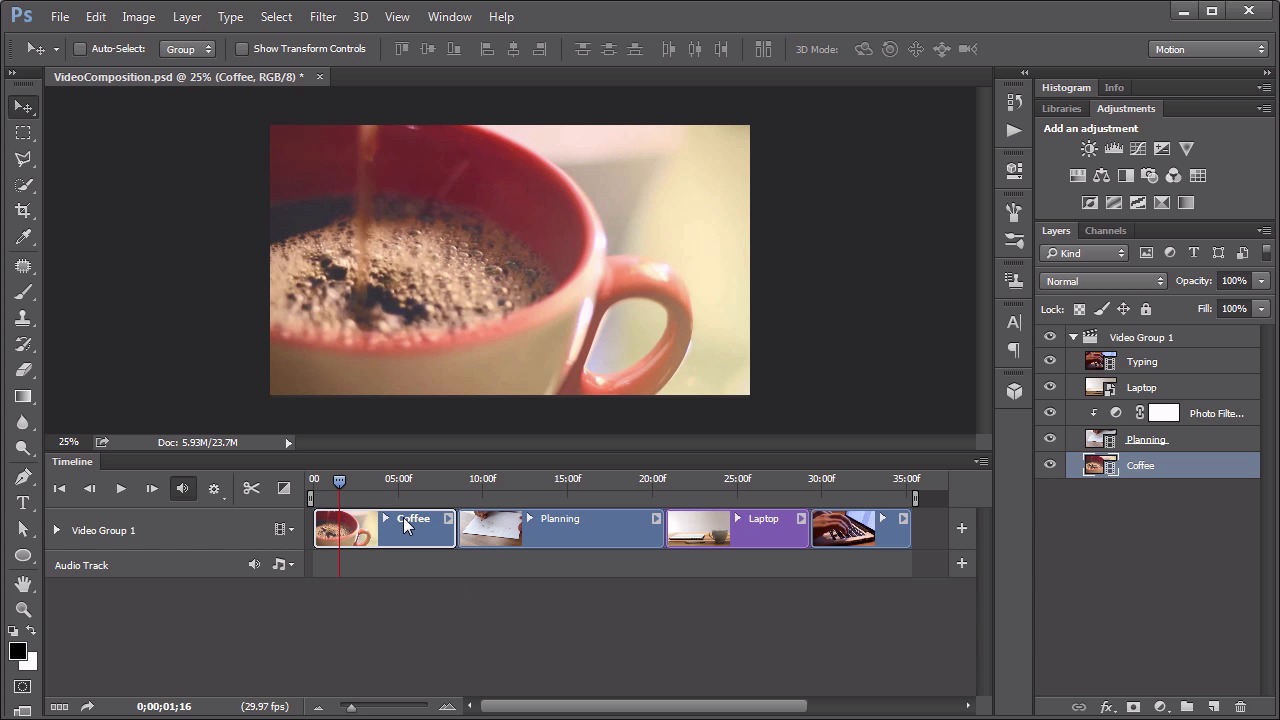 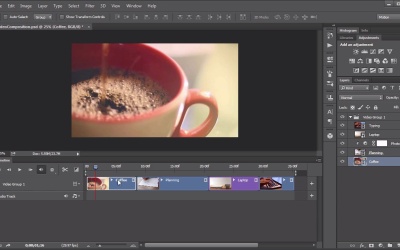 All of Photoshop’s regular image-editing tools are still available for video too. This lesson works with various adjustment layers and other photo correction features.